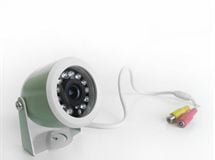 FIGURES released under the Freedom of Information Act demonstrate ‘no link’ between CCTV coverage and crime-solving rates in London, according to the UK’s Liberal Democrats. A study of the capital’s publicly-funded camera network, owned by local councils and Transport for London, found that police are no more likely to solve crime in areas with the most cameras. According to the figures, 80 per cent of the boroughs with the highest number of cameras had below average crime-solving rates. Meanwhile advocates believe CCTV’s real power lies in preventing crime in the first place and that, along with features like street lighting, it can help members of the public feel safer on the streets.Around 200 million pounds a year is spent on video surveillance in the UK.