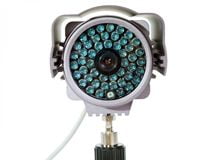 The lens is made up of a pair of water droplets, which
vibrate back and forth upon exposure to a high-frequency sound, and in turn
change the focus of the lens. By using imaging software to automatically
capture in-focus frames and discard any out of focus frames, the researchers
can create streaming images from lightweight, low-cost, high-fidelity miniature
cameras.

“The lens is easy to manipulate, with very little energy,
and it’s almost always in focus — no matter how close or far away it is from an
object,” said project leader Amir H. Hirsa, professor and associate department
head for graduate studies in the Department of Mechanical, Aerospace and
Nuclear Engineering at Rensselaer. “There is
no need for high voltages or other exotic activation mechanisms, which means
this new lens may be used and integrated into any number of different
applications and devices.”

Most current methods for manipulating liquid lenses
involve changing the size and shape of the area where the liquid contacts a
surface, in order to bring an image into focus. This takes both time and
valuable energy. Hirsa said a key feature of his new technique is that the
water stays in constant, unchanging contact with the surface, thus requiring
less energy to manipulate.

To do this, his new method couples two droplets of water
through a cylindrical hole. When exposed to certain frequencies of sound, the
device exploits inertia and water’s natural surface tension and becomes an
oscillator, or something akin to a small pendulum: the water droplets resonate
back and forth with great speed and a spring-like force. Researchers can
control the rate of these oscillations by exposing the droplets to different
sound frequencies.

By passing light through these droplets, the device is
transformed into a miniature camera lens. As the water droplets move back and
forth through the cylinder, the lens moves in and out of focus, depending on
how close it is to the object. The images are captured electronically, and
software can be used to automatically edit out any unfocused frames, leaving
the user with a stream of clear, focused video.

“The great benefit of this new device is that you can
create a new optical system from a liquid lens and a small speaker,” Hirsa
said. “No one has done this before.”

The size of the droplets is the key to how fast they
oscillate. Hirsa said that with small enough apertures and properly selected
liquid volumes, he should be able to create a lens that oscillates as fast as
100,000 times per second — and still be able to effectively capture images.

“By using imaging software to automatically capture
in-focus frames and discard any out of focus frames, the researchers can create
streaming images from lightweight, low-cost, high-fidelity miniature cameras”