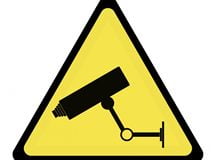 TWO keys to the system are the ongoing development of a
modulator that would feed a rapid-fire series of randomized images to the
sensor, and the compressed sensing algorithm that turns the raw data into an
image.

The advances “could make for very inexpensive security
and scientific cameras in the near future,” said Richard Baraniuk, Rice’s
Cameron Professor in Electrical and Computer Engineering, who helped make a
proof-of-concept prototype that used 600 sheets of copper (which blocks
terahertz radiation) through which random holes had been punched as the
modulator.

“There’s very good reason to believe you could build a
terahertz modulator that could do that same task electrically, and very fast,”
said Daniel Mittleman, a Rice professor in electrical and computer engineering,
who is testing a 4-by-4 array of metamaterials supplied by Los Alamos National
Laboratory that become opaque to terahertz radiation when a voltage is applied.

“There are lots of applications for terahertz imaging, if
you could make a real-time imager that’s sensitive enough. Some of them are
pretty science-fictiony, but some are pretty realistic,” Mittleman said. “I
think this is really promising.”

Terahertz radiation, which occupies space in the
electromagnetic spectrum between infrared and microwave, penetrates fabric,
wood, plastic and even clouds, but not metal or water. Unlike X-rays, T-rays
are not harmful, and cheap T-ray cameras may someday be used for security
screening in airports, supplementing traditional X-ray scanners and
walk-through portals.

In addition, hyperspectral capabilities inherent in even
basic single-pixel cameras make them useful for all kinds of things, said Kevin
Kelly, associate professor in electrical and computer engineering.

“Current cameras break an image down into red, green and
blue. But this system breaks down every pixel into all the individual
wavelengths that make up a color.

“If you want to know whether that green object over there
is a bunch of trees or a tank painted green, this system will tell you,” he
said.

Rice introduced its research into the single-pixel camera
two years ago. The technology made waves when it was introduced, and advances
have come quickly, particularly in the compressive sensing algorithms that make
it possible to do with one pixel what takes commercial digital cameras
millions.

“Current cameras break an image down into red, green and blue. But this
system breaks down every pixel into all the individual wavelengths that make up
a color”