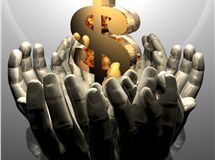 Panasonic would at the same time become the world’s
second-largest conglomerate with a major electronics division, behind General
Electric and surpassing Hitachi Ltd as the biggest electronics maker in Japan.

“Strategically (the deal) makes sense, though it
doesn’t necessarily make sense for Panasonic to take on every single bit of
Sanyo Electric,” said Hannah Cunliffe, fund manager at Germany’s Union
Investment, which holds Panasonic shares. “There has to be some…restructuring.”

The announcement was well flagged and sources said last
weekend that Sanyo and Panasonic, which sits on $US10 billion in cash, had
agreed in principle to a deal. Panasonic, the world’s top plasma TV maker
formerly known as Matsushita Electric, wants Sanyo because of its leading
position in rechargeable batteries, which are widely used in mobile phones,
PCs, music players and increasingly to power cars.

“Adverse business conditions are making it difficult
for us to achieve the kind of growth we have been striving for,” Panasonic
president Fumio Ohtsubo said at a news conference. “We need a new growth
engine within our group.”

Panasonic was founded 90 years ago by Konosuke
Matsushita. Sanyo was formed soon after World War 2 when Toshio Iue, his
brother-in-law and right-hand man in the early days of Matsushita, broke off on
his own.