Voices in your head 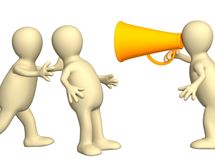 YOUR customers go with VoIP because it’s inexpensive – very
inexpensive compared to standard phone calls. Trouble is, sharing a space with
VoIP can be a challenge for many alarm systems. The last thing you want is to
install a solution that keeps dragging you half-way across town for constant
tweaking.

VoIP is essentially a process where a phone is connected
to the Internet via a VoIP adapter in the same way any computer gets connected.
This adaptor imitates the way a switched phone line functions but uses the
Internet as the calling path rather than the phone line itself. It’s confusing
in a way because all this is going on across the same piece of copper. The key
is to think of these different paths as being different frequencies on the same
physical copper line, with each frequency having a different bandwidth and
being modulated onto a different voltage.

You can connect the IP-addressed interface device to the
Internet via a cable modem, DSL adapter, or some other ISP link, and then just
plug in an ordinary telephone. Coolest of all, once the setup is activated and
programmed, that VoIP adapter offers users a dial tone like an ordinary phone.

If a call is made, the analog signals passing through the
microphone of the phone handset are sampled and converted into IP data packets,
then transmitted over the Internet, where they are converted back into analog
at the receiving end – the speaker in the handset. It’s as simple as that.

You’d think an ideal way to get around the problems is
for alarm signals to share a space with VoIP but there are challenges with this
approach. A report from the Canadian Alarm and Security Association found while
testing such systems that although pulsed alarm reporting formats were ok to
send over VoIP services, Contact ID – a DTMF format – had problems.

A key challenge for alarm comms when traveling over the
Internet is latency caused by high traffic through ISP hardware. It’s thought
this is central to problems encountered when transmitting DTMF signals across
the Internet – especially when signals are re-routed in order to overcome local
congestion.

As a result of the uncertainly surrounding reliability,
VoIP product suppliers say dialers should not be linked to their services. This
is partly due to problems with signal transmission and partly because Internet
services need to be separately powered – unlike PSTN phone services that
receive their power from the local exchange.

“Because VoIP systems utilize digital communications, the
conversion of the beeps and tones are not always translated correctly. This can
result in an alarm signal not being recognized by its central monitoring
station”

So even if installers chose to attempt linking dialers to
VoIP adapters, they’ll need to come up with a way to tidily and securely get
dialer signals to the adaptor – that means from the panel to the computer
closet or an office location. The connection would also need to be set up to
allow the alarm system to seize the line in the event of an alarm.

Regardless of whether or not their customers are
employing VoIP, installation companies need to ensure their systems support the
format allowing easy connection in the future. Panels need to be programmed in
VoIP capable formats and failed tests need to be followed up to ensure alarms
are not being inadvertently disconnected as part of VoIP upgrades undertaken by
customers or computer contractors.

Installers need to make sure they inform clients that
compressing alarm signals during analogue to digital conversion may make them
unreadable to PSTN receivers in monitoring stations. They also need to
highlight the fact that because the Internet is less reliable than PSTN
connections, dialer backup should be used regardless of other comms
technologies employed. Some problems that can be encountered when VoIP and
dialers co-exist include:

* Signal Distortion – Most alarm systems were designed to
transmit alarm

signals as a series of beeps and
tones over analog phone lines. Because VoIP systems utilize digital
communications, the conversion of the beeps and tones are not always translated
correctly. This can result in an alarm signal not being recognized by its
central monitoring station.

* Power Failure – In the event of a power failure, cable
modems and DSL lines will not work unless there is an on-premise power backup or
generator. Losing power, can mean losing communication with the outside world.
Not only will the alarm system not be able to communicate with the central
station, it will not be able to dial 911 or access other emergency services.

* Line Seizure – Alarm systems are designed with line
seizure capabilities – enabling them to take over an open phone line to communicate
with the central monitoring station in case of an emergency. Often, the cable
company or ISP will actually install the VoIP modem in a residence by
‘back-feeding’ the house circuit and disconnecting the old telephone circuit as
it enters the premise.

Because the alarm control panel is configured to have the
telephone circuit connected first, ahead of any telephone instruments, it can interrupt
and disconnect an existing call to give the alarm signal priority.

* Service Outage – Internet service providers and cable companies are also
susceptible to service outages. The Internet is not always accessible to
transmit alarm signals. Service outages, server malfunctions, and system
upgrades and regular maintenance are just some of the reasons that VoIP systems
may not be as reliable as analog phone systems to transmit alarm signals.