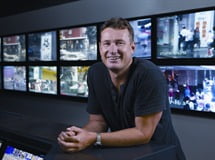 Recent events
seem to underscore that observation but there are other changes occurring too,
and they’re driven by the same reasons. Electronic security manufacturers have
never before adopted such a fluid attitude to sharing their intellectual
property, and they are creating alliances almost too quickly for the observer
to keep up with.

For security electronics newbies this may not seem a big deal but for the old stagers who remember the rivalry between DKS and Kastle Systems and the exact position of all those little magnets, such openness is a real surprise.

What’s going to
be even more surprising is seeing exactly where this new open business model
winds up taking us. Business, after all, is driven by profit, and profit
usually comes from jealously ladling out products or services that are unique
from those of your competitors.

You can see what
the openness is trying to achieve and applaud it. But you can also see what
openness is likely to mean for competition in the longer term. If current
trends are anything to go by, the market is going to look very different as the
next few years plays out. The battle over future firmware functionality is going
to be intense.

A case in point
is the recent push by ONVIF to re-focus on interoperability and easy
implementation as part of its thrust to create an open global interface
standard for network video gear. ONVIF has chosen Web Services as the core
technology for the specification. No surprises there – Web Services is a
framework that supports easy implementation and insists on conformance – how
much conformance? Plenty – there are specifications in the Web Services’ kitbag
for device discovery, security and even handling of events.

According to
ONVIF, Web Services is ideal for implementation in network-based products.

“The technology
allows for quick and easy integration thanks to source code generation through
standardized WSDL (Web Services Description Language),” says ONVIF. “Data type
conformance comes automatically with the generated code, relieving developers
from making their own interpretation of the interface. This approach eliminates
the risk of misinterpretations and ensures conformance to the interface
specification.”

It’s impossible
not to agree with ONVIF and other groups working towards interoperability in
networked systems – we need it. But while this developer-friendly platform will
enable efficient development of conformant products, just as ONVIF says, it’s
less easy to see exactly where things will go once everyone’s products run on
everyone else’s systems.

As the points of enforced
differentiation shrivel, competition is likely to depend on factors like price,
low cost software development, leveraging of corporate relationships and the
ability to build extremely reliable and mechanically simple hardware that can
handle multiple firmware upgrades throughout its long life.

While it’s
tempting to feel bleak about the creation of a blandly level playing field
dominated by a handful of companies with extremely deep pockets, that future is
not certain. The electronic security industry has always had a loyalty to field
performance that transcends strategic