Thermal & Analytics: A Match Made in Heaven? 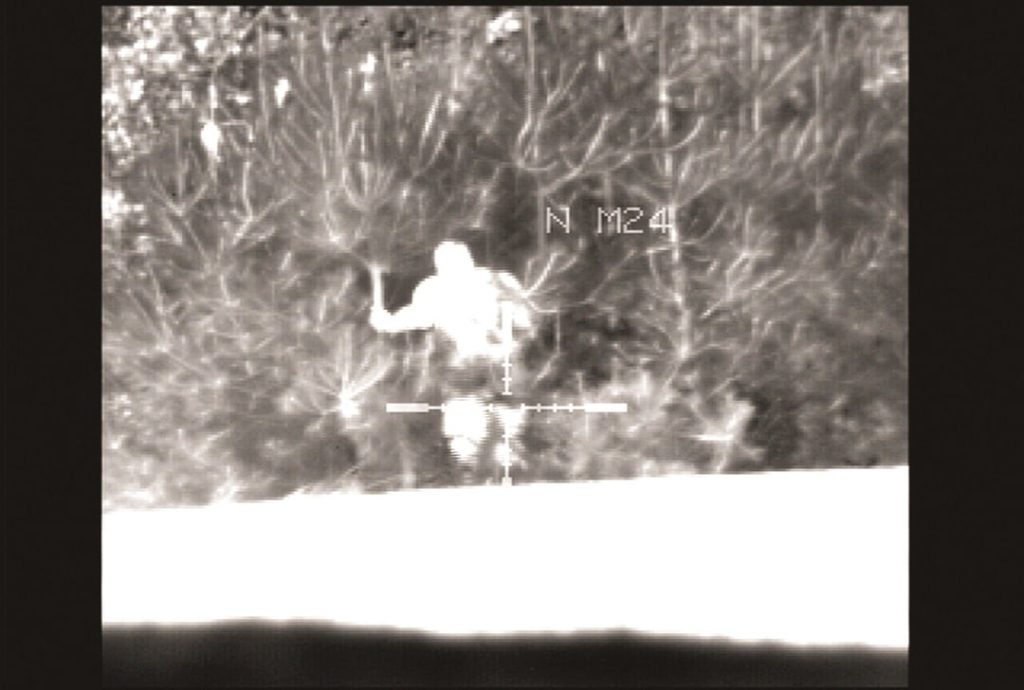 A capable thermal camera with analytics and generate an alarm when intruders are still thousands of metres away.

Arguably the most robust and efficient intrusion detection technology on a dollar for dollar basis, thermal sensing has found a match made in heaven with deep learning and the combination could revolutionise local and remote monitoring and response services internally and externally, regardless of light levels or weather conditions.

Thermal detection is a righteous technology that’s just as effective over close ranges as it is when defending bridges, solar farms, industrial applications and port facilities with perimeters thousands of metres in length. On the basis of area, it’s the cheapest intrusion detection technology by a significant margin.

The key thing about thermal detection is that it applies to everything, because everything has thermal emissivity and those differences in emissivity can be measured. Add deep learning to the mix and you end up with a solution that is highly discerning and learns from its mistakes, becoming more and more effective over time.

According to Avi Gerbi of FLIR, thermal imaging has a rich history in defence and border surveillance and the technology has flowed into the commercial market over the last decade.

“On the battlefield and in surveillance applications, the key advantage of forward looking infra-red (FLIR) thermal technology has been its ability provide high contrast images of living beings 24/7,” Gerbi explains.

“Thermal imaging could be viewed as condition agnostic, meaning detection rates are not as heavily effected by weather or temperature which provides video analytics algorithms the most reliable data to effectively classify objects – critical to this are thermal contrast, pixels on target and thermal sensitivity.

Meanwhile, Axis’ Wai King Wong says that unlike conventional optical cameras, thermal cameras definitely have an advantage when it comes to the ability to detect intrusion events.

“This comes as a result of the difference in technology between the 2 types,” explains Wong. “Where conventional optical cameras capture an image using light reflecting off surfaces back into the lens, a thermal camera reads the thermal signature being emitted from a surface and this difference in technology means that thermal cameras are typically not subjected to the same challenges as optical cameras. These challenges include low light, strong backlight, smoke, fog, dust, and rain, to a certain degree. It is because of this, that thermal cameras in most cases are heavily utilized for detection, especially for perimeter protection applications.”

When it comes to the qualities should integrators and end users should seek in thermal cameras used with analytics, Wong argues it’s best to break this question into 2 parts, both of which will have equal value when it comes to determining a suitable solution.

“First is the quality of the image, or how usable is the image being generated,” Wong explains. “This does not necessarily mean higher resolution as most analytics scale the resolution down before being analysed. Rather, what is the important aspect would be the contrast of the thermal image being generated – how well it’s able to differentiate between temperature variations and represent that with clearly different colour tones in the image digitally generated. This becomes important for analytics we plan to use later, as it dramatically improves accuracy.

“The second equally important factor is what is being done with that image by way of analytics and integration of said analytic with a VMS/SMS platform. Typically, prior research should first be done into what type of analytics is available out in the market, then identify those which is able to solve the customer needs. Next stage is to then choose an appropriate VMS/SMS platform as this is going to be the platform/interface an operator will use to access and receive detection from both the camera and analytics.”

According to Will Hasna of Bosch, analytics and thermal cameras have the capacity to change the way perimeter detection is handled.

“Absolutely, they do,” he says. “Thermal technology is very good for use in perimeter detection applications as you can detect objects over a long range. If you couple this with the ability for that thermal camera to not only detect that there is an object 150m away, but that the object is classified (via the analytics) as an upright person and you can measure the flow direction of that person, you have a better understanding of the behaviours around the perimeter line.

Add to this the ability to trigger an analytic rule and command a conventional PTZ to a predetermined zone and turn on the white light illumination that we deploy in our Bosch MIC, and this becomes a very powerful perimeter protection combination, indeed.”

Meanwhile Branon Painter of Pelco says security operators can use video analytics to monitor gates and other physical barriers as well as establish a virtual fence around certain areas of interest.

“They also need to be able to track moving objects in an unauthorized area, even as it moves out of the scope of one camera,” Painter says.

Mike Metcalfe of Milestone agrees the future looks bright for thermal and analytics.

“I think, like the rest of our industry, these technologies are constantly innovating, coming up with smarter, more efficient ways of managing perimeters,” Metcalfe says. “These technologies, coupled with IoT sensors, access control and smart geofencing result in automated processes and actions that could soon become an industry standard.”

“It’s getting close, accuracy has improved, and we have deployed installations as temporary wall during construction and on some solar farms as a virtual fence,” Yousif says. “Whether you’d use them would be depending on the level risk. In few more years, I can see this technology changing the way perimeters are protected.”

And according to Florian Matusek of Genetec, analytics and thermal cameras are already are changing the way perimeter detection is handled.

“Many customers today already rely on thermal cameras with analytics as their primary perimeter detection technology,” Matusek says. “Since any technology has advantages and disadvantages, a highly secure facility will always rely on multiple technologies, but analytics is increasingly a part of that.”