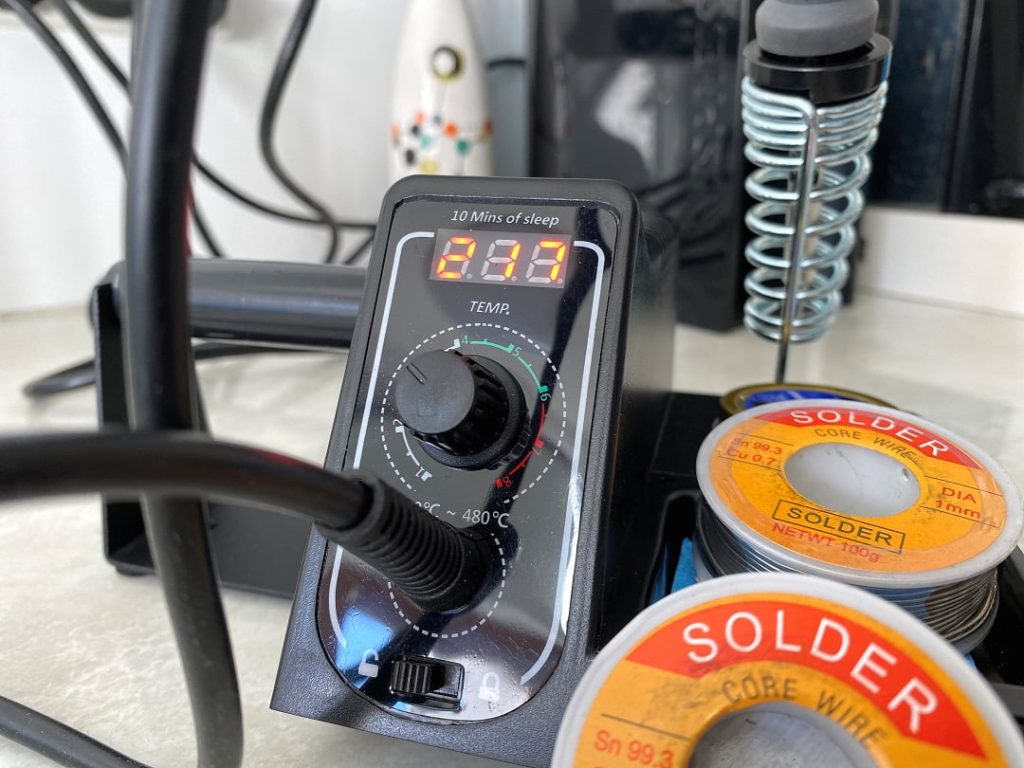 What’s the best of the new lead-free solder mixes for electronic security applications – would you recommend never using lead-based solders – what’s the difference and how dangerous are they?

A: Lead-free solder has a higher melting point, which makes it harder to work with – it’s 217C for lead-free compared to 183C for lead alloys. This also impacts on thermal bounce – the speed at which the iron regains working temperature.

Advantages of lead-tin solders are that they are easier to bring to working temperature, flow well, are shock resistant, have fewer internal flaws in their structure after they have cooled, as well as during the thermal expansion and contraction that occurs during their working lives. Lead also helps eliminate tin whiskers, which are still a nuisance.

In terms of safety, the risks are primarily to the environment. Lead is harmful to the body as it’s so readily absorbed, but a tech would have to ingest lead-based solder by mouth to be harmed by it. Using it carefully and sparingly, disposing of residue, washing hands and avoiding vapours makes the process generally safe. Lead vapours from soldering don’t expose a typical tech to high risk but you should take precautions anyway – mask and keep your iron temperature at the recommended levels, as the risk is greater above 300C.

When it comes to lead-free solder, such alloys are as old as metallurgy – thousands of years old – so they are not new in that sense, though there are new alloys that try to overcome issues technicians must balance. The most common lead-free solder mix is tin-copper, which has a melting point of 217 and mixes 99.3 per cent tin with 0.7 per cent copper.

Tin-copper is a more brittle solder than lead-based alternatives (for cable connections we’d be using 60/40 tin-lead). Tin-copper has a 183C melting point and a 188C liquid point – it’s by working in this plastic range you ensure there’s no weakening of a joint during solidification that will lead to cracking or separation later.

Something else you need to make sure you employ is a resin cleansing flux, which will cleanse surfaces before connection but leave no residue that might harm the physical/electrical connection of your joins. Flux works by cleaning oxidation and eliminating oxygen, so it won’t damage soldering surfaces during the process.

The best lead-free solder is probably Nihon Superior’s SN100C, which is an alloy of SnCuNiGe. It has its melting point at 227C, and the 0.05 per cent nickel makes a shiny joint and reduces copper pad erosion. The 0.009 per cent of germanium promotes wetting and resists waste matter formation on the surfaces of the soldered metal. We’ve never used it, though we have used lead-free solder and yes, it’s fiddlier, but in stable environments can create a workable join without lead.