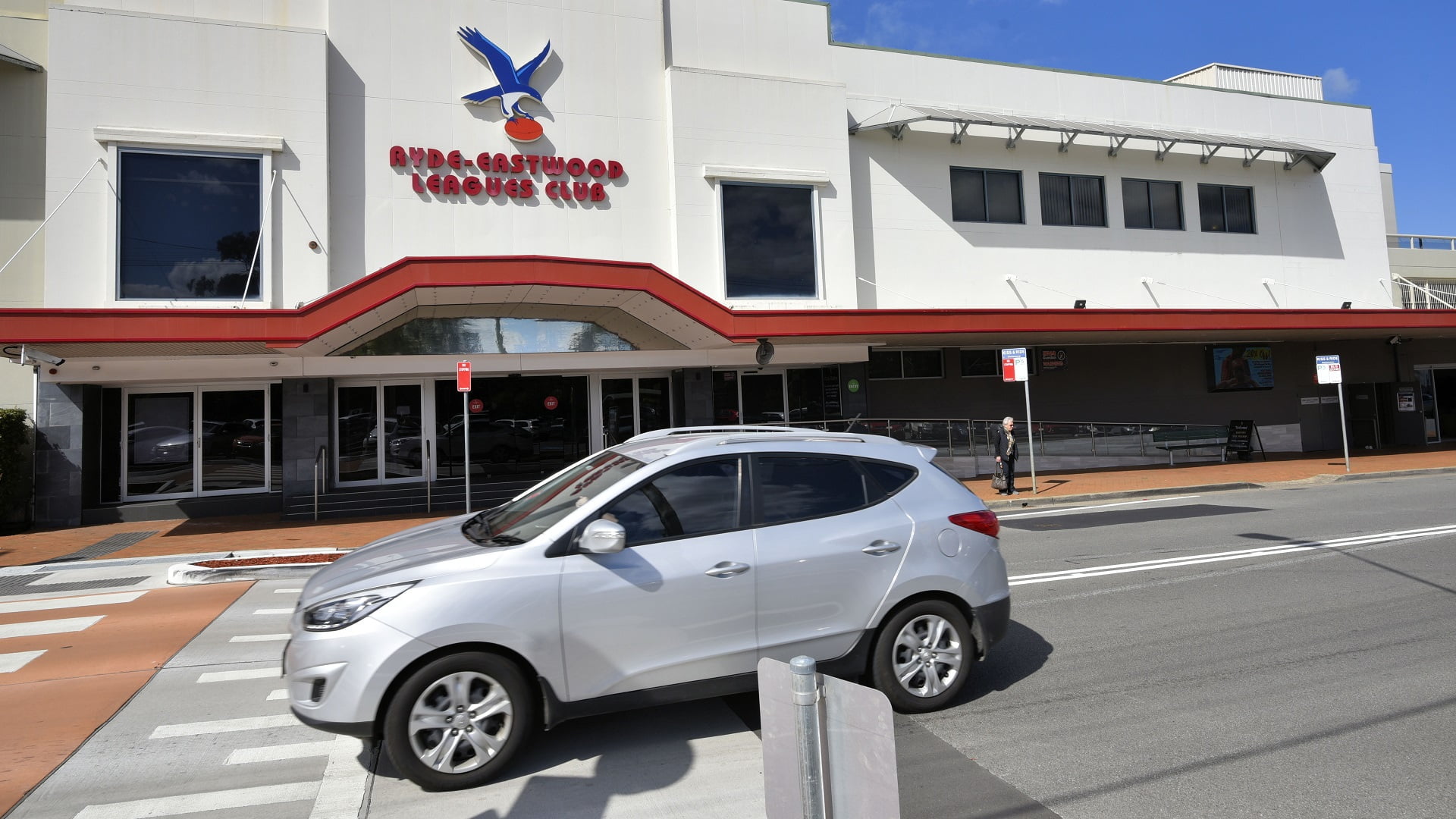 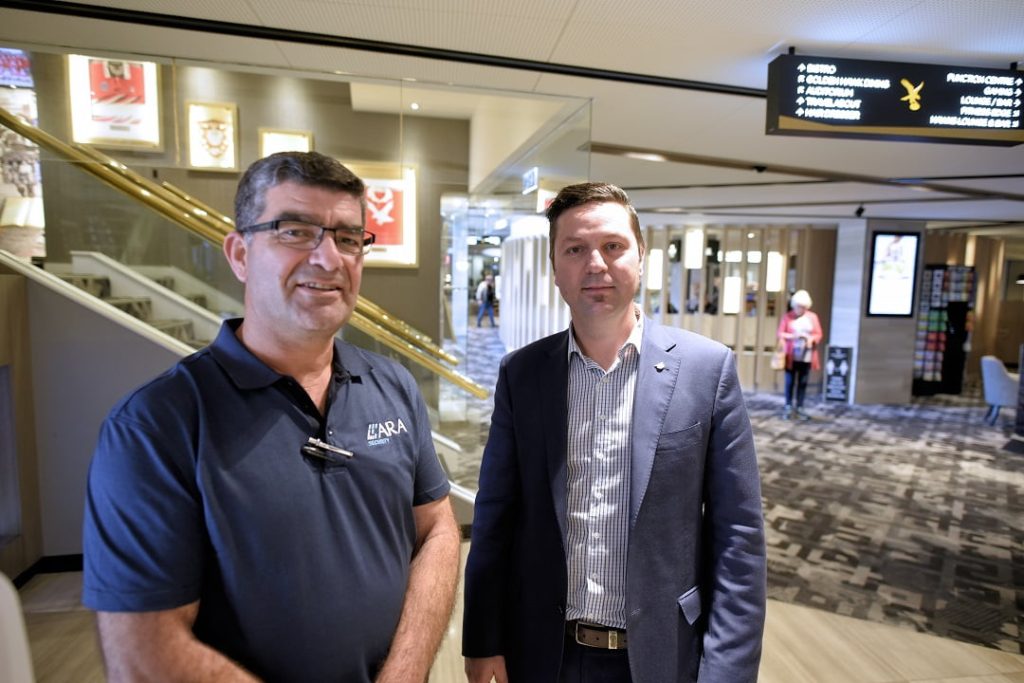 WHEN the COVID-19 pandemic burst across the world in March this year it was almost impossible not to believe life as we knew it would not be back to normal by Christmas. But as the global pandemic continues to unfold, it has become ever clearer this viral outbreak follows no playbook. For older people, or those with compromised immune systems, the virus is deadly, and in certain circumstances, COVID-19 is able to infect dozens of people at a single event through no greater intimacy than shared conversation.

With the first outbreak in Australia quelled by May, a rapid reopening of businesses, combined with a failure to change the nature of simple social interactions, led to a second wave in July, with hard lockdowns driving many businesses beyond the point of no return, as well as costing hundreds of lives – particularly amongst the elderly.

It’s against the backdrop of this unprecedented threat to the health of its members and visitors, as well as to the survival of its business, that Ryde Eastwood Leagues Club approached electronic security integrator ARA to discuss using people counting cameras to bolster its COVID safety procedures.

According to Carl Pozzato, Ryde Eastwood Leagues Club’s chief executive officer, management started to think about using electronic security solutions to assist COVID-19 management procedures earlier in the year and, after speaking with ARA, Ryde Eastwood Leagues Club decided Hikvision cameras and a Hikvision NVR installed on a VLAN separated from its existing CCTV system was the simplest and most functional solution.

According to David Vella, project supervisor at ARA, the company has been working with Ryde Eastwood Leagues Club for many years and as NSW began to open up after the first COVID-19 lockdown, club management approached the ARA team looking for ways to enhance patron safety and automate people counting functions, the latter of which was proving an expensive challenge to undertake manually.

“We have been providing solutions to Ryde Eastwood Leagues Club for 20 years and their team will always ask for our advice when it comes to electronic security solutions,” Vella explains. “After a conversation with club management, we did some research and then spoke with Hikvision about its new AI, including people counting, technology.

“The system we’ve installed is built around a Hikvision AI NVR in the comms room, with people counting cameras installed above entry and exit points to detect ins and outs at the clubs main entry and in the corridor leading from the club to the gym. A system like this is about resources – it frees staff up – this system automatically manages procedures without staff needing to get involved unless there’s an issue.”

The system installed by ARA for Ryde Eastwood Leagues Club incorporates Hikvision’s DS-2CD6825G0/C-I(V)S is a people counting camera that supports the separate counting of people entering, exiting, and passing by a given area. The camera combines basic event technology, such as motion detection and video tampering alarm, and people counting technology. This PoE camera has a 1/2.7-inch progressive scan CMOS sensor delivering 1920 x 1080 resolution, a 2mm fixed lens, an aperture of F2.25, WDR functionality and a range of 6m.

When security managers and integrators think about video analytics, it’s hard not to think about server-based systems that must be custom-built and require a long and painstaking period of commissioning. Walking through this system clearly showed that times have changed. Key to the application at Ryde Eastwood Leagues was that while tweaking the system after installation was still the most complex part of the integration, the AI functionality was virtually plug and play.

“Like most electronic security technologies, everything runs on Cat 6 these days – there is a local hub and there’s power to the NVR and Cat 6 runs from NVR inputs to cameras – all very simple,” Vella says. “However, being our first application of this type, it took a bit longer than it otherwise would have.

“The application evolved a bit, too. Once the basic system was installed, there was integration with the paging system for immediate alerts. In this application, paging comes from the camera contacts, while emails containing alarm event images are generated and actioned via the NVR.

“In terms of the actual install, the club’s IT department installed a switch in the foyer on a VLAN and ARA installed the cameras on one side of the switch, with the sign-in terminals, and the NVR in the comms room on the other. The people counting cameras, are all just inputs onto the NVR’s network – 7 inputs in total. There’s also a digital signal box installed in the foyer that generates the screen showing people counting,  as well as the club’s marketing.

“When it came to support, Hikvision was very good. Because we were demanding some things they weren’t prepared for, the Hikvision team adapted firmware for us, which was great. They were also very quick to respond to requests for help – they got back to us immediately – we can’t commend them highly enough on their customer service,” Vella said.

Importantly for a system like this one, there’s an element of set and forget. Once up and running, the solution undertakes its complex tasks with no need for input from staff until they are alerted to a situation that demands intervention. According to Pozzato, the system’s ability to support club procedures is key.

“If there’s a people counting event, the NVR emails the image from the camera to an email address on the network,” he explains. “Under the new COVID safety regulations, this building can hold 600 patrons in 2 zones at any time – that’s 300 per level, not including the gym,” Pozzato says. “There have been 6 occasions when we’ve had the lower level get close to its maximum and have only allowed people into the top level, while also manually ensuring people don’t come from the upper level to the lower level until numbers have reduced.

“To ensure staff have time to act, we have set our alert threshold per level lower than 300 – once we hit 270 we start doing manual counting and we implement a one in and one out rule – the numbers game is important to us and that will become a bigger issue as we get into summer, which is typically a much busier time for us.”

“We could not use our legacy counting system post COVID lockdown – it was not accurately telling us the numbers that came into the building,” Pozzato explains. “Staff had to manually count the numbers each floor with patrons constantly moving around – the closer we got to the maximum, the more of a concern manual counting became.

“But with this Hikvision people counting system we have an exact number, so we can build in a buffer and we can start managing numbers immediately we reach that buffer threshold with total confidence. This means that even at busy times we are always just under our maximum. The system also tells the team when the site is back below the threshold and they can stop implementing one in/one out procedures.”

“When we started this process, we considered segregating certain areas in terms of numbers – areas like dining, gaming, the auditorium,” Pozzato says. “While we are not managing the site that way with the current people counting system, gathering that information would still be useful for us from a management point of view. We are also looking at doing some renovations which may create another possible entry point which would need to be managed, too.”

Adding to the complexity of the installation is that the Ryde Eastwood Leagues Club site incorporates a gym that is not part of the club – this has to be managed to the same safety standards but must remain separate in terms of people counting.

“Because of the gym, this wasn’t only about keeping track of who is in the club – if they go downstairs and walk through the corridor and into the gym they are not part of the club anymore, so they need to be counted out of the club and into the gym – so we needed that functionality, too,” Pozzato says. “We also needed to be able to count gym members back into the club if after a workout they return for a coffee or a meal. There are 2 cameras upstairs and 3 cameras downstairs to handle this counting process.”

Part of the overall solution is a monitor that displays the customer count so staff can keep track of numbers at a glance.

“An accurate people count also helps us support licensing police – when they come in we can point to the monitor and know with complete certainty that those are the true numbers – the alternative is multiple team members undertaking manual counts that end up being an approximation as there are always double counts or people missed.

“We also know how many people are in the gym – that’s not on the monitor here in the foyer but we can access that information easily, too. From a peace of mind, as well as a promotional point of view, the monitor has been great, as it shows staff the number of patrons in the club.”

During the visit we take a look at the setup in the foyer – I can see the people counter on the monitor shows the overall number is currently at 260 – you get a sense of just how easy it would be to lose track of numbers if the automated people counting system was not doing the hard work for you.

There’s a people counting camera installed on the ceiling above the inward and outward lanes of the main entry point – the internal access point leading to the gym also features a camera that counts gym members out of the club as they head to exercise, then counts them back into the club should they return the same way. It’s simple but effective. Standing in the foyer watching the monitor you can see there is virtually no latency in the counting process.

According to Vella, the system installed at Ryde Eastwood Leagues Club not only makes the club safer, it makes managing the club easier, too.

“We probably haven’t had a bigger roll-out of such systems because no one really understood how long COVID-19 was going to continue,” Vella says. “Many people thought that by September, things would be back to normal. But I think everyone now realises that COVID-19 may still be a serious challenge in September 2021 and we must do all we can to plan ways to manage it.”

For Pozzato, the people counting cameras are an extension of the club’s existing policies.

“From our perspective, the system is about doing everything we can to ensure the club is as safe as it can be for staff and patrons,” Pozzato says. “We have a policy of using technology to make visiting the club easier and to make members feel more welcome – this system is part of that.

“For me, even before we reopened the doors back in March, I wanted whatever technology we used to be welcoming. and this Hikvision solution is not intrusive at all. Importantly, customers like the new system and say they feel better knowing they are being counted when they visit the club – not only on for of their own health and safety but to help ensure the health and safety of other club members as well.”