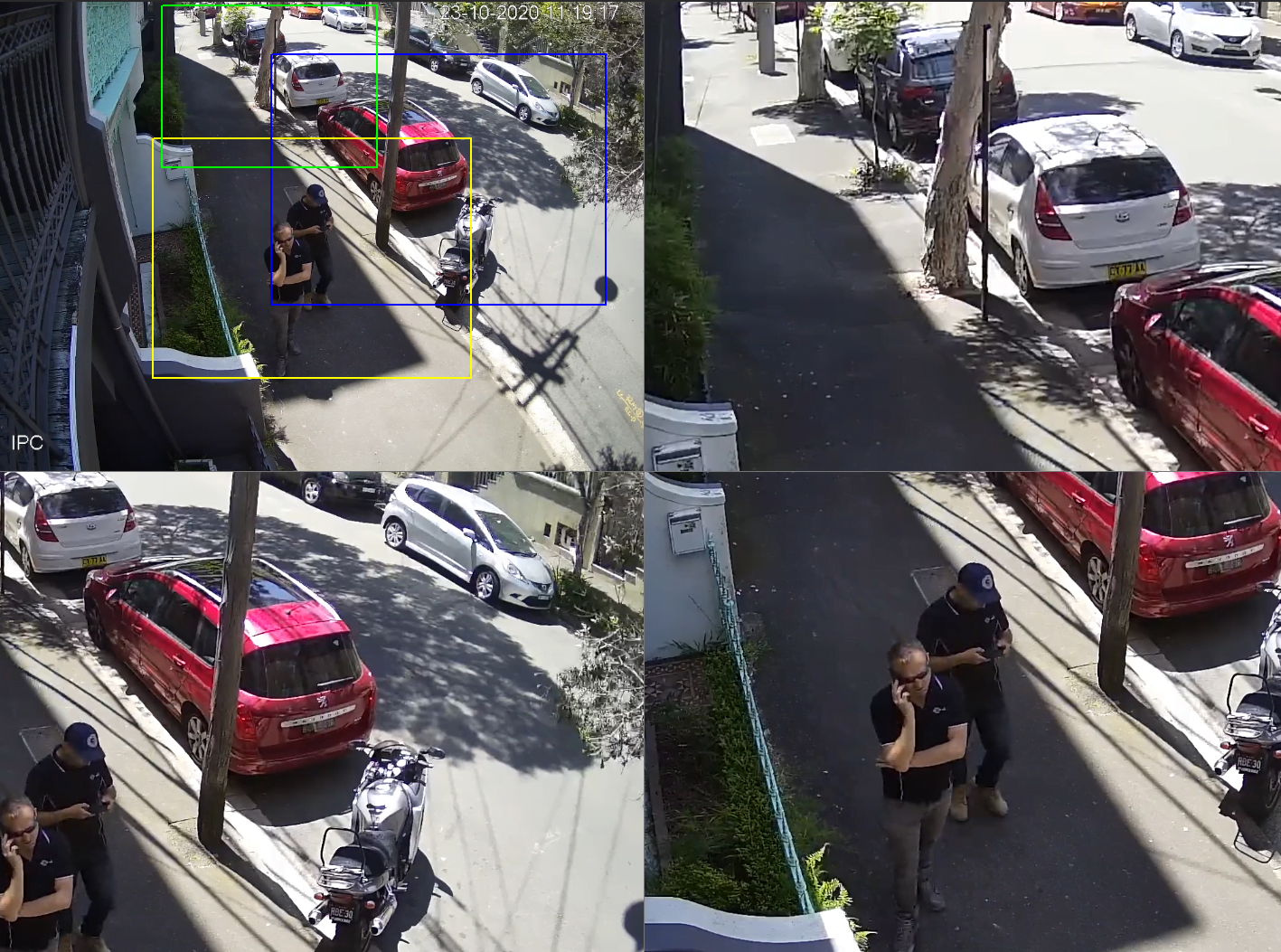 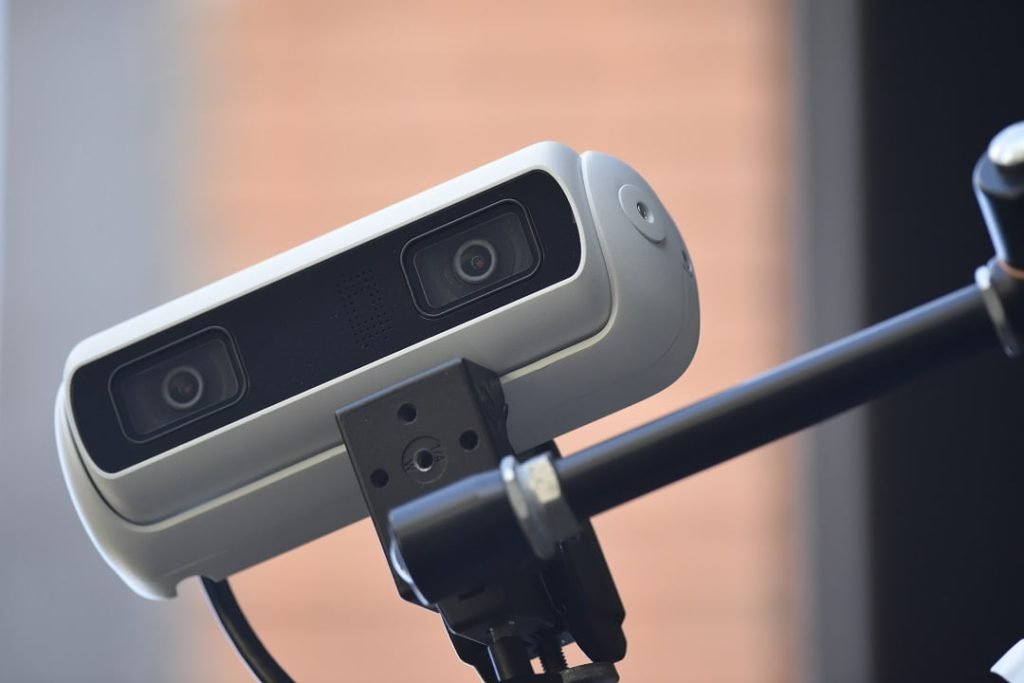 Big image shows a touch of blur in deep shade.

DAHUA’S Dual Lens DH-IPC-HDW8341X-BV-3D 3MP WizMind is a day/night camera with IP67 ratings against weather and water, IK10 against vandalism, and tough build quality. During manufacture, the camera passes a series of strict tests on dust and soak, including soaking in 1m of water for 30 minutes, and withstanding 5 impacts from a 5kg hammer falling from a height of 40 cm with a 20J impact.

Out of the box this camera is compact and comparatively weighty, with a metal housing. The camera specifications are strong, too, with IR support for night work and plenty more, including a 30 per cent variation in voltage, which makes marginal installations more reliable.

There’s a question to answer here – with the lenses separated by most the body of the camera, does the Dahua Dual Lens have 2 camera systems? If not, how does the camera engine make use of 2 lenses to enhance functionality? Regardless, the real story with this camera is deep learning-based video analytics, including stereo analysis to deliver fall detection, people approaching detection, people numbers, stay detection and violence detection. There’s also face detection, perimeter protection against people and vehicles, along with a swathe of smart events, including abandoned object, tripwire, detection of fast movement – even detection of facial expressions, like anger.

Before we go on, let’s take a closer look at the specifications. This 3MP WizMind Dual-Lens camera has a 3MP, 1/2.8-inch CMOS that dishes up 2048 x 1536-pixel image streams at 30 fps. Minimum scene illumination is 0.005 lux at F1.6, the signal to noise ratio is 56dB and IR illumination is 20m, which gives you a general idea of the depths of field between which this camera is designed to operate best.

Something interesting about the pair of fixed lenses is their focal lengths, with the first being 2.8mm and the second 3.6mm. The field of view of the 2.8mm lens is 96 x 70 degrees, while the 3.6mm lens has a field of view of 79 x 57 degrees. Operationally, 2 lenses with different focal lengths allow the camera to offer an enhanced depth of field with no moving parts and no need to zoom and refocus. In the field, it’s surprising how effective this capability is – we expect installers and end users will see more of this camera design in the future.

Within its external housing, the entire body of the camera tilts up to 70 degrees and in practise, I find this is ideal for my street scenes, with the camera mounted at around 2.6 metres above the ground. Video compression options include H.265, H.264, H.264H, H.264B, MJPEG (sub stream), Dahua Smart Codec Smart H.264+ and Smart H.265+. Bit rate is controlled by CBR and VBR, as well as digital WDR, backlight compensation, white balance options, including auto, natural, streetlight, outdoor, manual, regional and customer, auto and manual gain control, 3D digital noise reduction and 4 areas of motion detection and ROI.

According the specification, stereo analysis is used for fall detection, people approaching detection, people number error, stay detection, and violence detection. A collection of intelligent alarm functions like this, combined with a dual lens design that enhances depth of field without adding complexity to the camera system, is what makes this Dahua camera special. From the point of view of an end user – whether in retail, healthcare, aged care, corporate or educational applications – there’s a lot of operational power here.

Alongside the hardware specifications, software is a key element of the Dahua Dual Lens camera. Advanced deep learning algorithms support the cameras intelligent functions, including people counting, queue management, stereo analysis, perimeter protection and face detection. Being able to dispense with this functionality in a paragraph doesn’t do the functions due credit, so let’s dig further. When it comes to face detection, the camera can detect, track, capture a series of face images then select the best of these images and store it as a snapshot, as well as emailing it to the security team.

The camera’s perimeter protection functionality is able differentiate between people and cars, allowing alarms to be generated in the event cars are detected in pedestrian areas, or vice versa. One of the strengths of this functionality is that it means tripwire, intrusion, fast moving, parking detection, loitering detection and gathering detection events are shorn of false alarms from the most common causes.

Stereo analysis is another key piece of functionality that’s supported by the additional scene data provided by the second lens, which according to Dahua, allows the deep learning algorithm to create a 3-dimensional image of a scene in order to assess the behaviour of people in the field of view. There are a range of key behaviours that stereo analysis allows the camera to distinguish – these include fall detection for aged care facilities, violence detection for corrections facilities, stay or gathering detection for educational facilities and public surveillance applications. Should such events be detected, the camera will generate an alarm event.

There’s also smart event functionality that covers a swathe of situations allowing the core CCTV monitoring function to be outsourced to the camera itself. Many of these functions are not new but some are cutting edge and will have real appeal to understaffed operations – aged care springs immediately to mind – but almost any operation would benefit, particularly in challenging moments when the security or management team is distracted in real time.

Getting a sense of performance with a camera with this level of capability in the back end takes time, but the first box that needs ticking is baseline performance. It’s clear as soon as the camera is installed out the front that underlying performance is solid – the stereo analysis really does let the Dahua Dual Lens camera do interesting and unexpected things that enhance situational awareness.

Raw camera performance is strongest within about 20 metres, which is what you would expect from a solution like this one, which is designed to support applications like aged care, where its fixed relatively wide-angle lens delivers strong detail across the frame and its smart functionalities alert staff to incidents like falls or wandering.
When viewing this camera as a split screen in real time, something that’s very appealing is the ability to digitally pan and zoom within 3 scenes, with the 4th scene forming a schematic, as well as displaying an overall view of the scene. During my test I use this functionality extensively and in the close and mid-ranges to which the camera is best suited, I don’t find myself longing for greater resolution.

Street performance is excellent with good colour and sharpness shown here – these images are 1080x, not native 1920x.

The performance of the camera on the street is solid with the caveat of CAs in areas of high contrast. Colour rendition is a strength, with subtle variations of tone and contrast that deliver higher levels of detail. There’s also excellent sharpness and the depth of field is pleasing – it marches deeper into the scene than the 20m IR range mentioned before – there are high levels of detail to 30m and strong situational awareness further still. But there is a limiting factor and that’s tilt. If you want to see underneath the camera in the direction the lens is facing, you impose a limit of scene depth through framing. In my opinion, that’s no issue – the camera is framed to 25 metres up the slight grade towards Albion St and that plays to the strengths of the Dahua Dual Lens.

As the day rolls along, I get a good sense of the camera’s abilities. It’s slightly less strong with blur, including fast moving plates, and stronger with people – faces, attire. Part of this comes down to the widish focal length but the modest resolution is feeding into the equation, too. I get good face recognition in the field of view from the Dahua Dual Lens – this performance is very uniform, not only at varying depths of field but in the presence of strong backlight – 70,000 lux in the morning – and in low light in the evening.

There’s some blur around and behind pedestrians at night in monochrome but the camera contrives to deliver useful faces anyway, as well as attire, carried items and associations between groups of people moving around each other. On the street with variable scenes there’s a touch of over exposure on the bright side of the street when the near side is in deep shade but this is not an uncommon characteristic and as the day goes on, it evens out nicely.

But it’s the performance with setting up smart events that’s most important with the Dahua Dual Lens. There’s no question that this solution is very intuitive. Dahua’s Smart PSS (you can also use an NVR to support this camera) makes the process intuitive, simple to understand, and offers easy management of powerful functionalities via tree directories that open setup options for the event settings. Once you’ve opened an event – let’s say it’s fall detection in the Stereo Analysis function – creating, setting and saving rules is very easy, as is drawing the detection zone on the camera image that pops up to the left of the settings panel.

The same simplicity applies to all these smart functions, whether it’s fall detection, people approaching, people standing and more. The settings allow plenty of tweaking, from sensitivity control to duration, repeat alarm, recording, alarm delay, send email, play count with file type for video verification snapshots. Once you’re familiar with the process, it’s quick and simple enough that an authorised operator could create rules on the fly in response to unfolding events.

The SIA’s Security MegaTrends report released recently fingered AI as the number 1 trend of 2020 – manufacturers like Dahua have been working on AI for a number of years, creating solutions with a pointy operational focus that are designed to enhance security and efficiency. The Dahua Dual Lens delivers in this regard. It’s a rugged camera designed to survive in the worst conditions while actively assisting security teams manage challenging applications.

Importantly, the baseline camera performance is sound – that makes the comprehensive AI functionality even more useful in the real world. Something else that’s worth pointing out is the ease with which this functionality can be delivered to a field of view. The interface offers simplicity and power, and combined with the camera’s solid imaging credentials, those integrated smarts make this Dahua Dual Lens camera well worth a look.