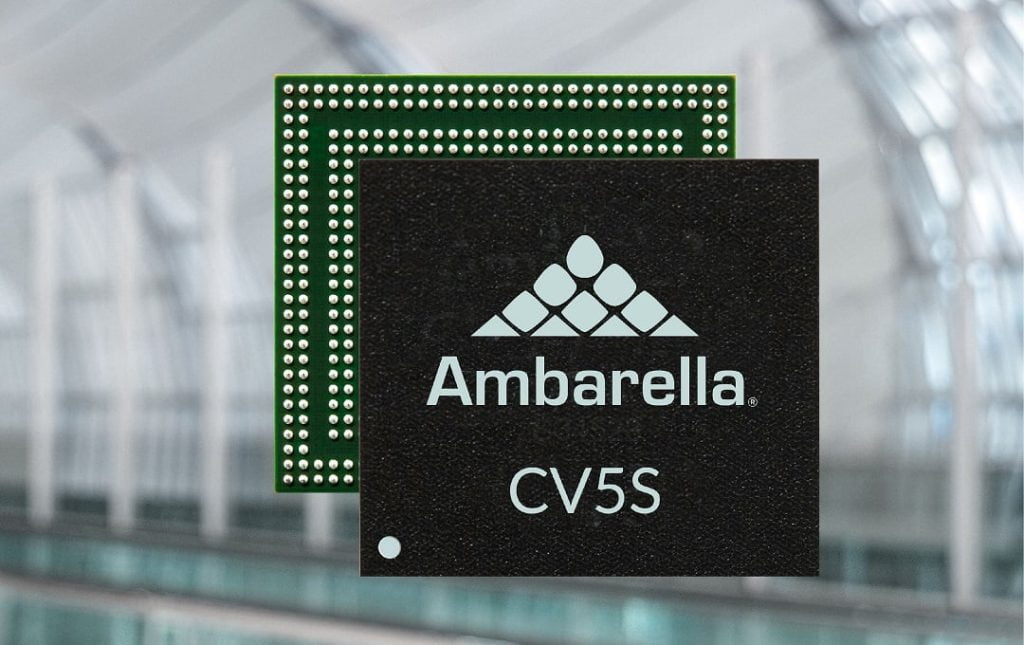 Ambarella has announced the expansion of its AI vision SoC portfolio with the new CV5S and CV52S security families used in many CCTV cameras delivering analytics at the edge.

The CV5S family is designed for security camera applications that require multiple sensors for 360-degree coverage, over a wide area and with a long range, such as outdoor city environments or large buildings. Meanwhile, the CV52S family is designed for single-sensor security cameras with advanced AI performance that need to identify individuals or objects in a scene, including faces and license plate numbers over long distances, such as ITS traffic cameras.

The new CV5S SoC family supports multi-imager camera designs and can simultaneously process and encode 4 imager channels of up to 8MP, or 4K resolution, each at 30 frames per second, while performing advanced AI on each 4K imager. These SoCs double the encoding resolution and memory bandwidth while consuming 30 per cent less power than Ambarella’s prior generation.

The new CV52S SoC family targets single-sensor security cameras and supports 4K resolution at 60fps, while providing 4x the AI computer vision performance, 2x the CPU performance and 50 per cent more memory bandwidth than its predecessors. This increase in neural network (NN) performance enables more AI processing to be performed at the edge, instead of in the cloud.