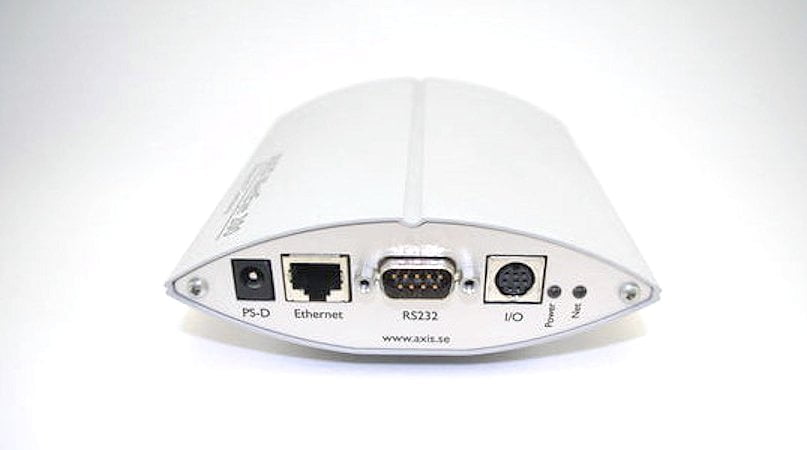 Axis Communications is celebrating the 25-year anniversary of its development of the network IP camera – in 1996, Axis connected a camera to a network and with that, the world’s first network camera was born.

The world’s first IP camera had a focal length of 3.8mm, claimed minimum scene illumination of 10 lux and compressed images in colour JPEG at 352 x 288 pixels with file sizes being 10 and 23Kb, and a refresh rate of 1 image per second. But what pointed to the future most clearly was its browser-based capability, opening lateral applications.

The Swedish-based company has built on its strong heritage of excellence in networked hardware products to become the global market leader in IP-based network video surveillance, driving the evolution from analogue to IP to AI in cameras.

Since 1996 Axis Communications has evolved its IP camera offerings:

“We take pride in our position as the true innovators in network camera technology, and now the extension of that into audio and other associated fields,” said Wai King Wong, regional director for Oceania at Axis Communications.

“The market across Oceania is advanced, receptive to new ideas and constantly looking for the next breakthrough, and we have a large pool of very talented and creative integrator partners here who are constantly looking to innovate as well.

“This all points to a very exciting time for Axis Communications and the next phase of our evolution, as we look to develop the next edition of our ARTPEC chipset, bring in cameras with advanced AI and deep learning capabilities, and keep driving innovation with products like explosion-protected and advanced thermal cameras.

“After 25 years of the IP camera, the future looks very bright,” Wong said.