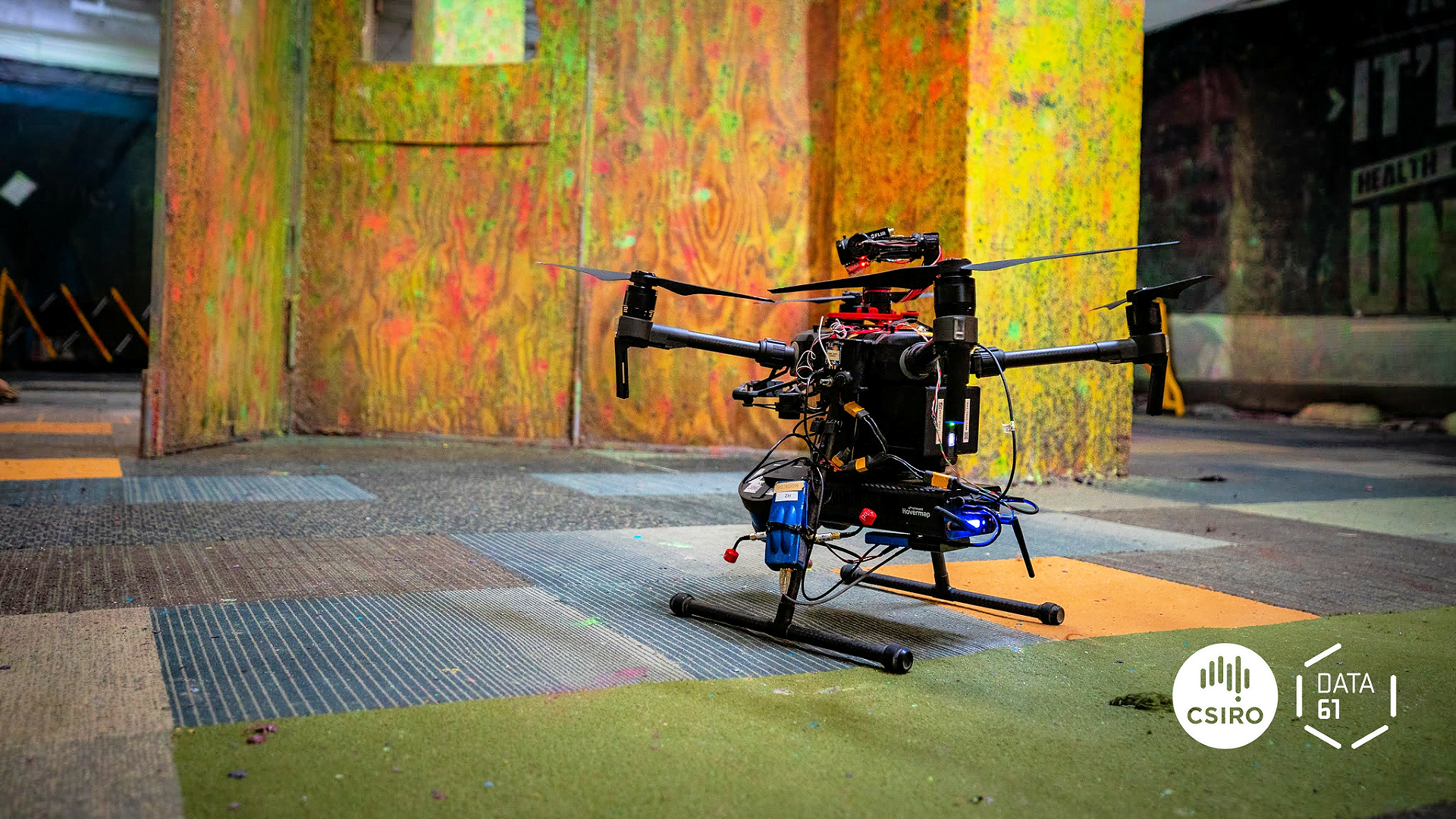 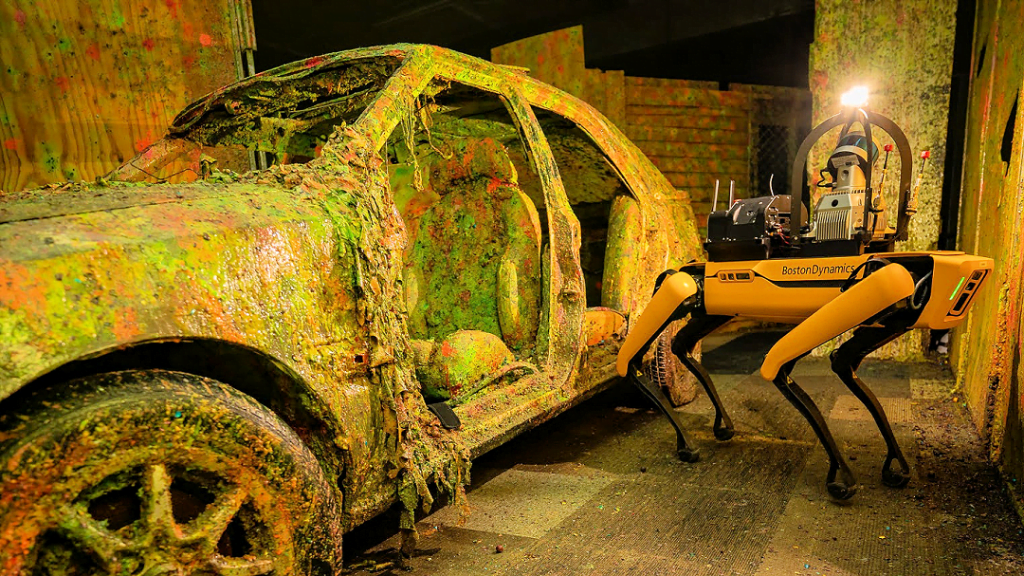 A Brisbane-based team of robotics experts from CSIRO will represent Australia in the world’s leading robotics competition held in the United States this month to see which solution best handles object and people detection, navigation, mapping and integrated perception tasks that transfer directly to defence, law enforcement, security and emergency services applications.

Experts from around the world have spent the past 3 years pushing the boundaries of autonomous robotic technology to map, navigate and search environments as part of the Subterranean challenge, run by the US Defense Advanced Research Projects Agency (DARPA). With teams eliminated from the competition each year, only 8 remain to contest the 2021 grand final.

CSIRO’s Australian team members will appear at the event via telepresence. US-based representatives and partners Emesent and Georgia Tech will be on the ground. CSIRO group leader Dr Navinda Kottege said they were thrilled to be one of the final 8 teams to compete.

“In the world of robotics, these challenges are like our Olympics,” Dr Kottege said. “To the best of our knowledge, this is the first time any Australian team has made it to a DARPA Challenge final, and we’re very proud to showcase Australia’s capabilities in this area on the world stage.”

The 6 autonomous robots from CSIRO’s Data61 will need to locate and report back on items and environmental conditions throughout three underground courses built inside the Louisville Mega Cavern in Louisville, Kentucky.

The challenges are designed to simulate real-world scenarios and involve locating models representing lost or injured humans, backpacks, or phones, as well as variable conditions such as pockets of gas. Points are awarded for correct identification and location of items, mapping the terrain, and maintaining autonomy and communications throughout. 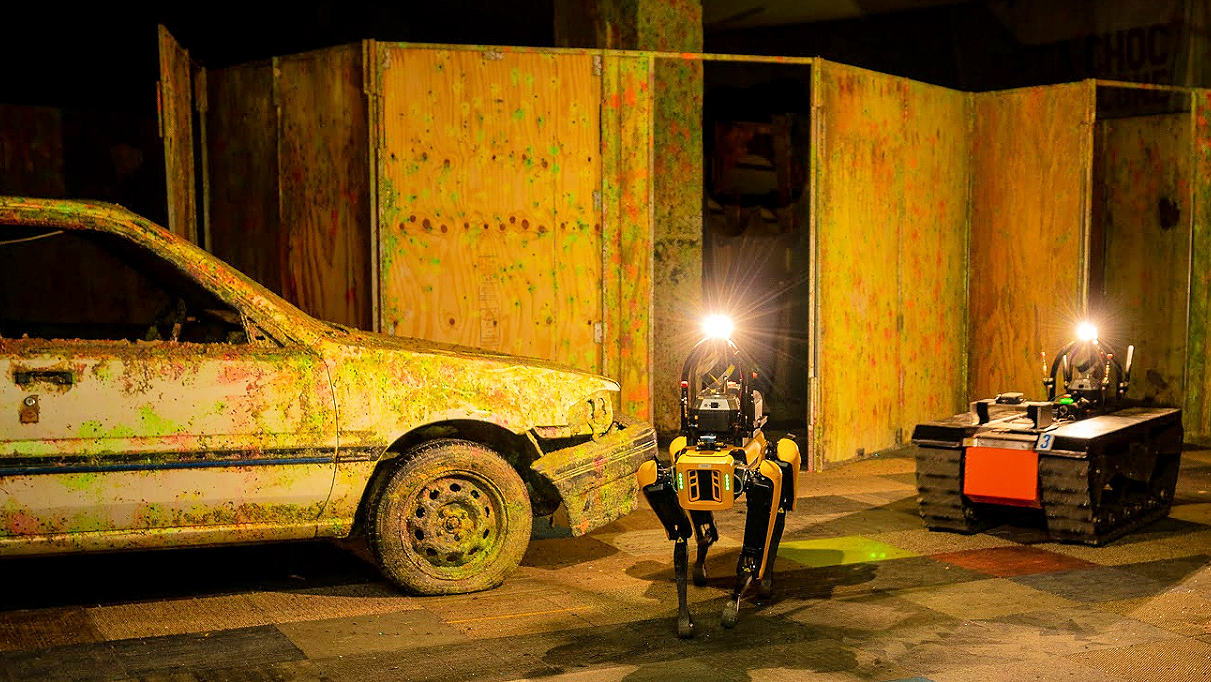 Dr Farid Kendoul is CTO and co-founder of Emesent, a CSIRO spinout and DARPA Challenge partner that worked closely with CSIRO to develop two autonomous drones that will explore, map and report back on the course.

“Having a fleet of driving, walking and flying robots that are achieving complex missions autonomously and collaboratively is a major technological milestone and an important step towards using autonomous systems for saving lives and helping people,” Dr Kendoul said.

Meanwhile, professor Ronald Arkin is director of the Mobile Robot Laboratory at the Georgia Institute of Technology, which helped design the team’s multi-robot task allocation system, enabling robots in the field to collaboratively decide who is best placed to perform a particular task.

“This partnership unites the strengths of field robotics and perception already present in Aus with our experience in AI planning, multi-robot teams, and previous work with DARPA to form a solid and highly competitive effort to win the Challenge,” Professor Arkin said.

The winner will receive $US2 million to conduct further research and development, with second place awarded $US1 million and third $US500,000. CSIRO’s Data61 placed fourth in the previous challenge to secure their place in this grand final.