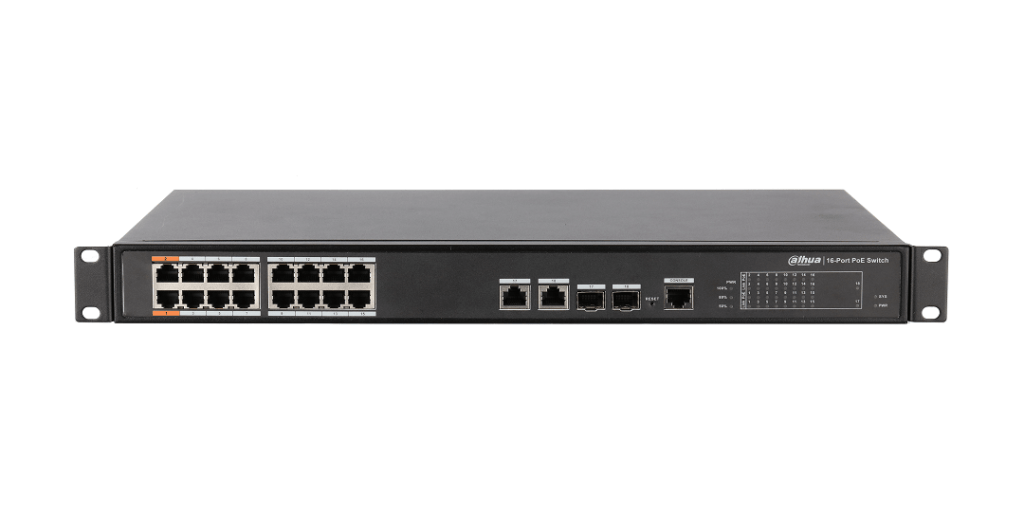 For higher power, the new switches now support IEEE 802.3bt standard which supports up to 90 Watts on the red labelled ports, suitable for IoT devices that have higher power requirements. To maximize flexibility, the 90W ports are backward compatible so users can connect devices that still use old PoE standard, if necessary.

The 8-wire PoE transmission offers a more stable connection than previous models and has a transmission distance of approximately 250 metres, a significant improvement over typical PoE switches. Features for smarter management include PoE Watchdog, Intelligent PoE and non-blocking video transmission.

PoE Watchdog is described as an easy-to-enable self-healing function by which the switch detects signals from cameras on the network.
Dahua’s testing shows that PoE Watchdog auto-detects and recovers 99% of faulty cameras, according to the company.

Intelligent PoE is a power consumption management tool that is said to guarantee power to ports designated as top priority. This ensures that mission critical devices won’t lose power or data in the event of a power fluctuations.