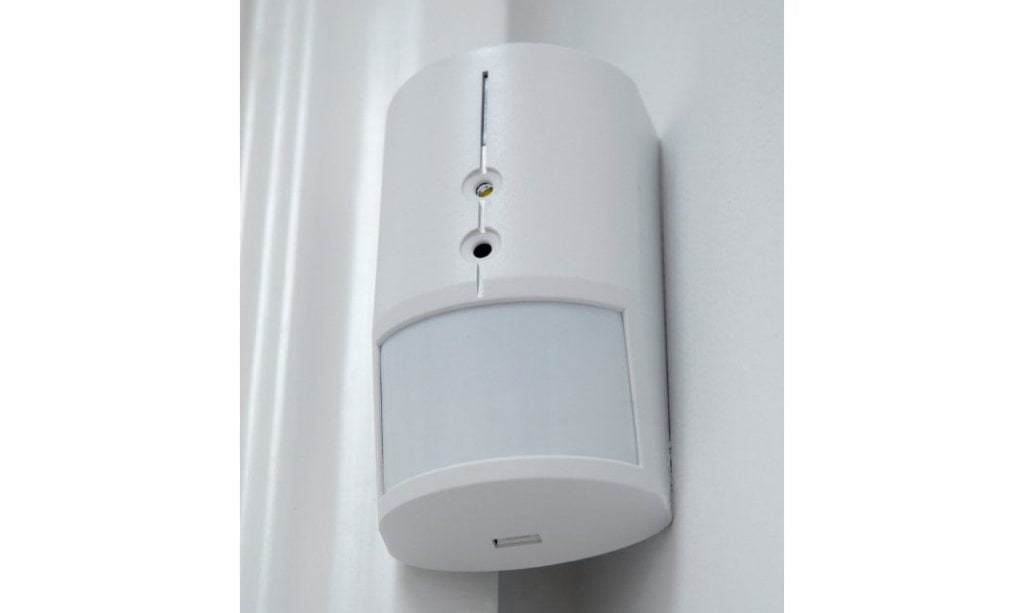 What should installers and customers look for when choosing PIR sensors? While many of the quality sensors available are good, there are a large number of low-cost units that are best avoided. These offer single pyro elements, poor lenses, are not TEM cell tested against interference and have little or no professional support.

A key difference between PIRs relates to processing. This can be either handled through circuitry or may be microprocessor-controlled, with the latter type claimed by manufacturers to be able to ‘recognise’ waveform signal outputs from a pyro in the presence of IRE. It’s true that well-designed sensors can monitor this waveform, which is a varying nonlinear quantity, recognising the waveform’s amplitude, cycle, frequency and wavelength and comparing what they see to what has been programmed into their memory.

And microprocessor-controlled sensors are able to achieve this comparison faster than analogue sensors. But bear in mind that a digital component will not make a badly designed PIR perform better than a well-engineered unit, though it can enhance a good sensor. 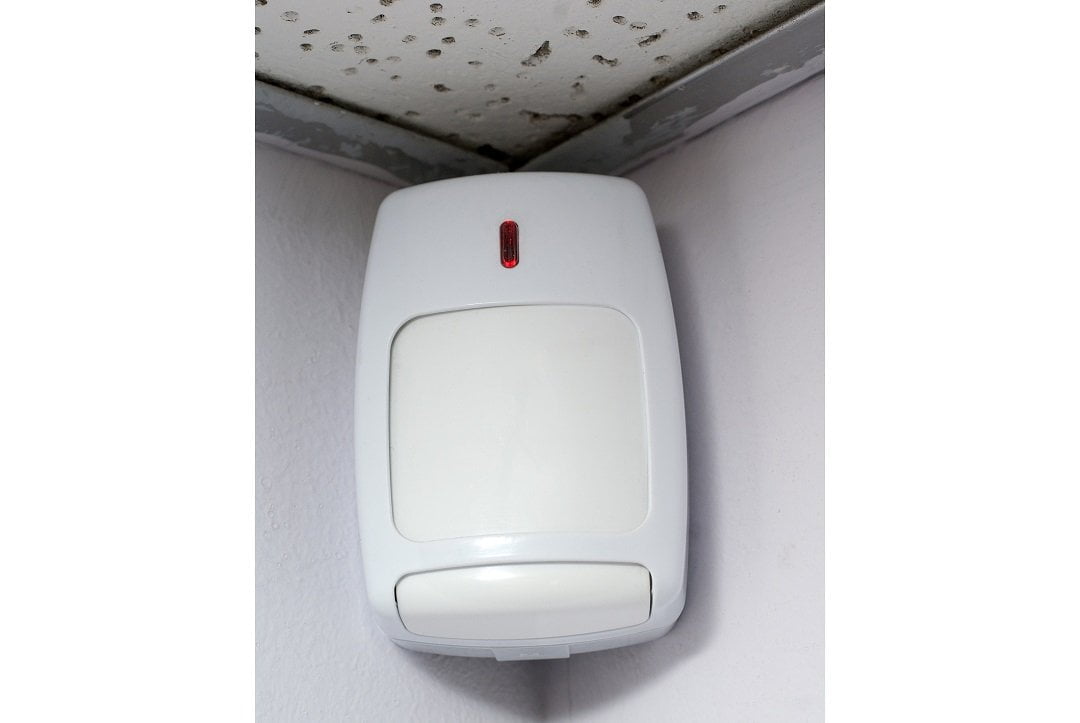 When buying a PIR with an integral camera don’t compromise on PIR sensor quality. Get the best sensor you can and don’t just buy a bad passive with the expectation that the video component will make a significant difference to the overall sensing ability. Most camera/PIR combos also offer cameras of dubious quality – yes, bandwidth is an issue and maybe video verification is all you need but ID is always worth having. It need not be 1080p at 30ips, but the subject should not be rendered like something from The Three Investigators & The Mystery of The Green Ghost.

Some of the advantages of PIRS include low false alarm rates when compared to microwave and ultrasonic sensors, low power drains, no energy emissions, no moving parts and simple electronics. PIRs have a longer detection range than ultrasonics, are cheaper than most other technologies, will not interfere with each other when installed in groups and can be adjusted in terms of lens pattern and sensitivity while in the field.

There are a number of disadvantages with the technology, too. For a start increases in ambient temperature will affect a PIR’s range and sensitivity. And it’s possible for intruders to wear a suit that reflects body heat to beat PIR sensing. There’s not the density or uniformity of coverage with PIRs that you get with other technologies, either. There are dead zones and it’s possible for furniture or pallets of stock to block some sensors’ views – it depends on design (some do have active detection of such blockages).

In addition, PIRs won’t alarm if the sensing element fails – something that beam sensors will do – and a PIR sensor’s detection range is typically limited to 15m x 15m x 50m in wide angle and 50m in narrow beam, or a circular 15m pattern. Other disadvantages include the fact random IRE signals will cause false alarms and there’s a maintenance requirement. Lenses and mirrors need to be kept clean and insects and other pests kept at bay. In dry, dusty environments particles will be electrostatically drawn to the device where they’ll stick and cloud its vision.

Features to look for include sensors with dual edge or quad sensing zones and an array with a lot of look-down zones, as well as more than one sensing range and the greatest possible number of discrete zones. Look for surge and low voltage protection, as well as RFI suppression, pyro electric sensing elements, adjustments letting you alter the range or mask zones and LED-supported latching. Walk-test is a valuable feature, and a plug-in test meter is an advantage.

Better PIRs should have silent alarm relay, multi-faceted reflectors, low voltage signal, enhanced processing or design characteristics that allow sensitivity to be linked to rate and rise of threshold, duration of zone disturbance and intruder presence in both elements; a tamper contact, site-adjustable sensitivity and first-to-alarm memory. 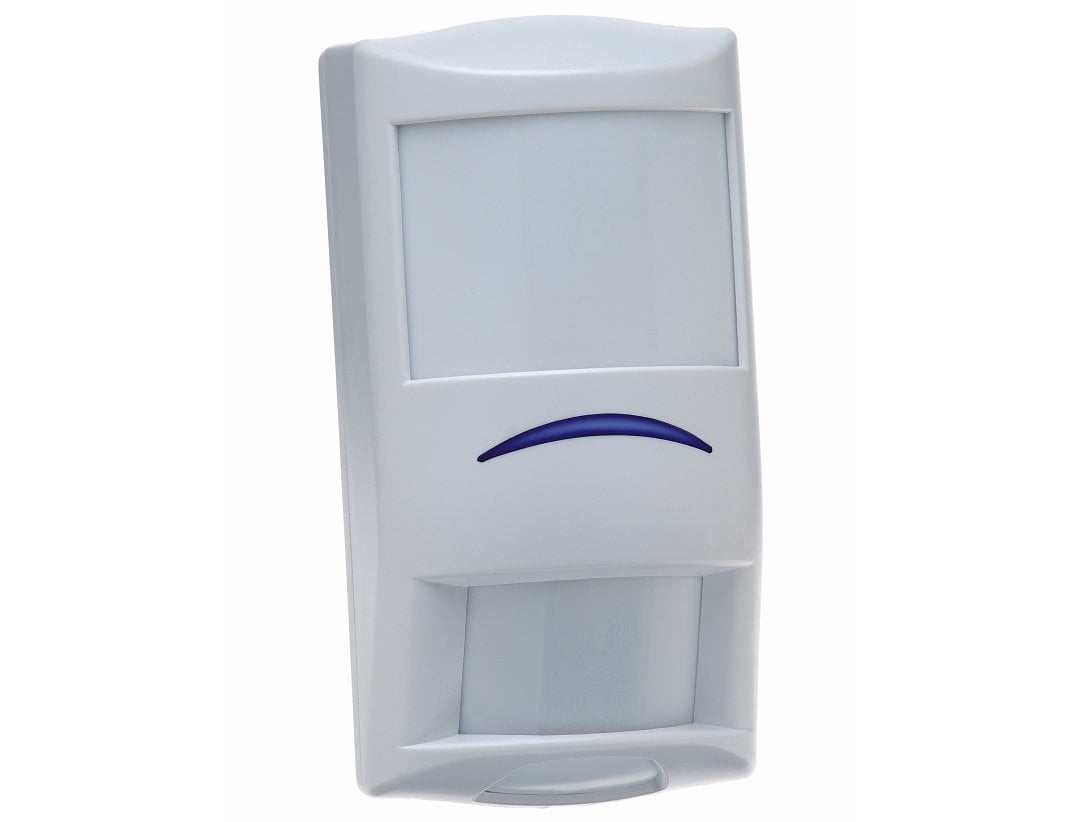 A quality sensor from the Bosch range…

They’ll also have temperature compensation. This features adjusts sensitivity in line with increases in environmental temperature in the target area considering that some locations may approach or exceed the temperature of the human body. When this occurs, an uncompensated sensor may have a detection range of 1-2 metres.

The latest sensors also have installer assist features, including integrated spirit levels and simple but secure mounting systems – features like this are well worth having if they assist with fast, tidy installation.

Wired or wireless? Wired is more reliable and easier to maintain long term. Wireless is faster to install and in many applications allows a more flexible system design. If you elect to go wireless, you need to think about the security of wireless comms, as well as implemented a maintenance schedule. Domestic and SME users are notorious for letting their wireless security systems die one battery at a time.

When Buying PIRs Look For: