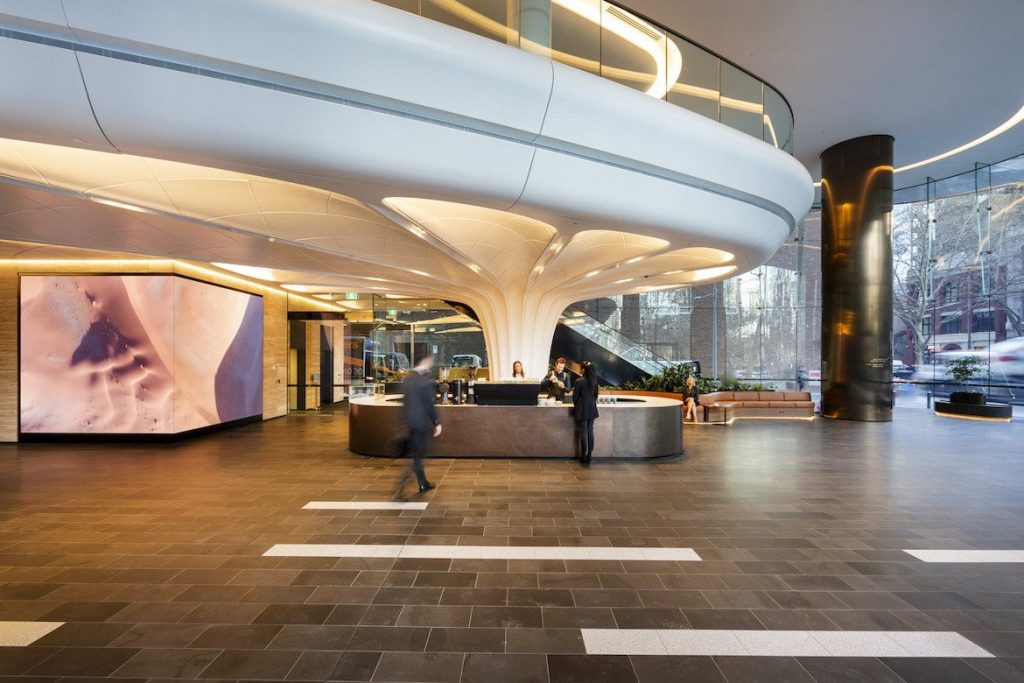 Part of the $A1.2 billion Wesley Place precinct, 130 Lonsdale Street was developed by Charter Hall, with construction beginning in partnership with LendLease in 2017 and the official opening taking place in May 2020. The precinct combines 3 future-ready office buildings (130 Lonsdale, 140 Lonsdale and 150 Lonsdale) and the restoration of five significant heritage buildings, including the Wesley Church.

130 Lonsdale is a multi-tenanted commercial building hosting tenants predominately belonging to the finance, investment and insurance industries. By walking through the precinct, it’s easy to see that sustainability was a priority in the design of Wesley Place, from its natural green spaces, intelligent energy choices and innovative technology.

A centrepiece of 130 Lonsdale’s technology footprint is Inner Range’s Infiniti enterprise access technology platform. It was chosen not only for its robust and scalable access control solution, but also for its comprehensive integration suite to other building technologies. PMT Security was tasked to install and commission the access control and CCTV systems for the project.

From the project’s onset, Charter Hall engaged Meld Strategies to develop a master plan that defined a shared vision of technology requirements throughout the site. A centrepiece of Meld’s strategy in capturing the functional and operational aspects of the facility was to create a process referred to as ‘user journeys’. These journeys specifically documented the complex interactions of tenants and visitors as they travel and interact throughout the facility, giving a way to analyse how people move through the building and help identify anomalies often missed when installing a new system into a building.

One of the significant differences in the design of 130 Lonsdale Street was a departure from the grand entrance reception commonly seen in new buildings today. Instead, Charter Hall opted to design a reception that contains cafes and activities, providing its tenants and visitors with a more engaging and welcoming experience. So, while there is still a concierge desk in the reception foyer, there is significantly less space for people to congregate and queue waiting for a concierge to become available. 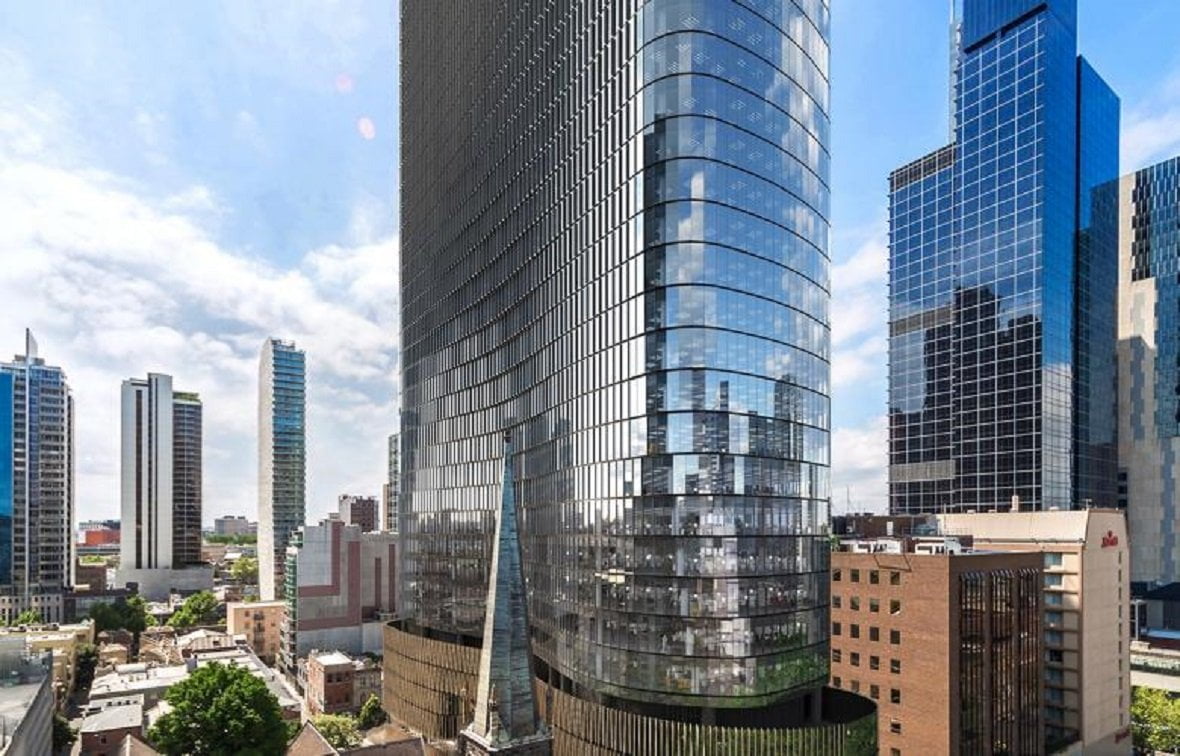 This foyer design has been successful due to a streamlined visitor check-in process provided by Sine Visitor Management and its integration to Infiniti. Sine allows visitors to self-check-in via a kiosk or mobile app, which subsequently provides a notification to the tenancy staff and issues a QR access code that grants lift access only to the tenancy floor the visitor needs to visit.

According to Matt Graham, building services engineer at CBRE, this process has successfully removed large groups of people assembled within the foyer, waiting for a concierge to become available.

“While the system integration definitely helps in an operational capacity, it also takes away a potential risk that the issuing of a physical credential can have,” says Graham.

“This process dramatically improves the user experience, operational cost and risk to the business, and in part is due to the integration capabilities of Infiniti. However, it’s worth mentioning that at the onset of the project Infiniti did not feature integration with Sine Visitor Management.

“To achieve the desired technology outcomes defined by the user journey process, Inner Range was engaged by Charter Hall to write the integration between the 2 products. After 6 months of consultation and testing, the integration was commissioned before the site’s official opening.”

“Having customers’ needs met by Infiniti’s broad range of integrated solutions is why it’s one of PMT preferred products,” Taylor says

“Another powerful technology used within the facility was Bluetooth mobile credentials, which like Sine’s QR code, is an increasingly popular alternative to traditional physical access cards. Mobile credentials work by using an app loaded onto a user’s phone, which transmits data via Bluetooth to a reader that subsequently unlocks the door.

“Tenancy employees can request mobile credentials via a purpose-built app that is used within the facility. Charter Hall’s app, which is called ‘Charli’, allows a user to do everything from organising dry cleaning, getting notifications of parcels, booking a meeting room and even ordering coffee.” 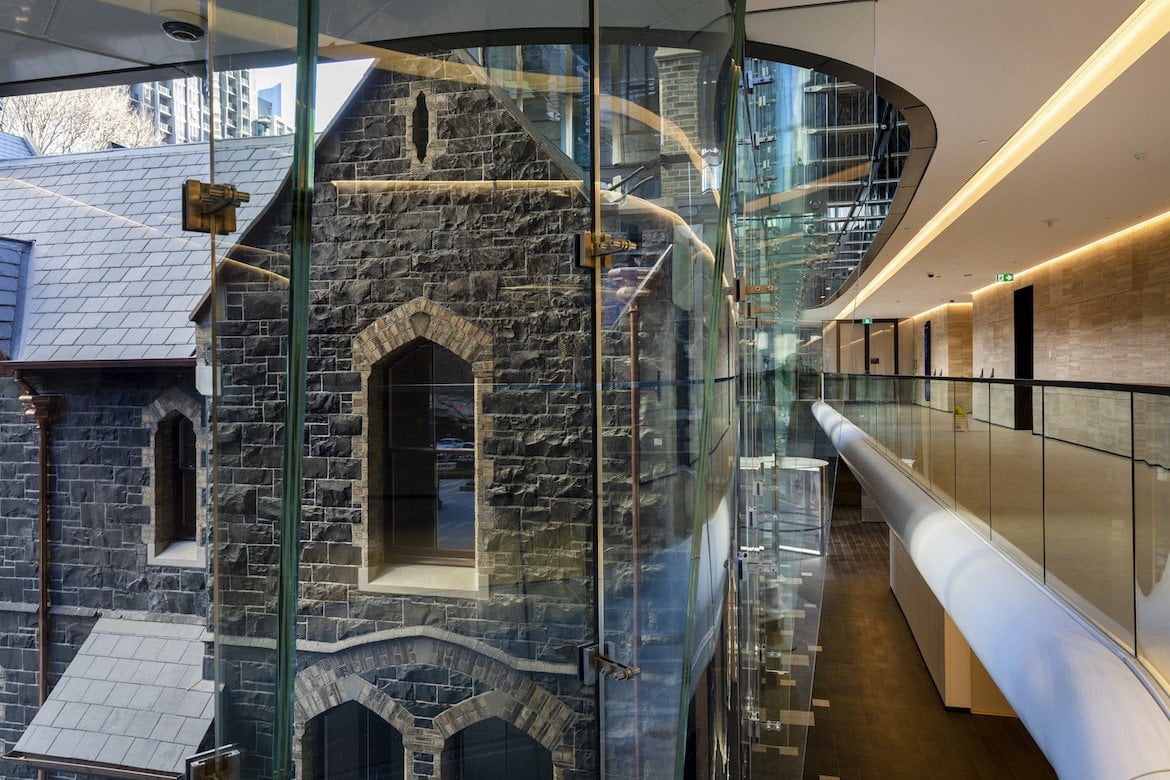 Meanwhile, Infiniti’s integration with HID’s Cloud Portal allows Bluetooth mobile credentials to pass directly from the cloud to the access control database. This provides a seamless, automatic update of information without the need for operator intervention.

As tenants form the primary purpose of any commercial high-rise building, there’s an increasing requirement for seamless interaction between base building security and access control system, and the tenant’s security and access control system. In this instance a key requirement for a number of tenants was to ensure users along with their access permissions were pushed into the base building system without any manual intervention from the operators in the base building control room. Infiniti can export and import user data in an instant via the dynamic user import module. This improves operational efficiencies and reduces the amount of operator involvement and time spent managing data importing.

Additionally, Microsoft Active Directory Integration gives a tenant the ability to on-board and off-board employees and manage their user data base. Infiniti can seamlessly receive new users from active directory and push this information directly to the Base Building Infiniti system. Once the base building Infiniti system receives the user updates, it can seamlessly push all the user information into the Schindler destination lift system as part of Infiniti high level lift integration.

Milestone VMS is the centrepiece of the video surveillance solution, with over 200 cameras at the 130 Lonsdale site. It was the preferred video management product for the site due to its integration capabilities with enterprise access control systems such as Inner Range’s Infiniti Enterprise Access solution, which integrates with 30 video management systems.

“Having the integration between Milestone and Infiniti was a key requirement,” says Graham. “As with any sizeable multi-tenanted site, guards perform regular investigations on people accessing doors and turnstiles. The integration between the access control and video management systems allows operators to select the user access transactions recorded within Infiniti’s event history and retrieve the associated historical video footage directly from the VMS.

“Buildings are increasingly seeking operational efficiencies, so the guard’s ability to save between 10–30 seconds per investigation without having to log into the video management system and retrieve the footage is valuable. With an operationally efficient building, even saving seconds starts to add up over time. Having the integration between Infiniti and Milestone was critical in ensuring guards could investigate incidents quickly without too many steps.

According to Graham, security officers take the benefits of an integrated system for granted, but he’s adamant they would immediately see the difference if they had to manage a complex facility the old-fashioned way. 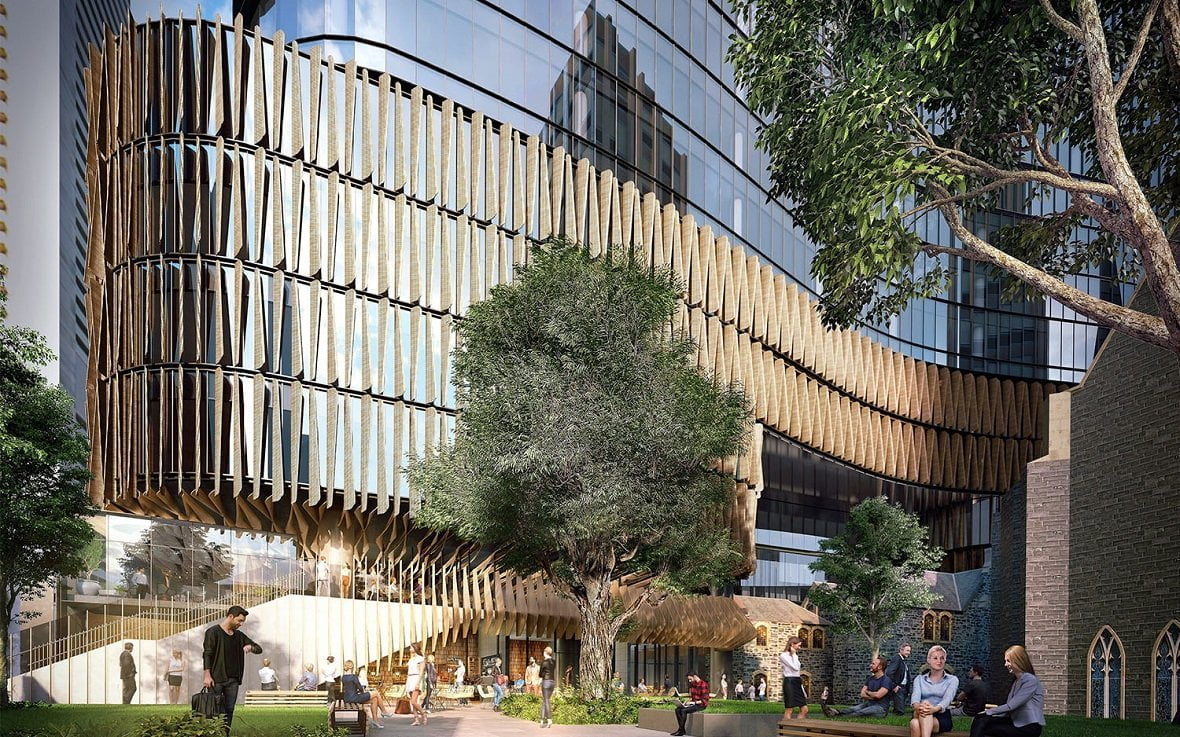 Building Managements Systems (BMS) are a critical component of building infrastructure, and 130 Lonsdale is no exception. Originally designed as a 5-star energy efficiency building, the site is on track to achieve a 5-and-a-half star rating, and the clever use of integrated technologies has played a part.

Charter Hall engaged Operational Intelligence (OI) during the design phase of the build to create an information aggregation repository that collects data from various building subsystems, such as BMS, HVAC, and the security and access control system. The OI team uses the aggregation system to create a series of customised dashboards using the aggregated data from the information repository. This single interface allows the OI team to quickly identify and respond to alarms and events throughout the building.

While not having a specific integration to OI’s custom repository, Infiniti host an XML web interface that provides information relating to the state of doors, intruder alarms, user counting or access events via a series of easy to configure web requests. Understanding the specific information required, the OI team wrote a custom client application that received this data directly from Infiniti, which was then published directly to the information dashboard systems.

Infiniti’s web interface is ideally suited to these applications where a bespoke system needs information from the access control system. With the flexibility to request and publish information at the discretion of the OI team.

“We’re really just scratching the surface of what we can do with this data. Charter Hall will likely continue to use this to better understand how their buildings operate at a high level,” Graham says.

“The project has been a resounding success, and once again Infiniti has proven its credentials in providing a resilient, feature-rich integrated platform upon which 3rd party systems can readily integrate.”