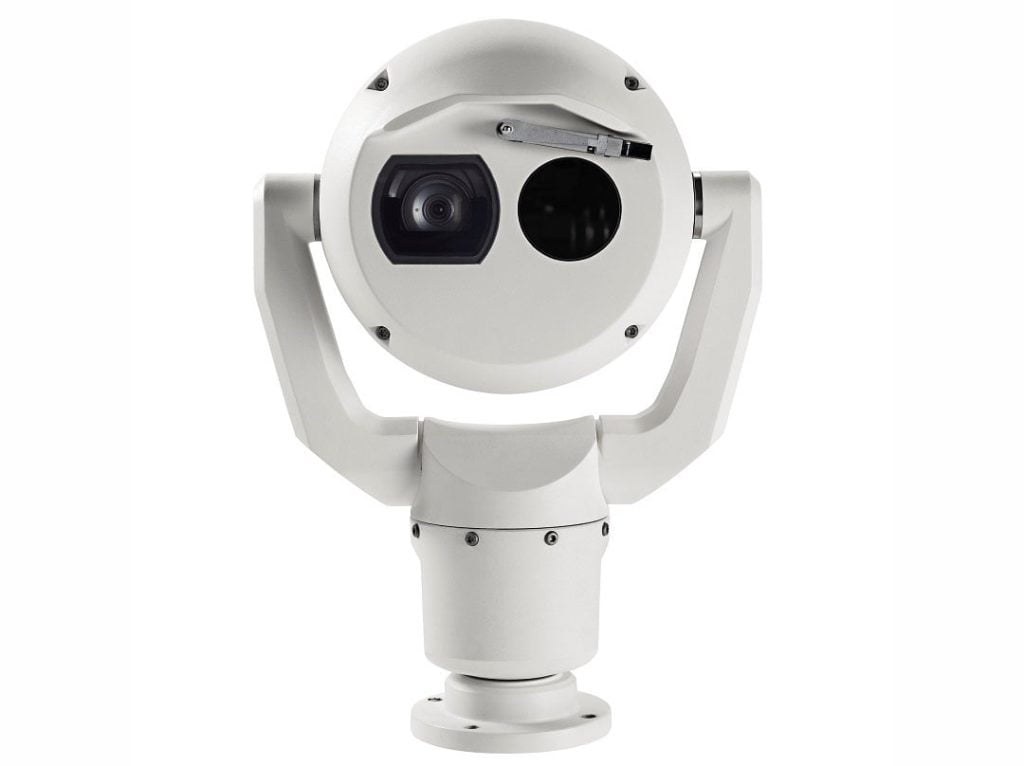 New from Bosch, the MIC IP fusion 9000i 9mm camera is designed to bring maximum situational awareness to perimeter detection applications, using metadata fusion to blend thermal and optical video analytics streams and display them in one view.

Metadata fusion focuses on the invisible things that need attention and provides operators with overall awareness of their environment regardless of which video stream they are watching. For example, while a person is walking in a tunnel, a serious incident takes place causing the tunnel to quickly fill with smoke. Due to poor visibility, the optical camera can no longer detect the person.

However, the thermal camera with its special sensor will continue to distinguish them and the metadata overlay is visible on the optical image. An alarm is triggered, and the operator receives notification of the event from both image streams and can immediately switch to the thermal image by clicking on the metadata. Once the operator sees the video data related to the event, they can determine the next right action to take.

Perimeter detection applications require different lenses to detect activity in and around the fenced perimeter. For short range applications in which a wide scene (360 degree) must be fully captured swiftly, the new 9mm lens is the ideal option – there are 19mm and 50mm lens options for medium and longer range applications.

All MIC IP fusion 9000i cameras are extremely rugged and offer built-in Bosch Intelligent Video Analytics, specifically designed to perform in the harshest environments. Even in the most extreme conditions, video data can be interpreted directly at the source to further improve the level of security or enable the video data to do more than security alone.