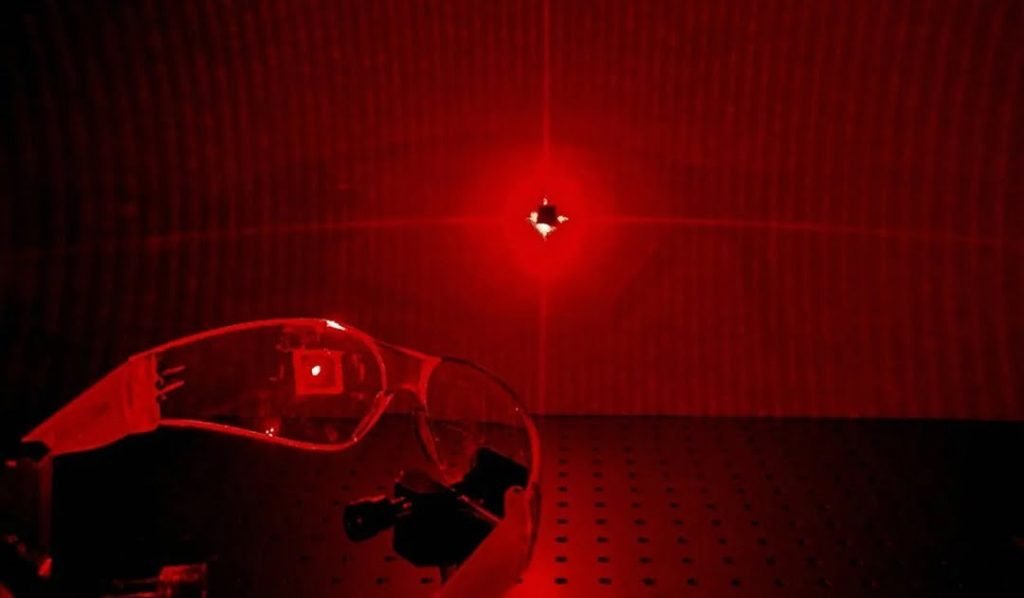 The LiDAR sensor, which recognizes objects by projecting light onto them, functions as eyes for autonomous vehicles and intrusion sensors in security applications by helping to identify the distance to surrounding objects, as well as speed and direction.

In vehicle applications, to detect unpredictable conditions on the road and nimbly respond, the sensor must perceive the sides and rear as well as the front of the vehicle. However, it has been impossible to observe the front and rear of the vehicle simultaneously because a rotating LiDAR sensor was used.

This new sensor is drawing attention as an original technology that enables an ultra-small LiDAR sensor made from a metasurface, an ultra-thin flat optical device only one-thousandth the thickness of a human hair strand.

It is possible to extract 3-dimensional information of objects in 360-degree regions by scattering more than 10,000-dot array from the metasurface to objects and photographing the irradiated point pattern with a camera.

This type of LiDAR sensor is used for the iPhone face recognition function. The iPhone uses a dot projector device to create the point sets but has several limitations; the uniformity and viewing angle of the point pattern are limited, and the size of the device is large.

The study is significant in that the technology that allows cell phones, augmented and virtual reality (AR/VR) glasses, and unmanned robots to recognize the 3D information of the surrounding environment is fabricated with nano-optical elements. By utilizing nanoimprint technology, it is easy to print the new device on various curved surfaces, such as glasses or flexible substrates, which enables applications to AR glasses, known as the core technology of future displays.

“We have proved that we can control the propagation of light in all angles by developing a technology more advanced than the conventional metasurface devices,” said lead researcher, Professor Junsuk Rho.

“This will be an original technology that will enable an ultra-small and full-space 3D imaging sensor platform.”