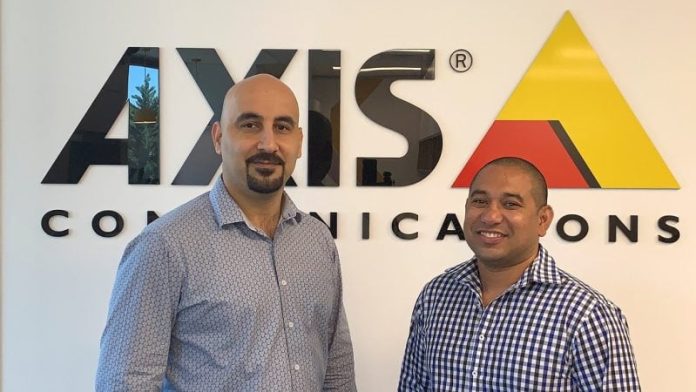 SARGON Yousif has been promoted to the role of national sales manager at Axis Communications. Originally based out of the Axis Communications offices in Wellington New Zealand, Yousif moved to Australia in 2017 and has overseen significant growth across his designated territory of NSW/ACT since the move.

“Sargon has been with Axis for 7 years, and he has grown with the company as we have taken our products to an ever-increasing market across ANZ,” said Wai King Wong, country manager, ANZ. “His new role recognises not only his personal success, but the fact that our market share has grown to the point where we need new resources and an experienced sales leader for the country.”

Meanwhile, Ted Sanoyan joins the Axis team’s Sydney office in the role of key account manager for NSW. Sanoyan previously worked at ADT/JCI as a commercial manager and brings many years of experience in the security market with him to Axis. He is also a certified installer for many of the major security products and has extensive hands-on experience. Sanoyan will be working with Yousif to extend Axis Communications’ growth across the region and push into new markets.

“Ted brings with him a vast knowledge of the Australian security landscape, which will be invaluable to our team. He has deep relationships and contacts right across the spectrum of the local security industry which will provide us with great impetus for a big push into new markets across the state, and his experience will bring trust and responsibility to the Axis brand with both new and existing customers,” said Wong.