SEN.NEWSDISCOVER THE ART OF SEN NEWS
HomeNewsSir William Gallagher To Step Aside After 50 Years as Gallagher CEO
News 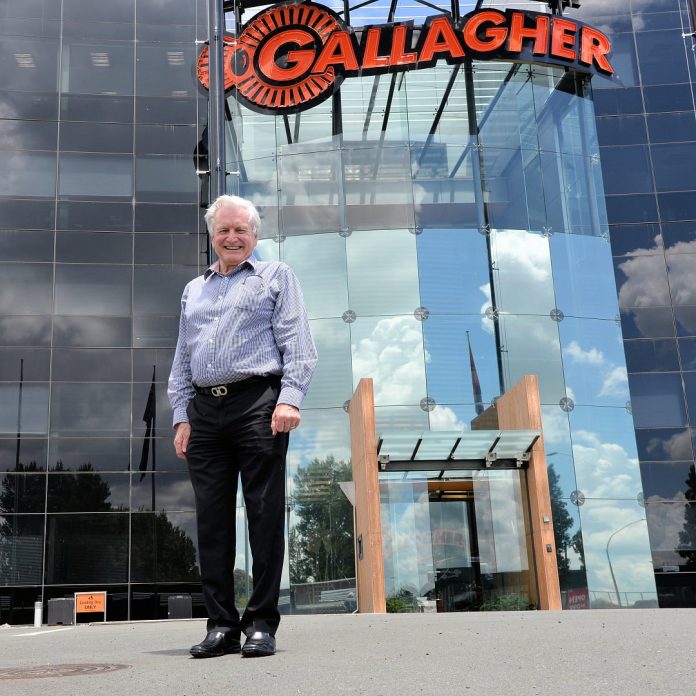 AFTER a remarkable career of more than 50 years as Gallagher CEO, Sir William Gallagher has announced his intention to retire in the next few years and to become an executive director for the company during that time.

To prepare for the leadership transition, the company’s board of directors has looked at how it builds strong governance to support the eventual appointment of a replacement and has appointed current deputy CEO & executive director, Steve Tucker, who has been with the company for nearly 25 years, as executive chairperson, effective 1 April 2019.

Filling Tucker’s executive management position will be the company’s current global general manager for security, Kahl Betham, who has more than 20 years’ experience with the company.

Sir William said that while slowing down isn’t the plan, at age 77, the time feels right to begin the hand over to the next generation of leadership.

“My father, Bill Gallagher Senior, who in 1938 wouldn’t have believed what we’ve achieved would be possible, really was the one who started what has become a company full of people with innovative minds who work to solve problems,” he said.

“A real highlight was the years 1971 to 1977 – it was a huge period of transformation and growth where we went from being a small family operation to an expanding exporter and over 3 years doubled our size each year.

“Using our experience in electric fencing technology, we developed two additional business units – Security, and Fuel Systems – by purchasing a company called PEC in 1999 which developed access control and fuel dispensing terminals, and that really would be another one of my top career highlights,” Sir William said.

According to Sir William, his overall career highlight is seeing where the company is today with 1200 employees worldwide and product in 160 countries.

“I’m extremely proud of our people who have made our success possible and I’m certain that there will be another 80 years of successful history to come,” he said. “I’m looking forward to being part of that, both while I remain CEO, and into the future too.”

Tucker said Sir William will have a legacy at Gallagher.

“Sir William’s decision will in a few years cap a career of outstanding leadership and business acumen,” Tucker said.

After more than 25 years with the company, Tucker plans to take on additional independent director roles for which Gallagher will continue to enjoy mutual benefit.

“I’ll miss being with the team at Gallagher every day as it’s been a big part of my life, but my new position as executive chairperson will next year see me in the office for a period of time every week, so I’ll look forward to continuing working with Sir William, Kahl, and the Gallagher team,” he said.

“I’m proud to be part of this global success story that puts people and enduring relationships at the centre,” said Betham. “We have a vibrant entrepreneurial spirit, a strong global team, and an ambition to continually evolve to meet the needs of our customers, business partners, and the community.”