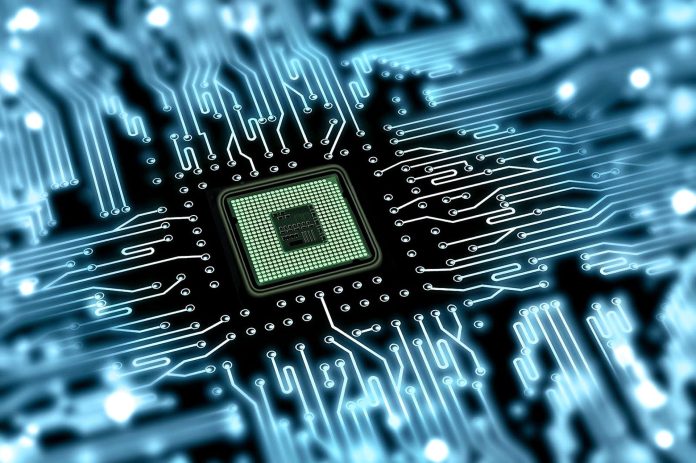 SIGMA Designs unveiled its new Z-Wave 700 platform at CES 2018. The new platform will deliver an increase in intelligence for the next generation of smart home sensors, as well as bringing a big increase in battery life of up to 10 years. Is Series 700 the future?

IT’s instructive that the quickfire pace of technological development in home automation and wireless alarm panel market has established the primacy of the Z-Wave standard over all other wireless industry standards that came before it. In large part, that’s because alarm manufacturers never came together to create industry standards of their own – it’s too late for that now. The only choice is to keep up with the changes.

The latest of these is the Z-Wave 700 platform, which incorporates SmartStart setup and the S2 framework for improved cybersecurity. The 700 Series is designed to drive battery-powered devices, empowering artificial intelligence (AI) and machine learning systems to utilize sensor data and make smart homes smarter, safer and more connected. It’s a big deal for the future of the home alarm and home automation markets. Security players will have to conform to the standards consumers are coming to expect.

If the message has not sunk in yet, Sigma Designs reports that security sensors and battery powered devices are well on the way to being Z-Wave’s biggest volume category – that means proprietary wireless comms or industry standard wireless comms like 433Mhz, which are shared with a host of lower tech devices like garage door openers, are unlikely to last in their current formats.

According to Pederson, the increase in battery life is a big breakthrough for users and for installers of Z-wave technology.

“Security sensors, if you have a lot of windows in your home with motion sensors, battery life is a big barrier,” he explains. “And if you must change the battery in all these devices every few years, the 700 Series will make significant improvements. It enables way more security installs to have battery-operated devices. You won’t have to have cables running around through all these sensors.

“Furthermore, Z-Wave is the only technology where you know that all products are able to speak to each other. They’re interoperable. No matter whether it’s an old product or a new product. This is not possible with any other technology out there.”

Z-Wave 700 Series features include best-in-class low power radio performance enabling multi-year battery lifetime and more than 10-year sensor lifetime on a coin-cell. A range of more than 100m, covering multi-stories in a house and the far end of the yard. Low cost developer kits, tools and ready-made certified reference code ensuring minimum time from prototype to certified product. An ARM-based platform with large memory on the chip and many peripherals, enabling intelligence at the edge with fast energy efficient computation and secure inclusion in less than one second. Certified interoperable and backwards compatible – every 700 Series device has the highest level of security with Z-Wave Security 2 (S2) framework and consistent easy install with Z-Wave SmartStart.

Many security manufacturers are getting serious with Z-Wave and there will be ramifications for alarm monitoring, with more opportunities for those light footed enough to pursue them. A recent addition is Axis Communications, which has announced a new palm-sized PTZ camera with wireless I/O connectivity for communication with other devices using the Z-Wave Plus standard, a standard widely used in the smart home market. The new addition enables flexible wireless communication with supporting security devices and makes installation both easier and more cost-effective.
There are 4 compatible I/O devices: AXIS T8344 Power On/Off Plug, AXIS T8342 Door/Window Sensor, AXIS T8341 PIR Motion Sensor and AXIS T8343 Alert Button.

The discreet AXIS M5065 Network Camera comes with 5x optical zoom, autofocus and built-in analytics. AXIS M5065 delivers HDTV 1080p resolution and includes analytics such as AXIS Video Motion Detection, removed object detection as well as audio volume and scream detection. With the camera’s wireless I/O connectivity, it is possible to use an on/off command to control up to six wirelessly connected devices supporting Z-Wave Plus.

“At Axis we are always trying to use the latest technologies to make security less of a hurdle for business owners,” says Kent Fransson, global product manager at Axis Communications. “By introducing wireless I/O connectivity in a security context, we allow customers to set up an agile surveillance and security system to meet their individual business’ needs, without having to invest a large proportion of their budget on set-up fees.

“For instance, they can use an AXIS M5065 wirelessly connected to a door sensor to monitor or be alerted if someone opens a door to a cabinet with expensive goods. That is just one example of how a camera with wireless I/O connectivity could make security both easier and cost-effective and we see that it being used more broadly in the future.”