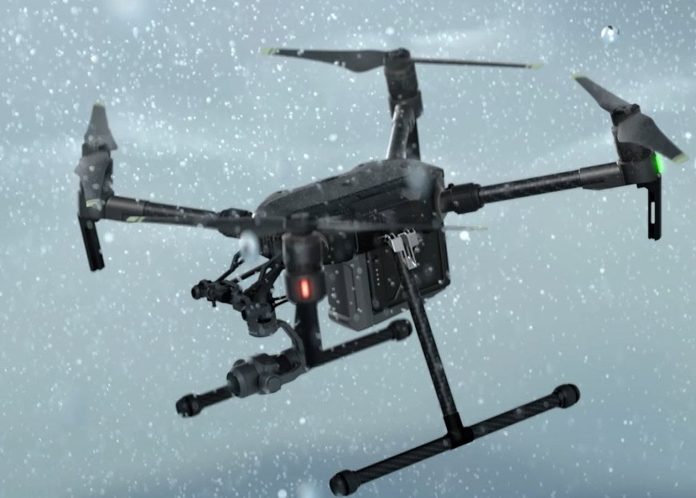 C.R. KENNEDY will be flying a drone at SAGE, as well as showing off the powerful DJI Matrice 200, which is considered one of the best professional use drones available on the market.

“We will have a DJI Mavic Pro 2 flying in the drone cage at SAGE this coming Monday (pre-register here) and a Matrice 200 for Static display at our booth,” said CRK’s Adam Ross.

“The Mavic Pro that we will be flying is widely used by police forces across the country thanks to its ability to relay 4K images in real time from 7km away from the pilot! It is a highly versatile and compact drone that also allows us to demonstrate the detection ability of our drone detection solution, Aeroscope.

According to Ross, the DJI Matrice 200 which will also be displayed at SAGE is too large to fly indoors but he says it’s considered the flagship of commercial drones. The DJI Matrice 200 has an FPV camera, a 2kg payload, a dual battery system, 30 mins maximum flight time and flight autonomy.

Meanwhile, AeroScope is a purpose-built drone detection system, allowing a user to track telemetry data from DJI aircraft in surrounding airspace of up to 40km. In effect, it’s a drone license plate detection system that provides significant safety benefits when deployed in areas at risk of illegal drone activity. It will assist security managers address drone safety concerns at locations including airports, military facilities, stadiums, festivals and prisons.