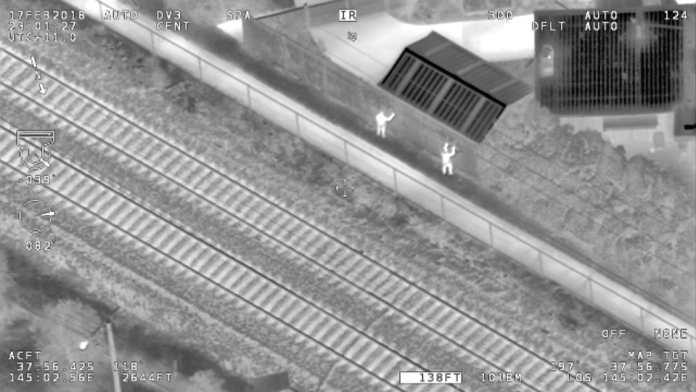 DRONES with thermal cameras will keep watch over Melbourne’s Metro rail network to ensure there are no disruptions to services over the coming big weekend of football finals, with close to 100,000 fans expected to pack the MCG.

Video feeds are being transmitted to the Metro Trains control centre and Victoria Police, allowing law enforcement and security teams to respond in real time.

“We want to make sure we can keep the network moving,” Transport Minister Jacinta Allan told news reporters earlier in the week. “This technology also helps us to respond as quickly as possible to incidences where they arise.”

According to Allan, the technology sends clear message to vandals that they are being watched.

Meanwhile, detective inspector Andrew Gustke said police intelligence would decide where and when the drones and helicopters are deployed.

“We want to try and stop this behaviour, this criminal activity, before it starts because the downstream effect of this sort of disruption to the rail network is very disruptive,” he said. “The key message that we really want to get out to the community is that these offenders, these criminals, are being watched.”

Helicopters and drones fitted with cameras and thermal imaging devices have already been used to watch the Melbourne Metro rail network during events like White Night, New Year’s Eve and the Spring Racing Carnival.