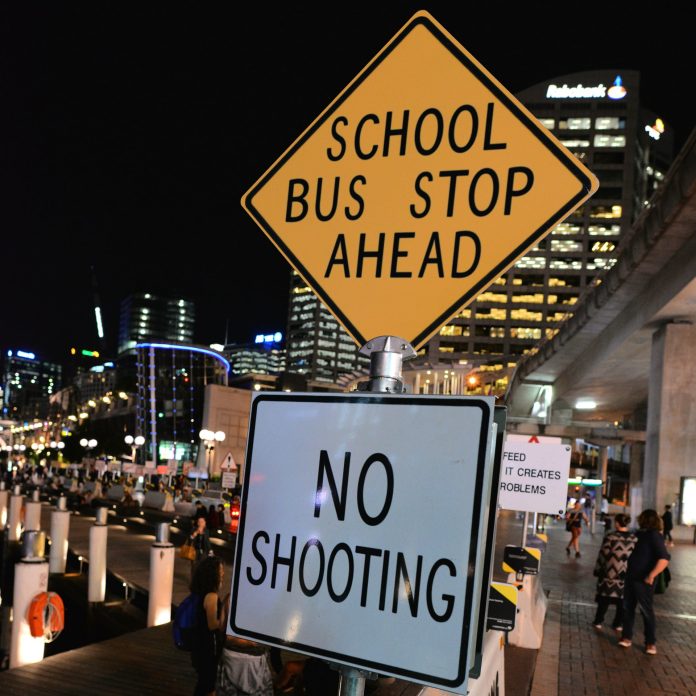 Jax said she was motivated by the Sandy Hook school shootings and began to wonder what practical steps might prevent or minimise future tragedies.

“I thought, what if you could create a fire alarm that listens for the sound of gunshots and then put out a notification on top of that?” Jax said.

Jax partnered with Acumium in February 2016 to create the Trinity Gunshot Alarm System, which recently undertook live-fire trials. The technology works like a fire alarm, with sensors placed throughout a building that go off if a gunshot is detected and confirmed.

The sensors can distinguish gunshots from other loud noises and using software analysis can pinpoint the location of the shot, which assists law enforcement first responders.

The alarm system was recently tested at an indoor firing range with Sauk County Sheriff’s Department Sgt. James Hodges, who said the technology would be helpful for distinguishing gunshots from other sounds and could assist staff to instigate emergency procedures and assist first responders.

Jax believes the alarm could also better prepare substitute teachers and other school staff members who may not be familiar with active shooter protocols.

“You’re not as familiar with those situations,” Jax said. “Having an alarm system that can trigger awareness, so people know what to do will help everybody secure their safety.”

The next step in developing the technology is a 5-sensor system, which Jax hopes to be testing this May.