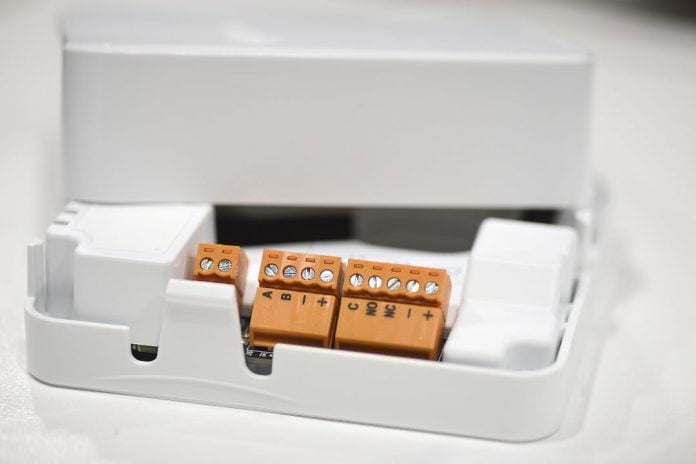 One of the most interesting, genuinely new releases at the show, the Gallagher C7000 Single Door (SD) is designed to operate stand alone, or to expand the capabilities of existing Gallagher solutions comprised of Gallagher 6000 controllers and Command Centre software.

In such applications, the new controller allows an existing system to be expanded in a flexible and economical way, especially in use cases where a full 6000 controller is unnecessary. However, the unit can also be used standalone, or used to manage specific uses on a site, like gate control, lift control and BMS.

This is an extremely compact controller, nicely built of poly with a double row of angled connectors to reduce the angle of approach, improving access when installers are undertaking delicate terminations. The controller could have been smaller still, but installer access was a key consideration.

But there’s more than clever hardware design here – the Gallagher Controller 7000 has real processing power and serious memory, which combine in support of extensive functionality and next-level cyber security. There are multiple power and comms options, with each available as a variant of the controller. These variants include RS-485 (supporting Gallagher HBUS readers, OSDP readers, Aperio locks), and Wiegand – each in PoE+ and 12V DC variants. These variants make for a very flexible solution, indeed.

According to Gallagher’s Mike Margrain, the C7000 SD is an addition to the range and does not replace any existing controller – instead it’s the start of a new family.

“The C7000 SD fills a gap – the market was asking for a flexible solution with a smaller form factor that was lower cost,” he explains. “This device meets that requirement but it’s also a seriously powerful piece of kit.

“It can handle 4 readers associated with a single door, can integrate sensors or handle monitoring and control via inputs/outputs, as well as managing lift control for many elevator cars/terminals.”

But it’s in the areas of expansion that the potential of the C7000 SD really opens up. The unit can also handle downstream expansion devices connected via daisy chaining to its RS-485 port, and it supports multiple I/O board variants, allowing connection of huge numbers of inputs and outputs downstream.

“RS-485 means you could connect hundreds of devices to the Gallagher Controller 7000 and run it as a BMS integration, as well as using it for lift control,” Margrain explains.

The option to run on blue cable confers additional advantages.

“In some applications the use case would involve selecting the PoE+ variant of the C7000 SD and running a single blue cable out to a gate, remote building or turnstile,” Margrain explains. “Importantly, the C7000 SD can happily co-exist in a system with 6000 controllers – it simply appears as another controller in Command Centre software and functions just as the existing controllers do.

“With PoE plus, installers need to adhere to the PoE standard, which means there’s 600mA to play with when it comes to powering readers and electronic locks at the door, and applications like this can be supported by a battery (charged via PoE) which takes over if the network switch goes down for maintenance. With the POE+ variants, the battery charging circuit provides load testing and appropriate events or alarms in the system when the battery is low or unhealthy.”

However, Margrain says that while the C7000 SD is extremely capable, it is not a replacement for a 6000 controller.

“Instead, you use the C7000 SD where it is a fit,” he explains. “Locations where PoE is used natively make for a particularly cost-effective solution, allowing compact expansion using a very small enclosure, while retaining the ability to expand in other sorts of applications.”

These qualities make it especially adept when it comes to elevator control.

“The C7000 SD will become a common controller for elevator control because it can support many terminals and, being compact, can be located in the elevator cars as well as lift control rooms,” Margrain says. “Other ideal use cases include locations where you need some monitoring and/or control – like roadside cabinets, ATM machines, and vehicles.” 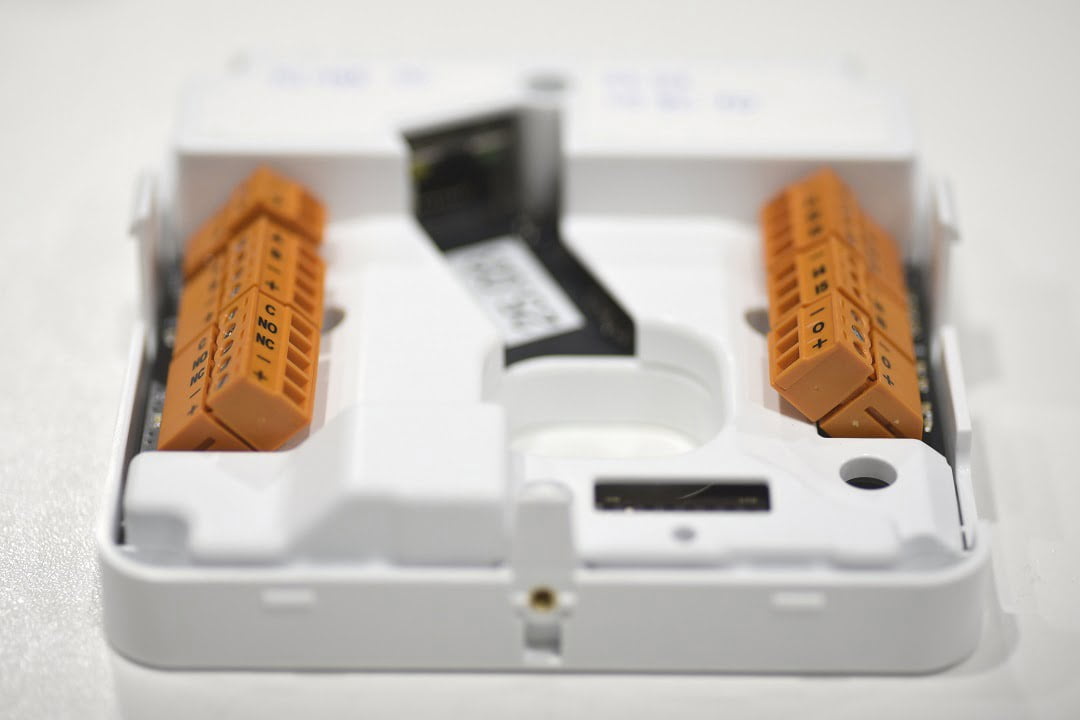 But Margrain says that in spite of its small size, the C7000 SD has serious grunt.

“The new hardware is a lot more powerful than anything we’ve had before,” he explains. “The importance of this is that the new C7000 SD takes distributed intelligence to a whole new level.

“All our controllers are fully autonomous if they lose communication with the server – they retain everything that they need to know to continue performing the functions they’ve been performing, including the full database and a full record of events while offline, as well as managing activation and competency control dates as they arise.”

However, thanks to the new processor and a larger memory, the C7000 SD’s capabilities are 10x greater than anything before. The number of users with a single credential the C7000 SD supports offline is 5 million – it supports 2 million if each user has a mobile credential, a biometric credential and has been assigned 2 cards to facilitate system migration. At the same time, the C7000 SD can store 1 million offline events.

“While most customers don’t have databases and event potentials this large, we definitely do,” Margrain says. “Around the world we are seeing more very large systems with very large databases and significant event traffic. The benefit of the extra power for smaller organisations is that the ability to store and process so many users and events is lower latency operation for everyone. The C7000 SD does everything very fast and retains significant capacity to handle powerful new features added in future Command Centre releases.”

Gallagher’s Gallagher Controller 7000 also has some very neat cybersecurity tricks, including an EdgeLock SE050 secure element for hardware-based security with advanced key protection and management capabilities, and provisioning services for key injection at secure manufacturing facilities (Gallagher built a secure space in its factory to handle this).

The beauty of EdgeLock is that it offers end-to-end security now and into the future – its inclusion highlights the mindset of Gallagher’s engineering team and the direction of future developments from Australasia’s biggest security manufacturer.

“A lot of thought went into ensuring this solution would satisfy cybersecurity concerns – a key capability is that the C7000 SD supports trusted execution environments,” Margrain explains. “In our world we’ve always cryptographically signed the application firmware that runs on our hardware and allows it to talk to Gallagher Command Centre software to undertake platform tasks.” 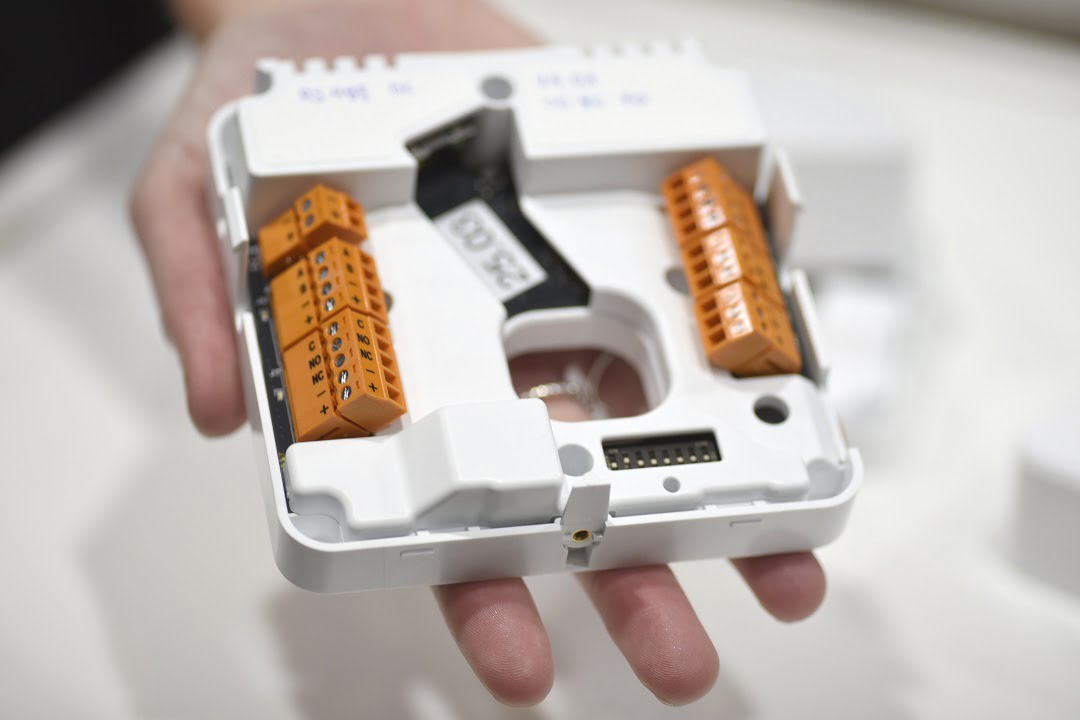 “Taking this a step further, the C7000 SD now utilises Trusted Execution Environment built into factory processes at the hardware level to incorporate secure key loading and storage – using the secure enclave baked into the chip. What this means is that we’re able to achieve cryptographic verification on boot, as well as in the application – employing hardware separation between the main application and the cryptographic key storage.

“So, it really is a big evolutionary step in cybersecurity being able to separate those 2 elements and verify both the operating system and application software at the hardware level.” Margrain says.

“We’ve built a new secure room in the factory to achieve the secure key loading processes and prevent supply chain attacks. This new hardware and the backend processes effectively mean the firmware can never be tampered with, either.”

“This controller is going to have a very familiar feel for our installers,” Margrain says. “The dip switches are consistent with the 6000 controller, techs know the run-state LEDs and how to use them for commissioning – there are also new LEDs so techs can monitor the state of inputs visually instead of pulling out multimeters.

“The enclosure supports DIN rail mount, so techs don’t need to use the lid if it’s going into a cabinet, and there is also a deeper cabinet to support conduit side entries. The RS485 variants have 6 onboard inputs, with Wiegand variants having 5 inputs. There’s a relay output and a transistor relay to drive an open collector, allowing devices with different voltages to be connected. The controller will also ship with a QR code that will allow technicians to scan for hardware installation notes.”

There will be a new kit incorporating a cabinet with a small power supply for standalone applications without PoE. Along with the communications variants, additional Enhanced and High Security variants will follow in future. 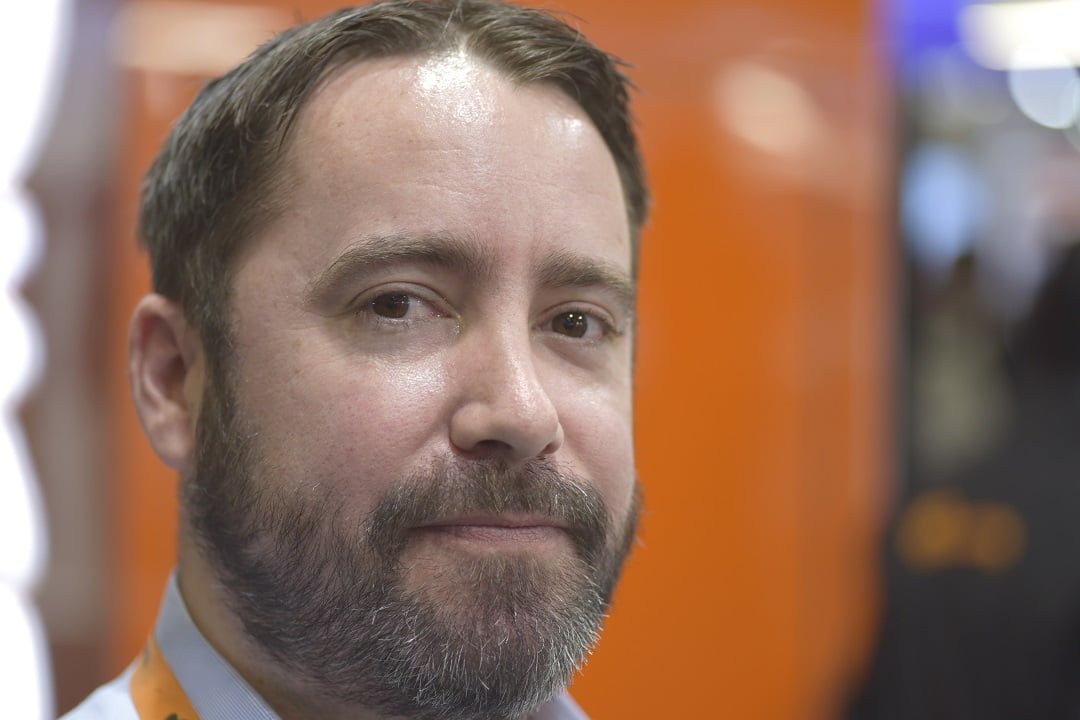 According to Margrain, the C7000 SD would have been released earlier in the year, had it not been for global challenges with component supply.

“We diverted significant resource to ensure continuity of supply,” he explains. “For example, we had a component used in many products increase in cost from $4 to $120, and in other cases there was the risk of not being able to supply products at all for prolonged periods.

“In response, we invested millions of dollars changing components in 54 of our products — all done transparently without any change to SKUs, product performance, or functionality. We’re proud to say that we now hold more stock than we ever have before, with longer-term forecasting to continue supplying our customers around the world – in Australia, we’re still able to supply to most of the country within a couple of days of receiving an order.”

Gallagher Controller 7000 was a team effort from the Gallagher community.

“A lot of thought went into the design of the C7000 SD,” Margrain says. “From very early on in the process, engineers were talking to channel partner technicians to get their ideas about what features and functions the new controller should have, and this collaborative process continued during development.”

According to Margrain, pricing of the C7000 SD will be released by the end of the year, with it being competitively priced, despite its serious levels of security and functionality.

“Able to manage one door with multiple readers, while at the same time handling elevators, connecting hundreds of downstream devices and undertaking monitoring and control, the C7000 SD is powerful, affordable, secure, and very intelligent – there’s nothing else like it on the market.”

You can read more Gallagher news here and check out the Gallagher range at SecTech Roadshow this May.