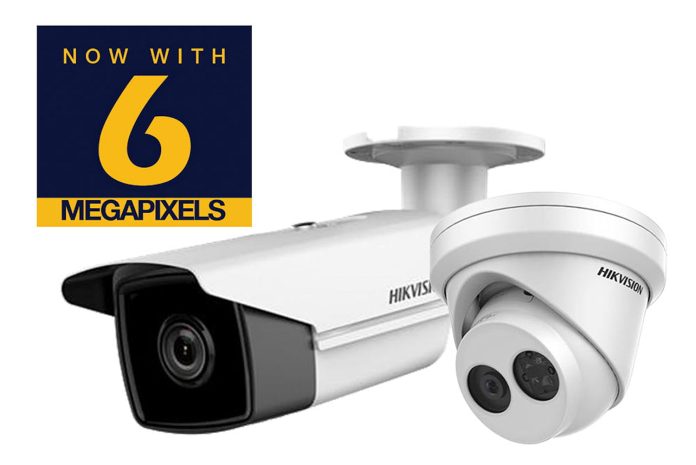 Previously limited to 5MP (2944 x 1656 pixels) by firmware despite having a built-in native 6MP image sensor, HIK has now set the defaults for 6MP. With firmware optimisation the chipset can process more pixels more efficiently, which has released even higher resolution for the same price.

Powered by H.265 or H.265+ compression standards means that there is no significant increase in storage requirement at 6MP. This feature update comes at no extra cost, the model numbers remain the same and the cameras provide better clarity while delivering reliable 24/7 video surveillance.