Home automation is continuing to trend, with overseas takeup suggesting it’s likely local monitoring providers who are doubling down on home automation capability are on the track.

ELECTRONIC security systems, home and office automation solutions and broadband internet and cloud continue to enhance and complement one another – so much so it seems that automation solutions are beginning to look as if they may attain ubiquity. Is it likely the homes and SMEs of the future will expect automation capability that combines intrusion detection, access control and video surveillance as a matter of course – that all well-designed secure and energy efficient homes will include considerable levels of automation?

In our opinion, yes. And for multiple reasons, including better internet services. Improvements in bandwidth performance and reductions in cost of underlying services, coupled with cost reductions in hardware are really having an impact. Trends towards services like naked DSL, which don’t require phone line rental, are taking affordable internet to the place useful management of security and automation systems, including video surveillance, are becoming far more realistic. If there’s one thing that is required, it’s improvements in upload speed – 1Mbps speeds simply don’t cut it when you’re carting video surveillance around.

Of particular note is that independent polls are beginning to chart the trend towards smart homes – which include electronic security solutions. Late last year Harris Poll surveyed 4065 American adults about their interest in smart home technology. The poll defined such technology as including solutions that managed lighting, temperature, security, safety and entertainment and were managed by a local controller or remote by phone, tablet or workstation.

Of the 4065 surveyed, 1009 of the responders to the Smart Home Marketplace Survey already owned a smart home solution and another 27 per cent planned to invest in such a solution in 2016. The drivers of smart home uptake, according to the responders were security (58 per cent) and temperature control (56 per cent). The survey found that of the people who don’t have smart home technology or plan to buy it this year, 36 per cent don’t consider themselves to be tech early adopters. Interesting too, 70 per cent of people with smart home solutions said that purchasing their first smart home solution had made them more likely to buy another one.

For a home to be considered smarts 63 per cent said it needed to incorporate security including alarm systems and electronic access control, 63 per cent said thermostats and fans, lighting was key for 58 per cent, while safety components including night lighting, fire and carbon monoxide detection were the top choices for 56 per cent of responders. Furthermore, 76 per cent of responders felt it was not sufficient to include a single category of smart home solutions in a home for it to be considered smart, while 60 per cent felt that at least 3 categories of smart products needed to be included for a home to be smart.

Of all the smart home technologies, the most widespread is smart entertainment solutions – including smart TVs and audio systems, which are owned by 44 per cent of people who own smart technology. However, while these components are widely owned, they are less widely appreciated by users. Security solutions came in as next mostly widely owned at 31 per cent, (and topped out responses in terms of importance), while smart temperature control was right behind on 30 per cent. 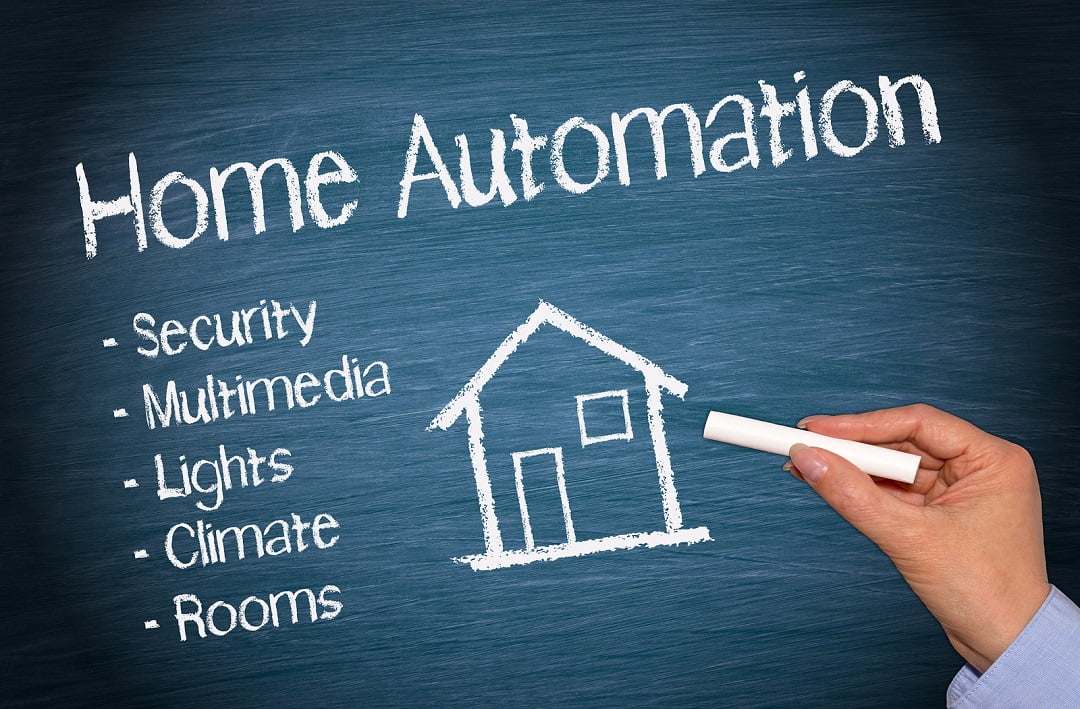 Important for installers and suppliers, it’s not the young and technically educated who dominate the smart home market – 40 per cent of responders over the age of 65 had smart home technology in their home compared with 25 per cent of those under 34. And relative income is not a predictor either, suggesting smart home technology and the networking technology that supports it, have become affordable and efficient enough to be worth having and to generate cost savings and enhancements to living standards now considered vital by many home owners.

Responders with household income of $50K-$75K and those with a household income of $75K-100K are adopting smart home technology at nearly identical paces, with 25 per cent adoption for those in the lower range and 26 per cent adoption for those in the upper income range. Nor is education a predictor – the same findings were revealed for those with some college education, compared with people who graduated from college – 26 per cent vs. 27 per cent.

Owners of smart home products are 57 per cent male and 43 per cent female – 43 per cent of responders with some smart home solutions were aged 18-34, while 33 per cent were 35-54 and 24 per cent are 55 or older. The technology appeals almost equally to parents with children under 18 (44 per cent), as well as to those with no children or whose children are older than 18.

The underlying fundamentals of the survey from the point of view of electronic security people, are that security is considered the most important aspect of home automation by end users – including video verification of alarms and access control – and that users are prepared to spend real money for systems that offer them a genuinely smarter home. Interestingly, users want more smarts in their homes, not less, and have a much clearer sense of what constitutes a smart home than they did in the past. Also important, users see smart home technology not as a sunk cost but an investment in their home’s value. ♦