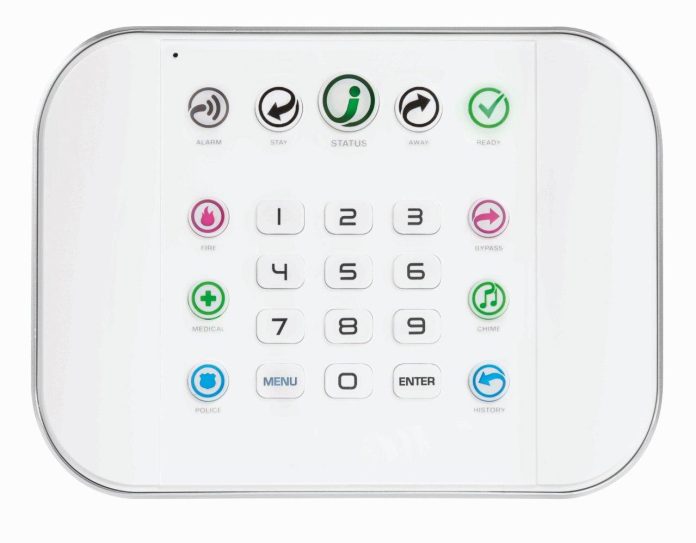 Conceived by Australia’s foremost alarm technician, Gabriel Daher, Interlogix ZeroWire is a powerful wireless security and automation solution that’s as attractive for end users as it is for installers.

The system hustled cellular, WiFi and Ethernet connectivity, as well as offering Z-Wave communications for agnostic control of any Z-Wave automation devices. Along with being open at the device level, ZeroWire functionality and reporting was open to customers, too, thanks to a built-in web server offering browser, Android and Apple iOS capability. That all seems so obvious today, but when the system was dreamed up, it was bleeding edge.

Now Interlogix, which purchased ZeroWire when it bought Australian communications manufacturer UHS from Hills Ltd in September 2014, is leaning in with ZeroWire. The solution, re-sized to 64-zones, was recently unveiled at Consumer Electronics in Las Vegas and looking at the specifications it becomes even clearer just how keen Gabriel Daher’s vision was when he conceived ZeroWire as a wireless everything solution. 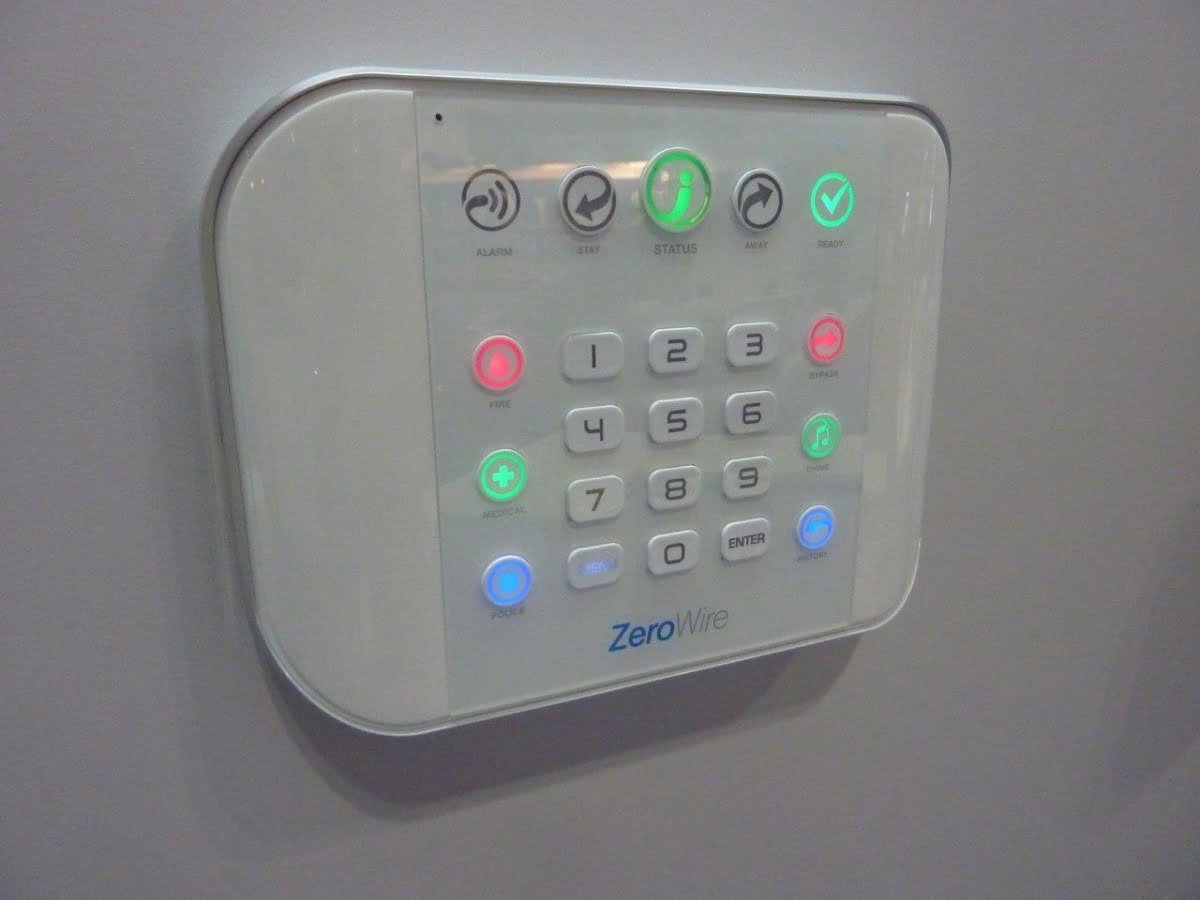 Something that’s new with ZeroWire since Daher showed me the system in July 2013 is video capability. ZeroWire now natively supports IP cameras and can facilitate both viewing of live video and replay of video recordings, either to confirm intrusion or for general monitoring. Adding video really is the icing on a scrumptious cake.

But to my mind the greatest strength of ZeroWire is retaining Sigma Design’s Z-Wave capability. Z-Wave technology is duplex, low power draw, fast thanks to a 100kbitps rate and has extremely low latency of .05 of a second. It also operates in the comparative peace and quiet of the 900Mhz band.

“ZeroWire is an ideal choice for today’s homeowner looking for a complete, cost-effective solution that provides security and interactive home control through personal technology devices”

It’s a credit to Interlogix that Z-Wave is still available. There are plenty of electronic security manufacturers which would not be prepared to leave a huge part of their new solution open to third party devices. That’s because Z-Wave is a broadly open comms standard with devices made by 250 or more manufacturers.

Z-Wave technology is licensed by Sigma and while proprietary in terms of product badging, under the hood there’s uniformity of wireless comms. That means Z-Wave devices can intercommunicate between manufacturers’ controllers. Incorporating Z-Wave means Interlogix is offering something wonderful to installers and end users that’s rarely seen in systems of this size and accessibility – a measure of open-ness.

Something else to bear in mind with all the talk of Z-Wave is that ZeroWire also offers integrated Wi-Fi. Now, Wi-Fi is an open wireless standard but it seems Interlogix will be employing it carefully. Rather than porting ZeroWire to whatever is the nearest WiFi router, the current thinking seems to be that this comms path be used to integrate ZeroWire with UTC products, including Carrier air conditioners and Kidde fire systems. 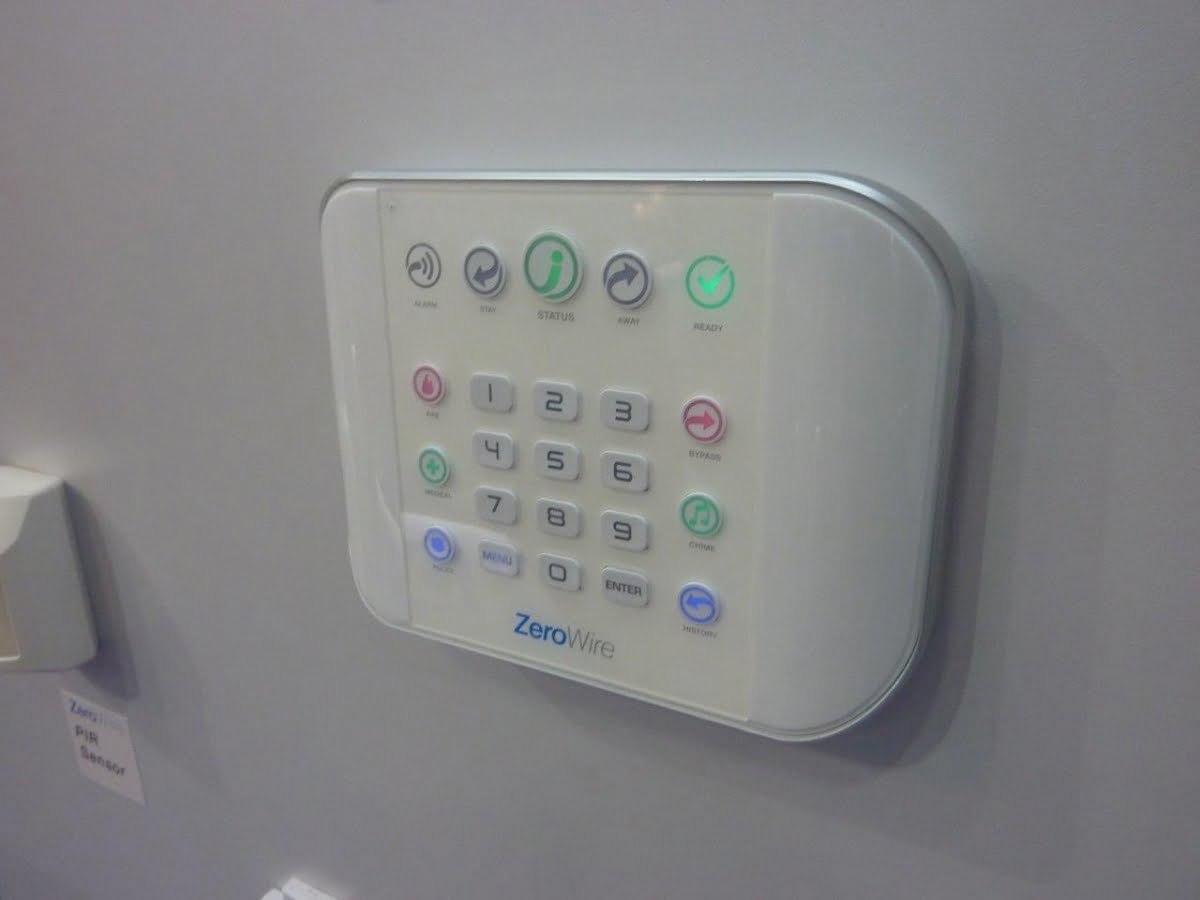 In terms of outright specifications, the ZeroWire system supports up to 64 zones and can accept more than 250 users. It has context-sensitive keys and voice-guided menu for simple installation and operation and supports door/window, glass break and environmental sensors; motion, smoke and carbon monoxide detectors. The system can also handle up to 20 key fobs that can be used locally for arming/disarming the panel, turning on or off a Z-Wave-enabled light, or activating the panic feature from a compact, remote device.

There’s a dual-path reporting over broadband and cellular networks for increased levels of security. Something that’s interesting is the fact Interlogix is highlighting the fact ZeroWire’s teeny footprint and low-profile allow it to be wall-mounted or table-mounted. Whenever I read the words ‘table-mount’ my mind always spins an image of cloud. 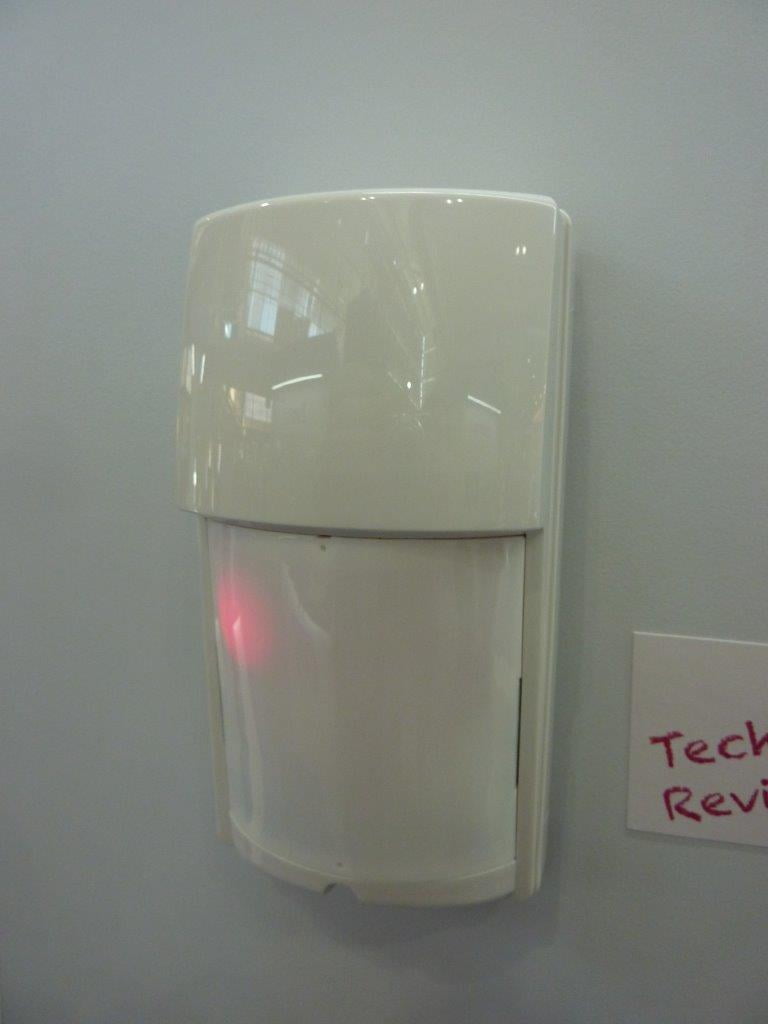 “With its advanced cloud features and user-friendly operation, the ZeroWire system is an ideal choice for today’s homeowner looking for a complete, cost-effective solution that provides security and interactive home control through personal technology devices,” according to Paul Van der Zanden, general manager, global intrusion and alarm monitoring solutions, Interlogix.

Those cloud features work both ways. As well as giving users remote and mobile access to functionality and reporting, ZeroWire is the consummate SaaS (security as a service) module, offering enterprising alarm installers an IP business model with a long line of sales hooks. ♦