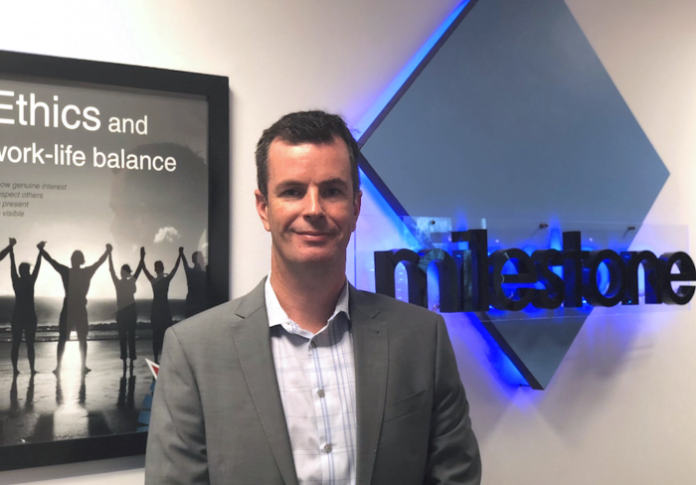 MILESTONE Systems has opened a new office at A5/8 Rogers St Port Melbourne and says there’s some big news on a key partnership coming next month.

The Port Melbourne move follows the recent announcement of several new recruits to the Australian team and a global decree to increase innovation capacity by 45 percent by 2019 year-end.

Milestone Systems’ new office is now the largest space dedicated to VMS in the country. It will be followed by a significant innovation for the video and surveillance community, to be announced in early October.

“The new office is purpose-designed to be open and accessible, much like our software. It is a modern, practical and functional space that also invites our partner community and guests into our professional world by being open and welcoming,” said Jordan Cullis, country manager, South Pacific, Milestone Systems.

The new space is now fully-functional and will be officially opened on October 3rd, when regional and global executives from Milestone Systems fly in to participate in the opening ceremony. Partners, customers and resellers will be welcomed by the Milestone Systems team and guests will be introduced to the latest major partner development – a world-first in the VMS space.

“We have a lot of things moving in ANZ, momentum has built up significantly across a lot of different markets and we are keeping pace with that by expanding our team and resources,” said Cullis. “The growth is only going to escalate over the coming months, and this office opening marks a significant investment to match that upward curve.”

Milestone is the leading provider of open platform networked video management software and world’s number one VMS vendor by revenue, according to global analysts IHS Markit.