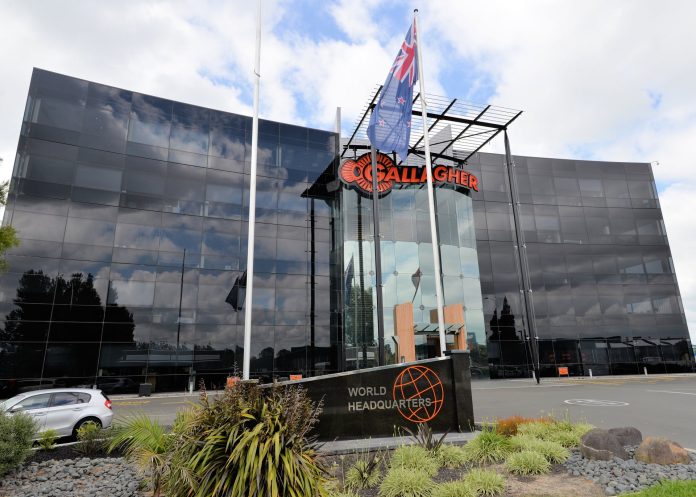 ADMIRAL Lord Alan West, who was guest of Gallagher Security Division, told an audience in Hamilton that the protection of digital infrastructure is one of the most pressing security issues in the world today.

Lord West is former UK Minister for Security, responsible for national security and counter-terrorism. He was closely involved in the United Kingdom’s first ever National Security and Cyber Security Strategy.

He was the guest of the Gallagher Security division, which provides security solutions for highly secret national assets around the world, including military bases and government facilities. In a keynote address at Gallagher’s 80th anniversary celebrations in Hamilton, Lord West told an audience of around 200 that private companies are increasingly required to deliver security services that Governments cannot.

“The digital architecture we’ve built to be open and efficient and to support economic prosperity has a very dark side,” he said. “More people are using the internet to compromise or destroy critical data, and the internet of things is particularly vulnerable. States alone can’t deliver security without the assistance of well-run firms.”

Gallagher’s global general manager for security, Kahl Betham, said the insights from Lord West were invaluable for the company, which operates 90 per cent of its business outside of New Zealand.

“Our highest security products are designed to look after national infrastructure, for example banking, power and water distribution, telecommunications, and rail and airport transportation. Unfortunately, we’re living in a time which means there is high demand our products,” said Betham.

“Cyber represents an advanced and pervasive threat, and a key attack vector is on devices at the edge of the internet of things. We implement very strong encryption techniques to manage that,” he explained.

The Gallagher event was Lord West’s only engagement while in New Zealand, and he told those assembled that the world was more chaotic than at any other time he’d experience in his more than 50-year career.

“While the threat level in New Zealand is low, no country is immune. One of the shocks of this current climate is that one’s own nationals are willing to carry out attacks.”