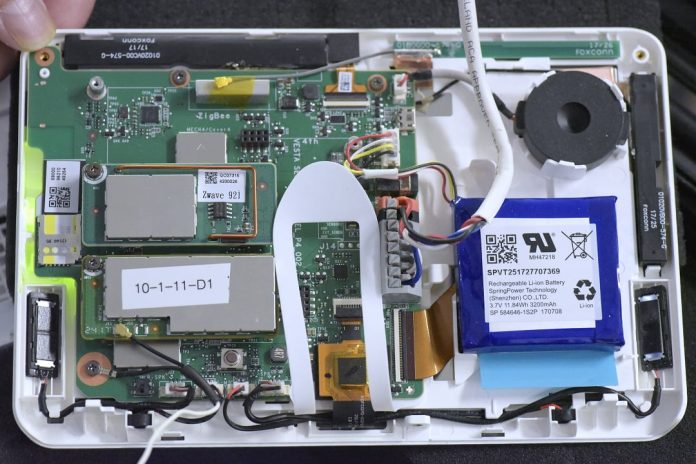 I got a run-through of the Qolsys IQ Panel 2 with Stanley El Komala, senior product manager, intrusion, BGWT recently. Someone described the Qolsys IQ Panel 2 as the ‘Swiss army knife of security solutions’ and that’s apt. This system has profound depth, especially when it comes to programming of its surprisingly comprehensive specifications.

Although the panel can be addressed via the app and web interface – El Komala has notifications running on his Apple smart watch – we drive the system using the integrated controller/touchscreen user interface. Just for clarity, I’m going to describe this unit as the user interface from now on, even though it incorporates full controller functionalities, storage, comms and lots more.

This was an interesting demonstration – I’d come to BGWT with no expectations and I wasn’t expecting to find a system that felt so familiar yet so advanced. Usually, it’s possible to nail the nature of a solution within the first 10 minutes or so but instead of first impressions, I got first, second, third and fourth impressions as El Komala peeled back layer upon layer of functionality.

The physical specification of this solution is impressive – at its heart, the system is running a Qualcomm Snapdragon chipset and Google Android OS, and the backend is familiar and polished Alarm.com. The controller/user interface is slender, has a large 7-inch screen, high resolution of 1200 x 800 pixels and multi-gesture control. Something El Komala mentions that I don’t appreciate until later is that the user interface only displays options for attached devices and this streamlines system management.