Why you shouldn’t use resistors that come with security panels. 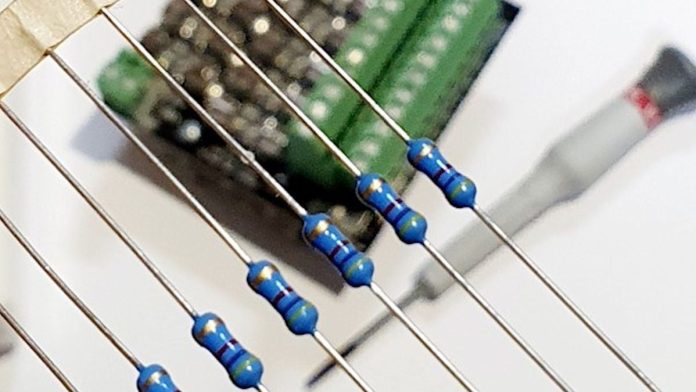 Why you shouldn’t use resistors that come with security panels.

Reject security panel resistors – End of line (EOL) resistor circuits are one of the basic building blocks of security and access control systems. Field devices such as reed switches, duress buttons, motion sensors and locks all use EOL circuits to tell the security panel device state and help to ensure the cable serving each device is kept secure.

However, EOL resistors that come free with every security panel add a major vulnerability to security systems. These resistors, supplied on tape, are called axial resistors and are designed to be soldered, with strain relief, to a printed circuit board. They were never designed or intended to be used in the field connected directly to cable or security devices.

Why should installers reject security panel resistors? Axial resistor leads are made from brittle solid copper. They often can’t withstand even minor strain placed on them when terminated, then folded or pushed into a tight door frame, cable duct or wall cavity.

Building EOL resistors circuits in the field using axial resistors is also fiddly, time consuming and makes up a large component of labour costs when installing new security devices. One incorrectly made or broken resistor network can take a lot of time to find and repair, which quickly erodes profit margin.

Pre-built EOL resistor packs and devices with built in EOL resistors are widely available in the modern security market. These off-the-shelf solutions eliminate broken resistors and reduce termination errors. Throwing out the axial resistors in preference for a ready-made solution will save installers labour costs and security system owners many headaches.

If you choose to reject security panel resistors, the ATMOD quick connect, pre-built EOL resistor packs to suit most popular security and access control panels are available from Jack Fuse. You can request a sample here.