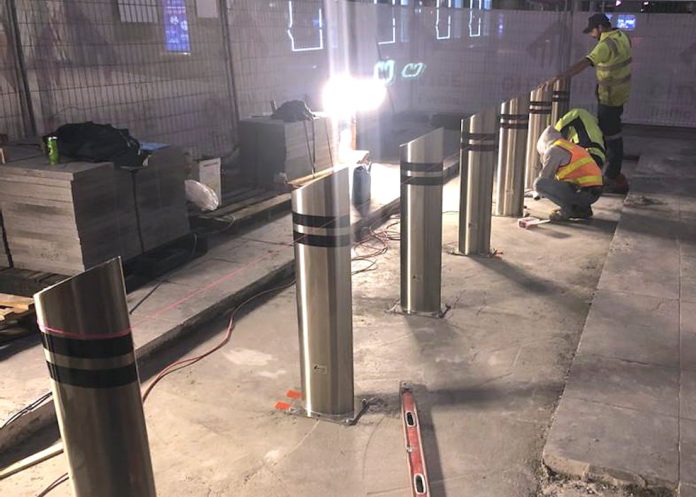 MORE than 50 permanent SAFETYFLEX TS7-40S bollards are being installed around Melbourne’s CBD, with the final phase of the project concluding on December 14.

While the city was criticised for installing concrete blocks in public spaces around Melbourne, these new stainless steel bollards are serious security hardware and will significantly improve safety of pedestrians after multiple attacks on the public using cars over the past 18 months.

Assistant Commissioner Stephen Leane said the measures would put a distance between road users and pedestrians.

“We want to create real space between vehicles, no matter who is driving the vehicle and what their intent, and pedestrians,” he told reporters on Thursday.

The Truckstopper 7-40 is PAS-68 rated and has a lightweight base plate – 46kg – and a single shallow footing 200mm deep. Despite this small footprint, a single TS7-40S bollard will stop a 7.5-tonne truck striking at 90 degrees from breaking into a pedestrian safe zone.

The TS7-40S bollard shell encases a system of springs which transmit the forward energy of a strike back into the vehicle, rendering it undrivable. At higher speeds, the bollard’s energy transfer mechanism will cause a vehicle to disintegrate.