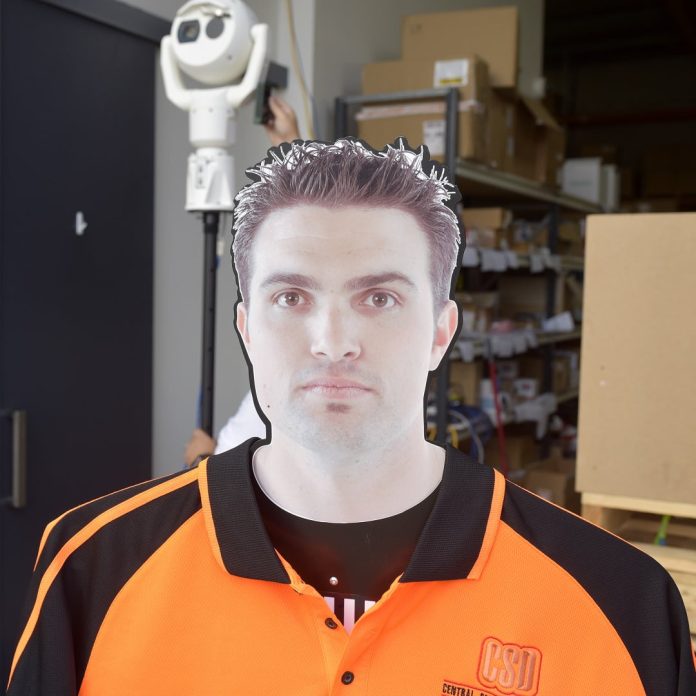 ENGINEERS have loaded up 2 more PTZs for SecTech Camera Shootout (sponsored by CSD and Milestone Systems pre-register here!), with 2 more to go – Axis and Vivotek will run the course next Tuesday at the CSD office.

According to Ronnie Rotakin, loading the cameras into Milestone XProtect and the test process with the Bosch MIC Fusion 9000 PTZ and the Uniview 44x over 250 metres in failing light went off without a hitch, though he admitted he started to slow down a little towards the end.

“It’s not easy being the focus of everyone’s attention,” Ronnie said afterwards. “But I was impressed with the cameras – if you take a look at the image showing the monitor with the doorway in the background – even allowing for under exposure it was pitch dark outside – sub-10 lux in the CSD carpark with large areas of sub-2 lux all the way up Prime Drive.

“The car in that image is at 200 metres and we’re still in colour. Then came the MIC Fusion 9000 with dual optical and thermal – there was no hiding from that, I can tell you.”

Meanwhile, Norman said he was starting to feel quite at home at Seven Hills.

“I wouldn’t say that Lily’s is better Italian restaurant than Baccomatto but it’s a good crew out here and CSD definitely has the best biscuit barrel in the electronic security industry,” Norman said.

SecTech opens in Melbourne on May 8 – that’s less than 3 weeks away! – before moving on to Brisbane May 10, Sydney May 15, Adelaide May 27, before finishing in every exhibitors’ favourite city, Perth, on May 23.

Pre-register for your city here and stay a couple of steps ahead of the competition!