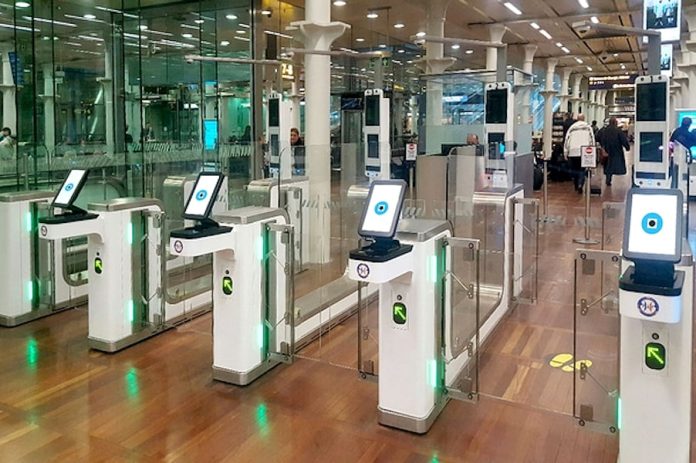 SYDNEY Airport’s trial of Vision-Box contactless customs will begin in May, according to Sydney Airport chief executive, Geoff Culbert.

“Your face will be your passport and boarding pass – there will be no fumbling for passports,” he said. “We are not aware of this being done to this extent anywhere else in the world,” he said.

Stats suggest facial-recognition technology at electronic gates in recent years has reduced the average amount of time people spend passing through customs from about 4 minutes to 23 seconds.

Qantas passengers who want to be part of the trial will be able to pass through the 6 steps of check in, bag drop, border processing, security screening, airport lounge and boarding gate after showing their passport only once for verification. The airport said it would ensure that “relevant privacy issues are managed”.

The Vision-Box solution being delivered at Sydney Airport is thought to be the world’s first automated contactless traveller clearance processes for people arriving in Australia by air at all international airports.

This contract is part of the Seamless Traveller program, which began in 2015 after the Australian Government selected the company to provide biometric border control SmartGates at all Airports’ departures.

The 3-year contract will deliver the next generation of Automated Border Control passenger-processing technology. Vision Box’s latest innovations will assist the Australian Department of Immigration and Border Protection to collect and verify biometric data from all passengers arriving at Australian International Airports.

It will also deliver a new capability that will enable known travellers to self-process through the border without the need to physically use a passport (contactless), entirely relying on facial recognition technology.

“This contract represents an unparalleled milestone in the history of automation at the border, since it is the first time a government will implement biometric identification through contactless services,” said Miguel Leitmann of Vision-Box.

The use of biometrics is part of the airport’s plans to step up the use of technology.

Sydney Airport will spend $A1.5 billion over the next 4 years on upgrades to its terminals and airfield. This includes up to $420 million this year on projects such as expanding terminal gates and resurfacing runways.