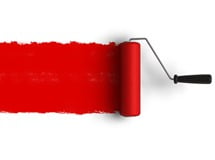 There’s no need to think of perimeter intrusion detection systems as prohibitively expensive collections of devices that will require separate control and management. Any facility can significantly improve its electronic security system by incorporating active infrared sensors (AIRS) into existing alarm panels.
In terms of design and construction, the complete sensor includes an infrared LED light source inside the transmitter. The transmitter pushes a specific visible light wavelength across open ground to a receiver’s photoelectric cell. If the beam is broken an alarm is generated.
There are 3 possible configurations for external perimeter AIRS installations. First up is the short-range single beam sensor. It’ll have a range between 30-150m and will be pole mounted between 1.2 and 1.8m. Sensor cases will be waterproof and dustproof and there should be an anti-tamper switch.
These single-source AIRS sensors are going to rely on unsuspecting intruders or an interlocking pattern of several units installed at different heights to detect perimeter breach. Ideal applications include support of boundary fences, gates, lanes or access routes. Installing them behind perimeter fences gives increased protection for vandal attacks.
The next AIRS option is the short-range stack. These sensors are also known as invisible fences and are distinctive in appearance with their elongated sensor bodies. The principles that govern a single beam AIRS unit rule here too, the only difference being sensors are located vertically within the transmitter case, their position matching photoelectric cell location in the receiver stack.
Beams can be parallel or divergent depending on applications and the false alarm threat posed by wildlife or wandering pets. AIRS’ invisible fence heights can range up to 8 metres depending on configuration – much too high to climb over.
Finally, there’s the long range, single or multi-beam sensor. This is a single purpose unit with a range up to 400m. They are best used in support of longer physical perimeters and have the advantage of a super-slim profile.

There are a number of features any good quality AIRS unit should have. Remember that these units are designed to be installed outdoors and that means they’re going to be assaulted by the elements. Look for a polycarbonate enclosure that’s weatherproof and dustproof. Any metal fittings or brackets should be resistant to corrosion and of robust construction.
In terms of operational features, you want defogger, defroster and heating elements, as well as an attenuating alarm indicator that indicates the presence of fog. Look for anti-tamper, anti-climb, low beam dispersal, angle adjustment and DSP discrimination between objects like birds and moving branches or leaves, and intruders.
You want the sensor to be able to recognize an object’s size and speed of travel. To achieve this, a dual or quadruple sensor beam is used.
You should also make sure stacks have a spring-loaded anti-climb switch built in and always activate the anti-masking feature. For higher security sites ensure beams in towers with a number of sensors located above each other. Something else that’s vital is anti-crawl beams.
Another clever idea is to install multiple stacks in overlapping fields so the location of one stack is protected by the cover of another. This technique will also give a more complex beam pattern, improving overall site coverage. And look for units designed to avoid cross talk when multiple stacks are being used.
Another useful feature that should be deployed if your sensor offers it is programmable interruption time. This lets installers set sensors up to ignore the swift passage of birds or the movement of wildlife. Try to make sure any AIRS sensor you buy has screening to protect the receiver from the effects of strong natural light that might blind it.
And look for double modulation. This second frequency confuses learning remotes and ensures they can’t beat your defences. The best systems use 4 IR beams to deliver 16 separate beam paths between transmitter and receiver.
Linkedin
Facebook
Twitter
Email
Copy URL
Print
Previous article
Hikvision WDR network camera
Next article
Fujinon D-60 Protects Sub Wreck