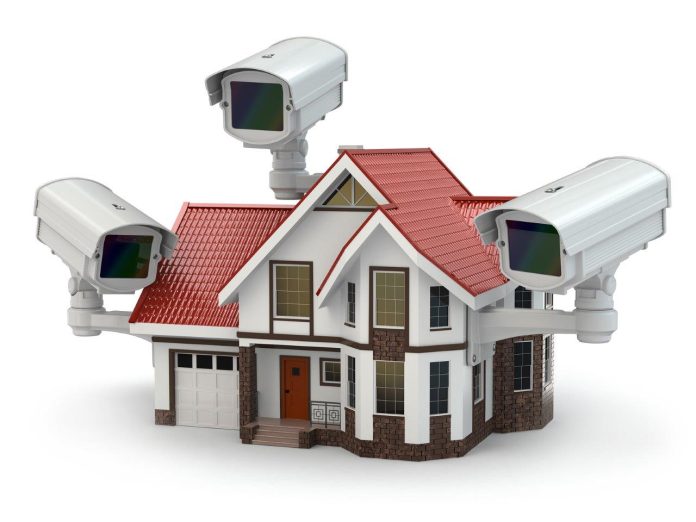 The alarm monitoring business is going to change a lot over the next 5 years and to get a sense of how much, you need only look at the sort of features users are starting to demand from their alarm panels.

THERE’S plenty happening in the alarm monitoring spaces – lots of it being the inevitable impact of new alarm technology from the likes of DSC, Risco (which has just released VuPoint Live), Honeywell and others. All are starting to wick up the support of their alarm panels, not just for automation, but for video verification as well. This gives a sense of where things are going in monitoring and it seems to me, the industry will need to peddle hard to keep up.

A key observation came from Bosch Security Systems’ James Layton this month, who said that innovation in the field of user experience will be the key driver of the future in alarm technology.

“Our market is becoming increasingly driven by the needs and desires of the end user, especially in the residential market,” said Layton. “In the past, uninitiated users would turn to the integrator for advice…today, end users are doing their own research and highlighting new technologies and innovations that they want.”

This is an important development and it relates not just to apps, alarm panel functionality and additional sensor types, but to the monitoring function itself. With 4G LTE and video verification looming, the way users think about security monitoring is definitely going to change. If they can access video footage of their premises in high resolutions and frame rates, monitoring companies must follow.

Increasing the pressure in this area alongside 4G is the NBN, which while it’s not going to be fibre to the door everywhere, is still going to be a heck of a lot more capable than current broadband services. The NBN will be important to our technology. I heard some boffin talking the other day on Radio National about ‘Peak Wireless’ – the point at which the airwaves are so crammed with signals that contention caps performance. The suggestion was that peak wireless cannot be far away, especially once all our smart devices are running 4G.

The glass NBN has gone into Armidale, Kiama, Willunga, parts of Melbourne and Tasmania and in those areas the copper PSTN network will be turned off on May 23. For local installers, customers in those areas are going to be the canary in their coal mine. Will service improve? Remain the same? Will customers be interested in additional services like 720p 6 fps video verification? Will nothing change? Installers elsewhere will want to draw on the experience of the security industry’s NBN pioneers.

Something else that will impact on monitoring in the longer term will be the idea of so-called Internet of Things, which Bill Gerhardt, Cisco director of engineering for the IoT argues will hit 50 billion connected devices by 2020. According to Gerhardt, figures show that adoption rates of digital infrastructure are progressing 5x times faster than electricity and telephony did.

I’m not really a true believer in this conceptual monster – I think there’s a limit to the number of network connections users will want in their lives but I think the idea of such a thing will expand what users expect from alarm and automation panels. Users will want to monitor power usage, water usage, multiple security and fire sensors, CO2, flood, temperature. They’ll also want to look at optical and thermal cameras remotely. And users won’t just want to be connected, they’ll want more control.

At ISC West a couple of months ago, Gerhardt said there are 5 things networks must have to benefit from the 'Internet of Everything'. These include cross-function convergence, resilience at scale, security, distributed intelligence and cloud management. He said (and we all agree with him) that security was the critical element.

According to Gerhardt, 6 additional characteristics are pivotal to the IoT. They include interoperability among disparate systems, data sharing among departments, common infrastructure investments, standardization of interfaces, adaptability to new technologies and rapid deployment of resources. A lot of these things have been on our table for some time now – and we know they have attractions and risks.

If such talk sounds like dross, things are happening in the local monitoring market that suggest some big manufacturers and service providers have a clear idea of where they think the future is going. Suretek’s recent partnership with Vivotek is a big one. Although Suretek already partners with Mobotix, a monitoring company partnering with a CCTV manufacturer that boasts the massive and affordable range of surveillance solutions Vivotek does is big news. Clearly, Suretek sees video surveillance as being a key aspect of the future of monitoring and is manoeuvring itself into position to support its hundreds of monitoring station customers.

Then there’s Inner Range, which just announced a partnership with NZ tech house, Patriot Systems. In this case the 2 companies will collaborate on the future development of Patriot Security monitoring software. According to Inner Range, planned new features include IP alarm reporting, CCTV and video monitoring, along with remote arm/disarm and door control. I can’t help but imagine a cloud solution in there somewhere. Then there's the Big Three – Google, Samsung and Apple – which are trying to integrate security and home automation into their corporate concept of the internet of things. These guys have the power and reach to change the landscape.

The future of monitoring is going to be different. And for all this talk about new functions and performance, there are underlying issues relating to basic things. The security of mobile devices, the security of mobile apps written on Java or Adobe Air, the security and reliability of the cellular comms used for panel communications, the bandwidth potential of wireless solutions and the commitment of telcos to supporting wireless networks. Consider that 2G GPRS is fine for low bandwidth applications and even low band video. But start moving quality video and you need something more.