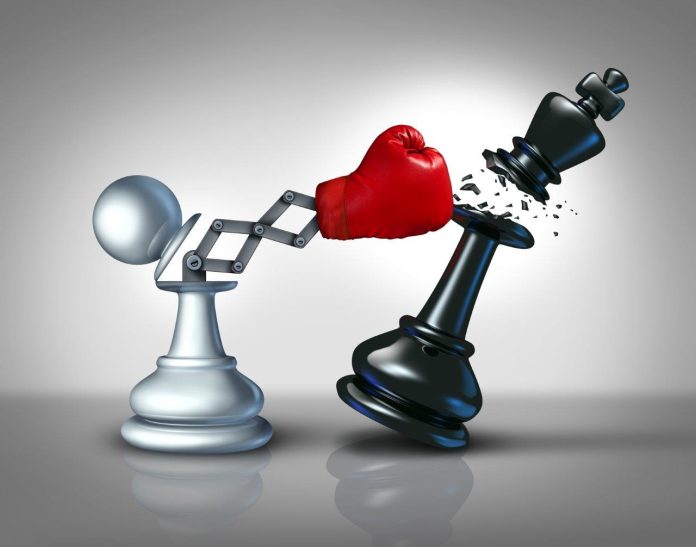 Alarm installers need to sit down and map out a game plan to ensure their clients’ alarm solutions and their own businesses are prepared to handle the changes the market faces over the next 24 months.

It’s going to be a weird couple of years for the Australian alarm monitoring market. It’s not as if we had no idea this was coming but having everything going on at once is going to be a challenge. It’s goodbye to 2G, goodbye to PSTN, goodbye to rebates, and hello to new technologies and powerful new competitors.

It’s also an opportunity at multiple levels. From the point of view of manufacturers, there’s an opportunity to up-sell installer customers and their end users to newer and more flexible solutions. Even if installation businesses decide to stick with existing alarm panels, and you’d assume many will, there’s still going to be a hardware component in the form of an additional communicator required to handle 3G and IP.

For installers, the opportunities are more nuanced. It’s likely many installers will simply bolt on new communicators and leave things at that. But more enterprising installers are going to use the opportunity afforded by the impending winding up of the PSTN network and the closure of the 2G GPRS wireless network to up-sell customers. Fact is, this is a golden opportunity for up-selling.

When you consider that after an alarm installation there are very few opportunities for a positive touch with customers, it seems installers should at the very least float the idea of a panel upgrade. Superior alarm systems might have video verification or an automation component, with some functionality being managed over an IP network by the users while alarm events continue to be monitored 24×7 by a control room.

The best of the latest generation of alarm panels is very capable. When you compare the user experience of a quality touch screen and a good management app with the LCD displays of yore, there’s plenty visual to sell. Functionality is improved, too. There are many more alarm sensor types than there used to be and there’s the added benefit of controlling air conditioning, lighting and watering systems.

Video verification is a big one but I’m still not sure we’re exactly where we need to be with that yet. Monitoring stations and response need to be all over it. And there are quality issues. Adventurous consumers are already starting to think about 4K so alarm systems dishing up QCIF video verification that's not court admissible are going to be unlikely to pry open mainstream wallets. Unless video verification leads to a police response, that is. Apparently ASIAL is working on such as arrangement with state police forces nationally right now and it's a development much to be desired.

There are a number of nice alarm and automation panels on the market right now, including DSC NEO, Tuxedo and Vista from Honeywell, Ness with Smart Living, as well as its extremely capable 2GIG controllers and Bosch with the Solution 2000 and 3000. There’s a risk with not up-selling customers to these better alarm systems. That risk is miring end users so deep in yester-tech that when they upgrade, they’ll upgrade right out of traditional hardware altogether.

That’s because there’s an opportunity we’ve not seen being pushed just yet – an alarm system as a service. Exactly how such a solution might be delivered is uncertain but the heart of the matter is obviously going to bulletproof comms. Radiating out from this comms device could be a universal standard of security devices reporting on an industry standard encrypted wireless protocol.

Such a protocol is going to be something way more secure than typical panel wireless comms of 433MHz or 866MHz. And it’s also going to be something with a bandwidth capable of supporting say, 720p at 15ips. We really need proper bandwidth if we’re going to do video verification properly. The alternative to providing customers this capability is going to be sitting on the sidelines watching someone else, like a telco, offer these services to customers they already support in other ways.

Something installers are going to have to juggle on a regional basis is the old fibre-to-the-door NBN and the new fibre-to-the-node NBN which was rolled out for the first time at Umina on the Central Coast of NSW last month. FTTN is the broadband model supported by the current Federal Government and it’s claimed it will be faster and cheaper to install than the former government’s fibre-to-the-door model.

We’ve grumped about the FTTN in SEN in the past, arguing that the 1Gbps FTTD network was going to be an industry game changer for decades to come. But it appears FTTN is at least far superior to current network performance. At SEN we pay for 24Mbps ADSL 2Plus, but thanks to contention caused by over-subscription, the test I just ran gave me an 8Mbps line speed and a miserable 972Kbps download at 2pm on a Thursday afternoon. And that's Surry Hills, 1250 metres from Centrepoint Tower.

Comparatively, ZDNet is reporting that Umina business owner Martin McInnes was able to achieve a speed of 98Mbps download, and 33Mbps upload over a copper line of 190 metres from the nearest node to his premises, with Telstra being the retail service provider. NBN Co. clarified to ZDNet that these average results were taken over a period of one week using VDSL and vectoring, which makes them pretty bloody good. Will those numbers withstand inevitable oversubscription? We'll have to wait and see.

Those sorts of capacities, if they prove consistent, are going to allow installers to offer end users plenty more in the way of goodies – particularly video. But it’s going to be a process. There won’t be a blanket roll-out, it’ll be piecemeal. That’s not advantageous because it encourages procrastination.

Regardless of the way things go, getting alarm panels to talk to whichever flavour of the NBN impacts on your turf is going to be something installers will need to stay on top of in the next 12-24 months. Another thing installers and monitoring stations will be reckoning with over the next couple of years is competing in the retail and commercial segments of the electronic security industry with Australia's biggest telco, Telstra, the owner of the infrastructure that many of their solutions depend on.

How comfortable installers are going to be with this relationship moving forward we’re yet to see. What is certain is that Telstra is an aggressive business that now owns an entire vertical. TelstraSNP will be a real competitor, not just at the bottom of the market but at the project level as well.

“We really need proper bandwidth if we’re going to do video verification properly. The alternative to providing customers this capability is going to be sitting on the sidelines watching someone else, like a telco, offer these services”

I’ve not heard what sort of alarm solution TelstraSNP plans to deploy but given the economies of scale, it’s likely to be something very good for not very much money. Informed but unconfirmed reports suggest Telstra is licensing 600 of its technicians as security installers. Apparently the company has also been looking at CCTV hardware.

As well as sharp pricing of core services and strong product offers we’ll definitely see bundling of comms and IT services, including security, from Telstra in the future. This is nothing that big comms providers in forward-thinking markets around the world are not already doing. Installers and monitoring businesses will need to be ready for it.

There will also be some impact from the DIY market. At present products like DropCam aren’t very serious from the point of view of real security capability. Their low light performance is mediocre and it seems their designers have never heard of WDR. But they’re likely to attract some homeowners who might otherwise have installed a traditional alarm panel. At the very least techs need to understand what the weaknesses of these solutions are so they can point them out to potential customers.