If you can identify the biggest stumbling blocks for installers trying to make sense of HD IP video surveillance then it’s easier to work towards planning for them or expanding your skill set, making installations faster and solutions more effective.

TRYING to commission HD IP cameras can be challenging but it’s even more challenging when you’re constrained by bandwith issues, required to position cameras in less than ideal locations, or forced by a low budget to employ a camera that might not be up to the job.

But what are the key stumbling blocks? There are so many factors to consider including managing storage, handling bit rate over public WANs, tweaking camera performance parameters for 24-hour operation, wrangling massive bandwidth demands in very busy scenes, the challenge of installing cameras to capture face recognition, as well as situational awareness.

“Some manufacturers offer excellent on-line planning tools which are very comprehensive, but are still conservative in their calculations”

According to Bruce Maxwell of Seadan Security Distribution, the best way to avoid stumbling blocks is to actually stumble…just once, and in a controlled environment.

“Some manufactures offer excellent on-line planning tools which are very comprehensive, but are still conservative in their calculations,” Maxwell explains. “Nevertheless, they will provide a good guide to the critical elements to consider, and as a byproduct, generate graphics and bills of materials which are great to include in proposals.

“Generally, issues most often arise in large projects, not in coffee shops. An approach which incorporates a pilot installation will be seen as soundly based and those not taking this approach will be at a sales disadvantage. There are also a wide range of tools from manufacturers including Pelco, which offers a 3D Camera Placement tool which converts 2D AutoCAD files into 3D site maps. These tools are excellent for planning.”

“Ultimately, regardless of compression and frugalness of bandwidth, the bigger and better an image is, the more bandwidth, processor power and storage that is required,” says Morgan. “A lack of power creates a snowball effect within the system, from live display to playback, archiving and stability.

“My first tip for any and every installer, regardless of the system is to reduce the frame rate. Halving the frame rate to 12 frames from 25fps will reduce system processing while increasing storage. In most cases, you simply don’t need more fps. You should work on a worst case scenario for storage but it is better to overestimate your storage needs than under estimate them and have storage issues.”

“A lack of power creates a snowball effect within the system, from live display to playback, archiving and stability”

Damien White, surveillance product manager at CSD, believes network planning is the key issue most installers face. Based on my own experience with network issues it’s impossible not to endorse the point he makes.

“Overall the major stumbling block is failing to take the time to plan the networking requirements of the project,” he says. “More than 60 per cent of calls that my technical support team take are related to networking configuration or design problems. It is absolutely essential to treat the network design and configuration as being as important as the selection of cameras and recording equipment.

“On the camera side, focusing of IP cameras can be difficult and is often rushed. Having a laptop or test monitor at the location of the camera allows the camera to be more accurately focused in less time.”

For Chris Tangsilsat, senior sales engineer at Axis Communications, the two main challenges he sees are related to one another.

“These challenges are image usability and storage consumption,” Tangsilsat says. “It’s because poor image quality results in higher storage consumption. As an example, if a camera is placed in a location with poor lighting, more noise will be evident in the image resulting in higher bandwidth consumption. This means that using a low light sensitive camera or adding illumination will address 2 key installation challenges.” 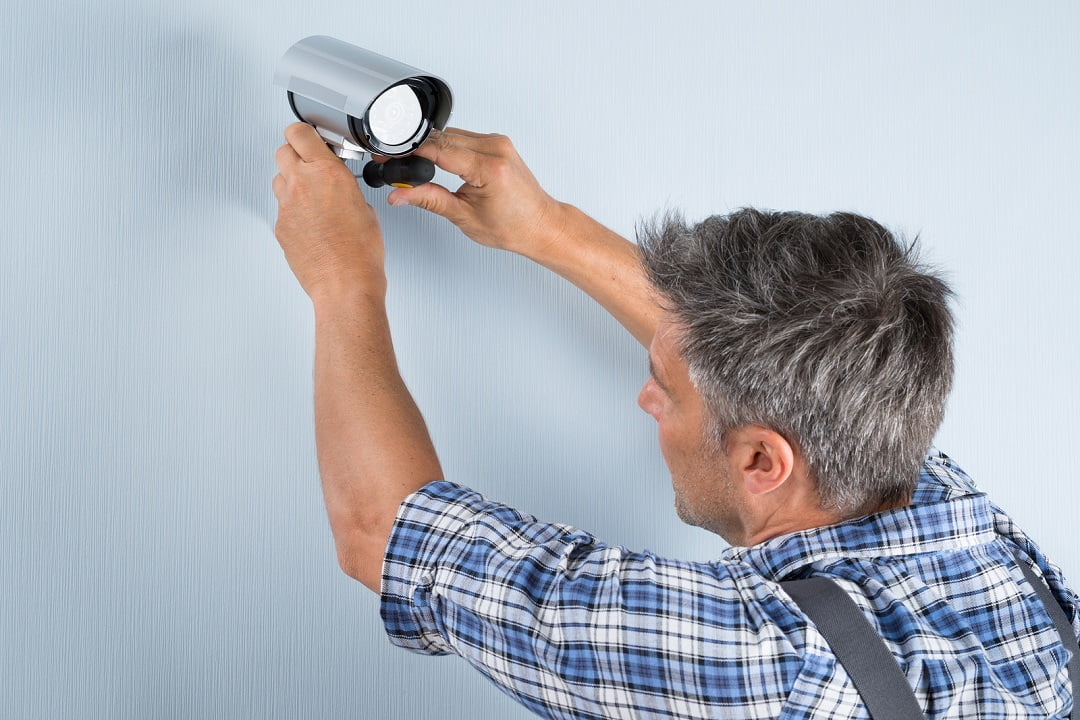 Steve Malesevic of Bosch says that not having a basic to intermediate understanding of IP networking is an obvious issue for some installers.

“Other issues include not bothering to adjust bandwidth settings to suit requirements, or placing lighting in incorrect positions compared to camera position (or visa versa),” Malesevic says. “Selecting a system that can have Transcoding implemented can solve image quality issues when viewing across low bandwidth WAN connections.”

“Techs should promptly test their camera prior to the installation and calculate the scenarios to ensure they do not have any time wasting problem-solving on site,” says Cho. “Nowadays, manufacturers provide useful bandwidth calculator tools and techs should use these tools to ensure systems will function as expected.”

For Hikvision’s Michael Bates, light is the key issue because of the impact it has on bandwidth.

“Installers frequently fail to take into account the effect that low light has on bandwidth,” Bates says. “The issue with H.264 is that even though it is far more efficient than other compression types it is still variable. In low light scenarios the camera ramps up the gain in an image and this increases noise and therefore bandwidth.

“Often installers are not getting the storage estimated as a result of this, so a camera with quality noise reduction software can be a huge benefit. A consistent theme of feedback we receive is that Hikvision’s bandwidth is at the lower end of the scale compared with most other manufacturers. As discussed earlier our soon to be released Smart H.264 and the eventual uptake of H.265 will have huge benefits.”

Sony’s Steve Charles agrees with others that issues usually arise with the network design and support of the CCTV system in general and he believes training is a key solution.

“We offer certified training programs on Sony cameras covering system design and installation, setting up of the cameras and featured analytics including camera software and Sony Toolbox applications,” he says.

“In our experience, some installers also use non-standards-compliant battery POE injectors which could potentially damage the camera. We’ve seen instances where these types of devices have been used for simple things like firmware upgrades and the device ends up starving the camera of power or the battery has failed, which in turn could corrupt the cameras new firmware and even the flash memory. This is a major problem for most camera manufacturers in the industry.”

For Lou Mavrelis at Hills, once of the easiest ways to simplify video surveillance installation is to simplify the systems themselves.

“There are various plug and play cameras and NVR’s out there that overcome most of the addressing and setup issues leaving the installer the task of fine tuning the cameras to suit the application.” Mavrelis explains. “For other VMS systems the installers need to have a good understanding of IP addressing/network systems.

“When it comes to the system design often a system is quoted and specified and during the commissioning stage the installers will sometimes struggle to understand what part of the system they need to tweak so that the system meets the specifications. Hills offers a professional service in that where required pre-staging/acceptance testing can be provided to overcome these difficulties.” ♦