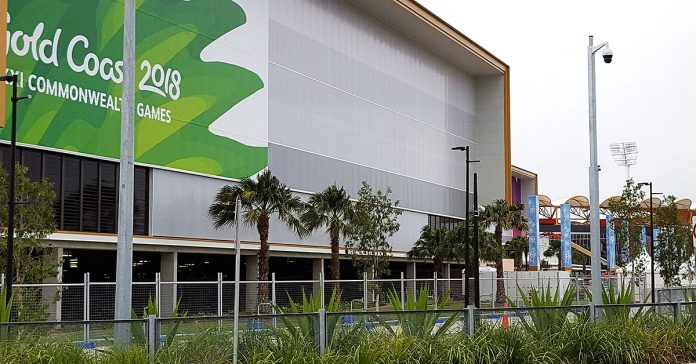 FLIR reports it has been selected as the official Video Security Provider of the Gold Coast 2018 Commonwealth Games (GC2018) in Australia, from April 4 – 15, 2018.

In preparation for games, FLIR has delivered multiple visible and thermal security cameras, including fixed and pan-tilt-zoom cameras. Most of the cameras will be equipped with embedded video analytics to detect threats and stream live information to allow rapid response to security events at the Commonwealth Games’ venues. FLIR will also provide a mix of thermal imaging cameras that operate day and night, through light fog or smoke, ensuring continual observation and accurate detection capabilities.

This mix of FLIR products will provide wide area, 24/7 surveillance to ensure the protection of the Gold Coast community, guests, and athletes. FLIR’s end-to-end suite of security solutions supports the comprehensive plan for a safe and successful Commonwealth Games.

Late last year, SEN reported that video surveillance cameras will be empowered with facial recognition technology and drones will support 10,000 police officers, 4500 private security officers and an undisclosed number of ADF personnel at the Games.

Along with the electronic security technology, it’s certain there will be a serious level of explosives detection and pedestrian and vehicular access control at all entrances, as well as widespread use of barriers and bollards to protect the public from vehicle attacks.

According to Gold Coast 2018 Commonwealth Games Corporation chairman Peter Beattie, there can be no complacency at such a large-scale event.

“We will use the latest (security) technologies and we make no excuse for this,” he said. “The police have been given extra powers which means that if you get on a train in Brisbane, you’re heading to the Gold Coast and you’ve got a backpack, you’ll be searched.

“There’ll be undercover police on all the trains and they are specifically trained to identify people by way of movements who are likely to be threats.

“When you go to the venues, it’ll be like going to the airport – you’ll go through all of the security systems. “This (security) will be world-class and it needs to be.”