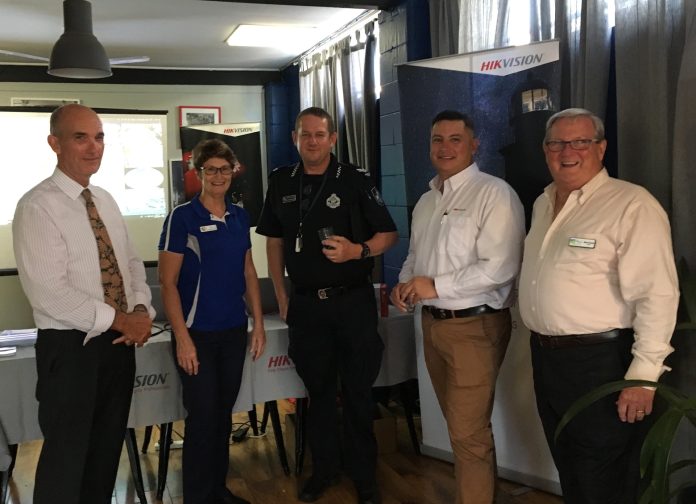 MITCHELTON in Qld has taken public video surveillance solutions to the next level, with multiple smart features enhancing efficiency and delivering the Mitchelton Chamber of Commerce serious return on investment.

The system also includes another 6 portable Wi-Fi, lithium-ion deployable, low light, high resolution cameras for use in covert situations in support of the Queensland Police Service stationed at Ferny Grove.

The funding application, organised by Douglas Grant of CCTV Specialist Consulting, took more than a year to finalise through the Federal Government’s Safer Communities programme which leverages funding from the proceeds of crime.

Grant was asked to assist with the application process by the Mitchelton chamber of commerce. Grant has been working with any interested Australian community needing CBD surveillance for its town for the past few years. The Hikvision equipment was supplied by Video Security Products and installed by a local electrical contractor.

“What starts out as an idea of helping communities in getting Government funding for surveillance and security of their local streets often turns into assisting police and local community groups address problems they believed were unsolvable,” said Grant, who enjoys offering state of the art ideas and products.

“I’ve been waiting years to take advantage of panoramic technology and to deploy multiples of this camera type into a design to give sharp images across a 180-degree angle of view. It’s been enjoyable showing the community both privately, and during our recent CCTV event, the powerful functions of their new camera system.”

According to Grant, a member of the community commented at the event where the images were being displayed on a large screen that it was “like watching a James Bond movie where the cameras can see everything clearly”.