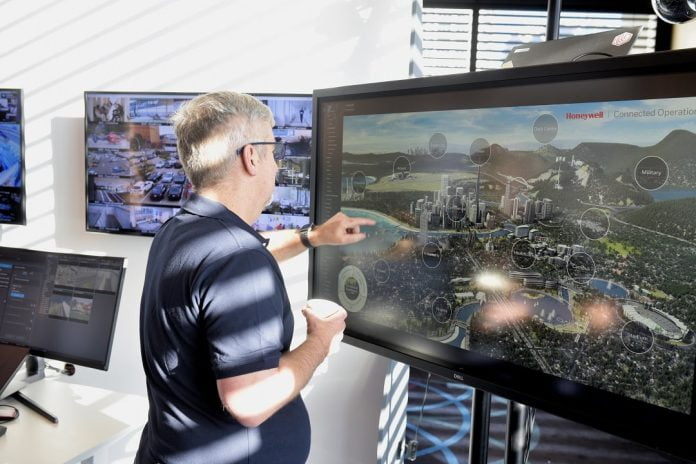 Honeywell Users Group is a 3-day symposium that gets customers together to share ideas and experiences about Honeywell technology – it’s collaborative and holistic, a focus which leaches into the sorts of tech on display.

Unsurprisingly, much of the tech is strong on integration, solutions with the ability to fuse major subsystems into single workstations for huge sites like prisons and airports. But Honeywell, which was born of heating regulators and industrial indicators, still has a finger on the pulse of sensing.

Walking around the HUG expo space, things that stood out were integrated buildings, integrated sites and integrated cities, and Honeywell is investing in these ‘lateral’ verticals to a significant degree, as well as directing its efforts to supporting verticals like data centres, healthcare, prisons, airports, industrial complexes and more. 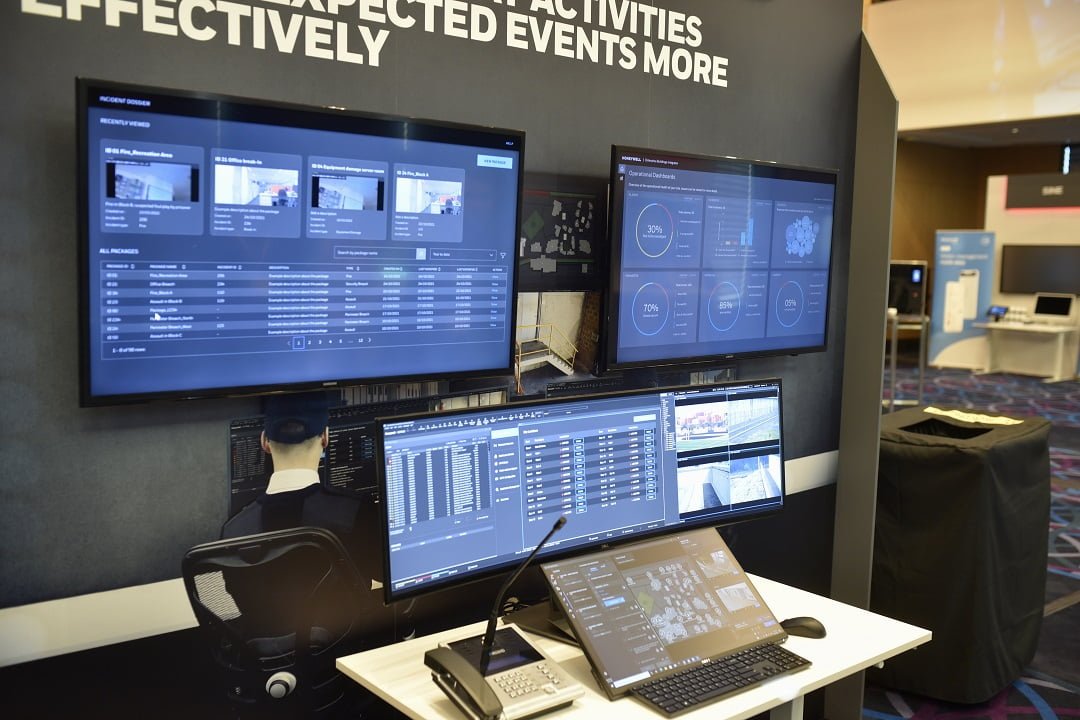 Another point of interest is where Honeywell sees the borders of its technology – those borders seem increasingly nebulous – the team and its users look at technology as a way of providing operational intelligence, not only on large sites, but across wide areas and for complex reasons.

Importantly, Honeywell and its users are focusing not only on managing building and automation technologies, but energy and organisation sustainability, as well. This latter is going to be an increasingly big deal in Australia over the next few years, as organisations scramble to sort out sustainability procedures capable of meeting goals in the real world.

It wasn’t surprising at HUG to find ICT and cybersecurity front and centre, given how vital information and comms have become for modern operations. Cyber security is key, too, not only to an organisation’s ability to conduct business, but to meets its responsibilities.

Australia’s Security of Critical Infrastructure (SOCI) Act, recently expanded to cover physical security and risk management across 11 key infrastructure sectors and 22 asset classes, put the onus for cyber security squarely onto decision makers a couple of year’s ago – SOCI is going to be a powerful driver over the next  5 years. 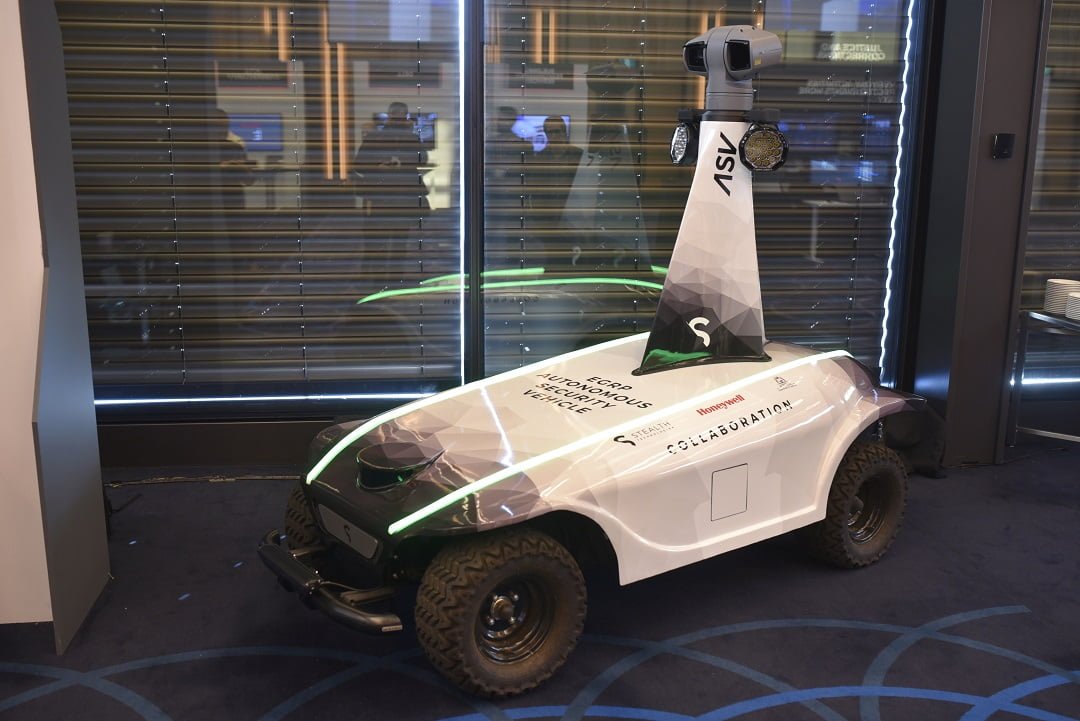 The standouts at HUG were a bit difficult to call. Being male and of a certain age means BIOS-level attraction to customised vehicles. This meant the EGRP Autonomous Security Vehicle, complete with integrated AXIS Q6215-LE PTZ – drew the eye.

EGRP is a collaboration between Stealth Technologies, Honeywell and Australia’s Department of Justice and it’s worth noting that partnerships between users and specialist developers were an important aspect of HUG, too.

But back at the office listening to recordings of presenters it became more difficult. While the prison PSIM on display was hard to go past, the airport scenario had strong appeal. Airports are notoriously challenging, with multiple stakeholders, vast suites of inputs and outputs, and life safety responsibilities. Being able to see an airport application on a single workstation was excellent.

In the case of both corrections and airports scenarios what struck me was how shallow a dive it was to retrieve key functionalities through the interface. In the past PSIM has been hampered by layers of high touch, but this new generation of software, combining graphics, camera views and live event feeds, took situational awareness to another level. 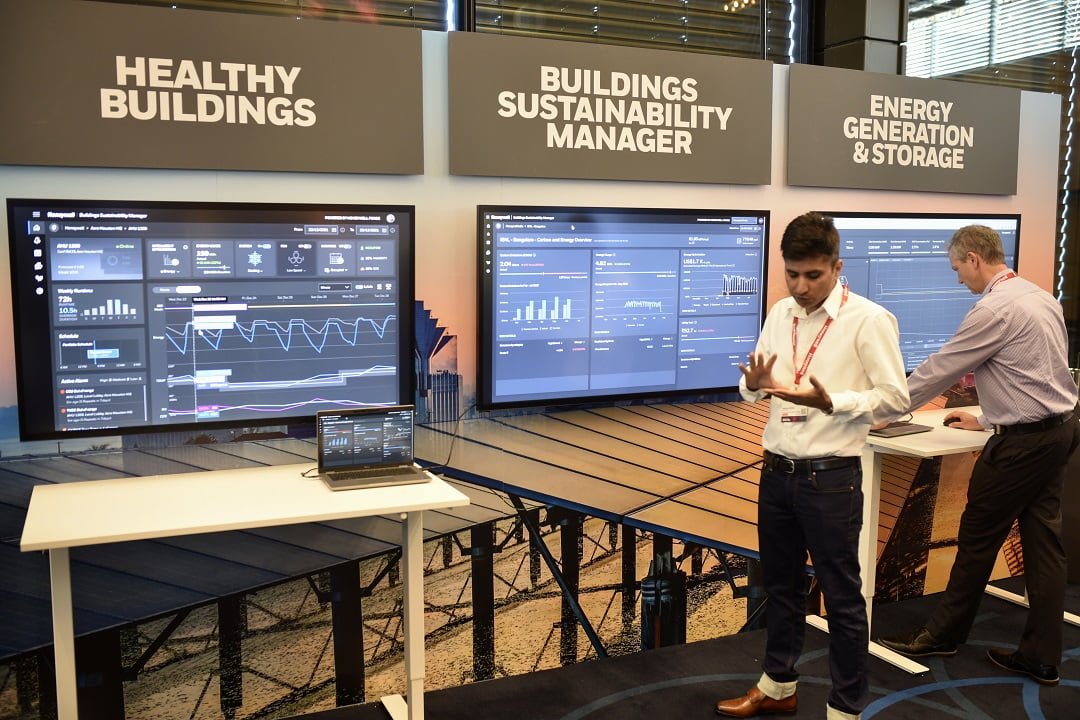 Honeywell’s Buildings Sustainability Manager was another winner, in my opinion. When it comes to reducing the impact of human activity on the self-sustaining biosphere of the planet, platitudes aren’t only easy to produce, they’re emotionally conceivable. Trouble is, they never get anything useful done.

According to Honeywell, Sustainability Manager continuously investigates, analyzes and optimizes building performance, down to an asset-specific level, while at the same time measuring critical sustainability KPIs, including carbon emissions. While all this sounds a bit complex, the notion of clear benchmarks supported in real time by constellations of ‘industrial indicators’ is all very Honeywell. ♦ 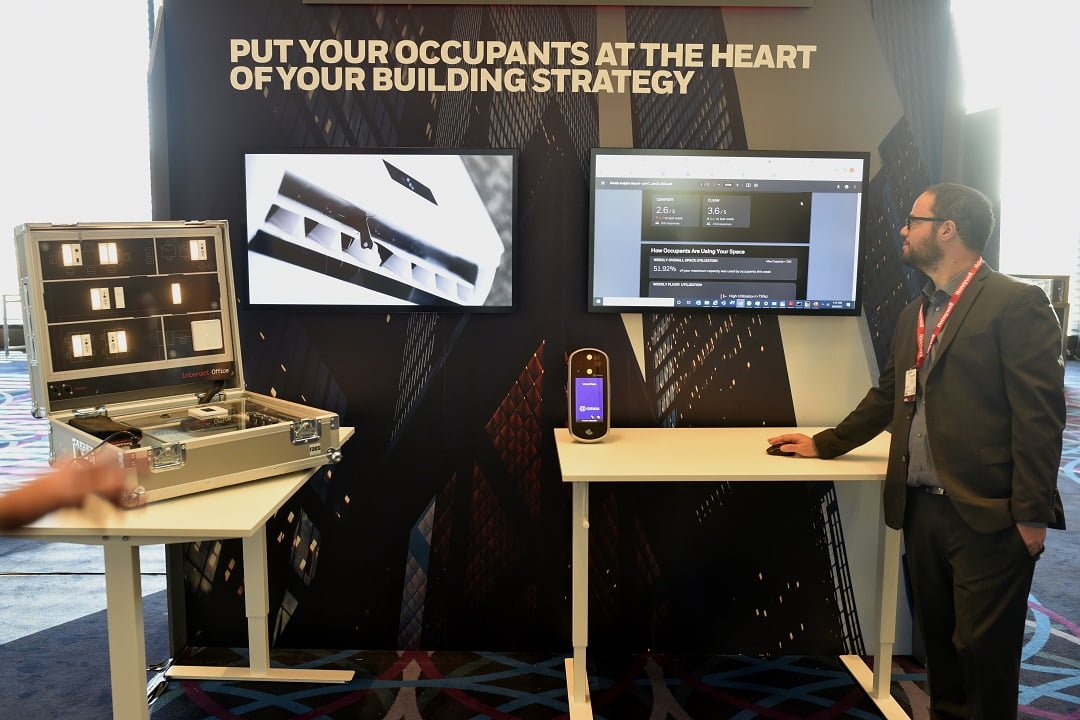 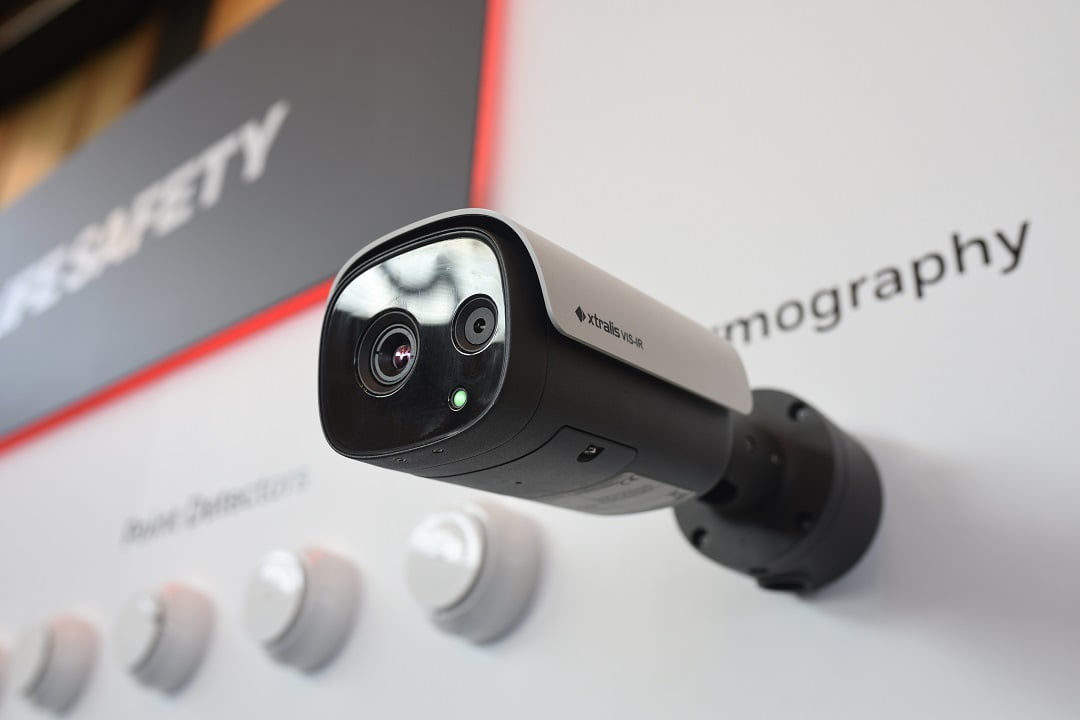 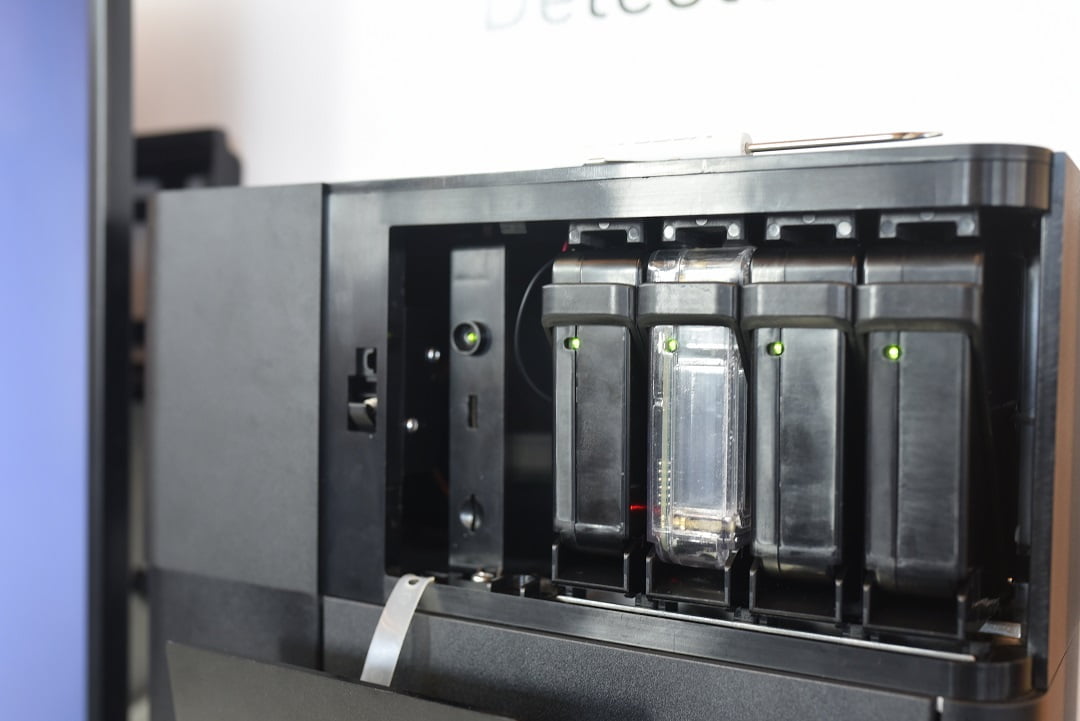 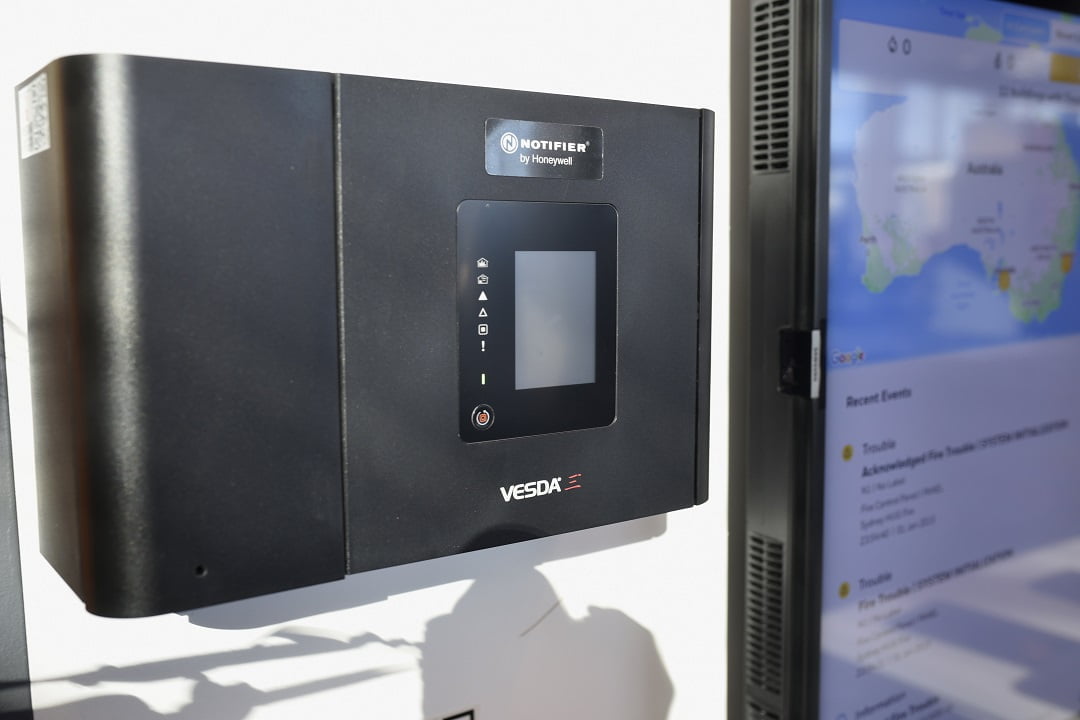 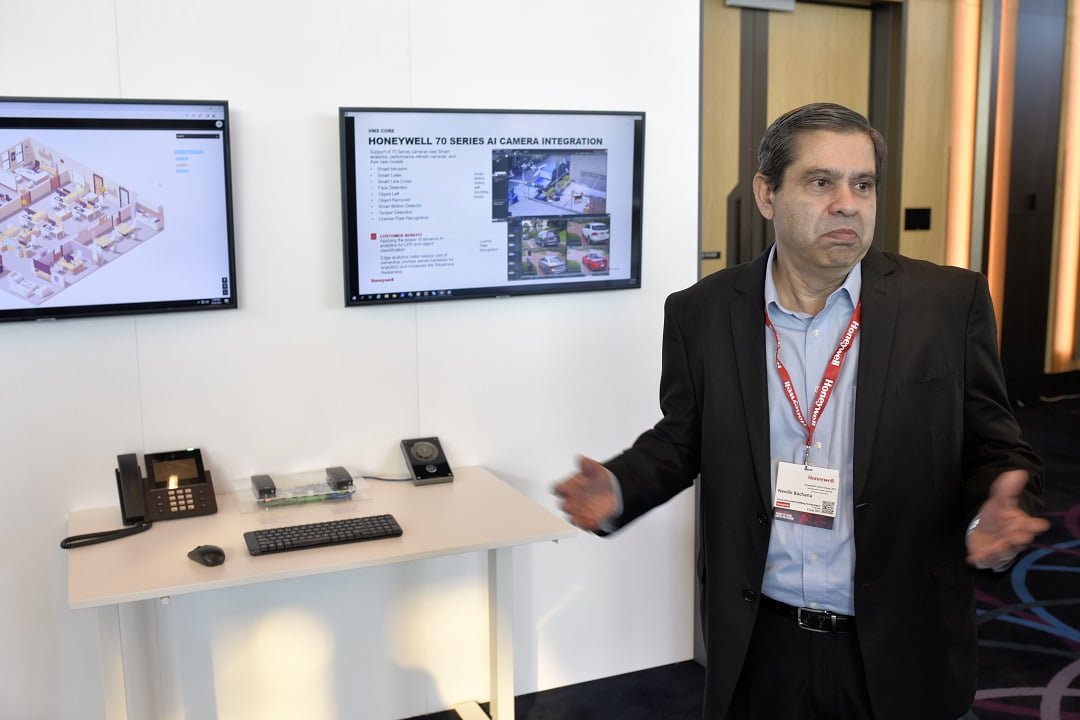 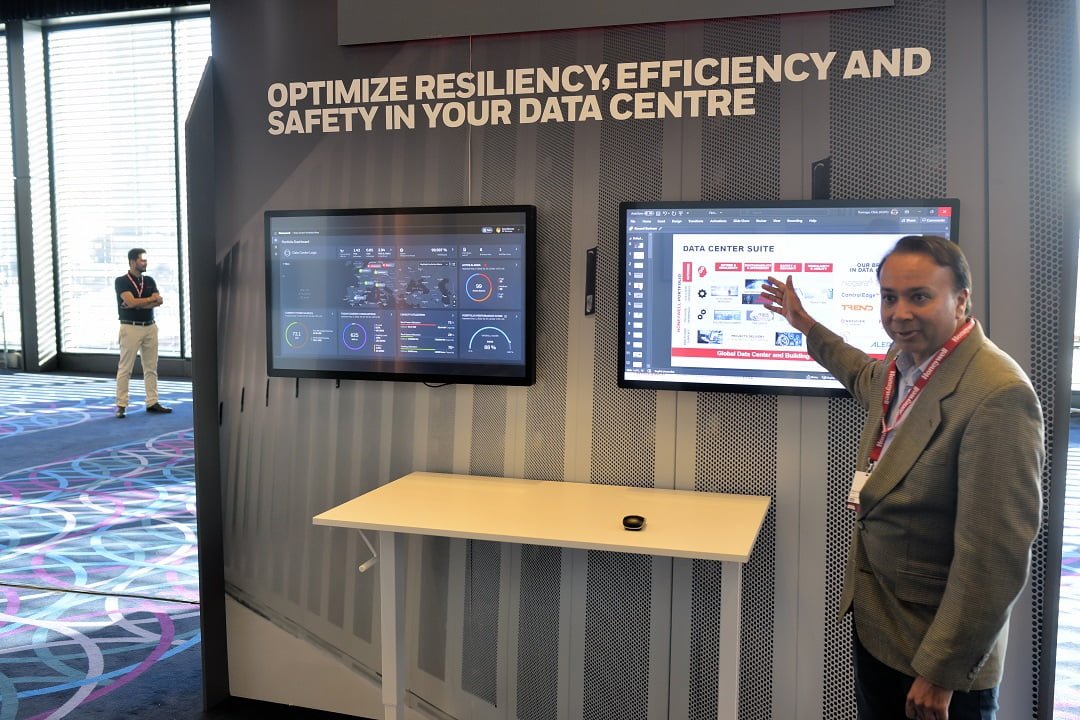 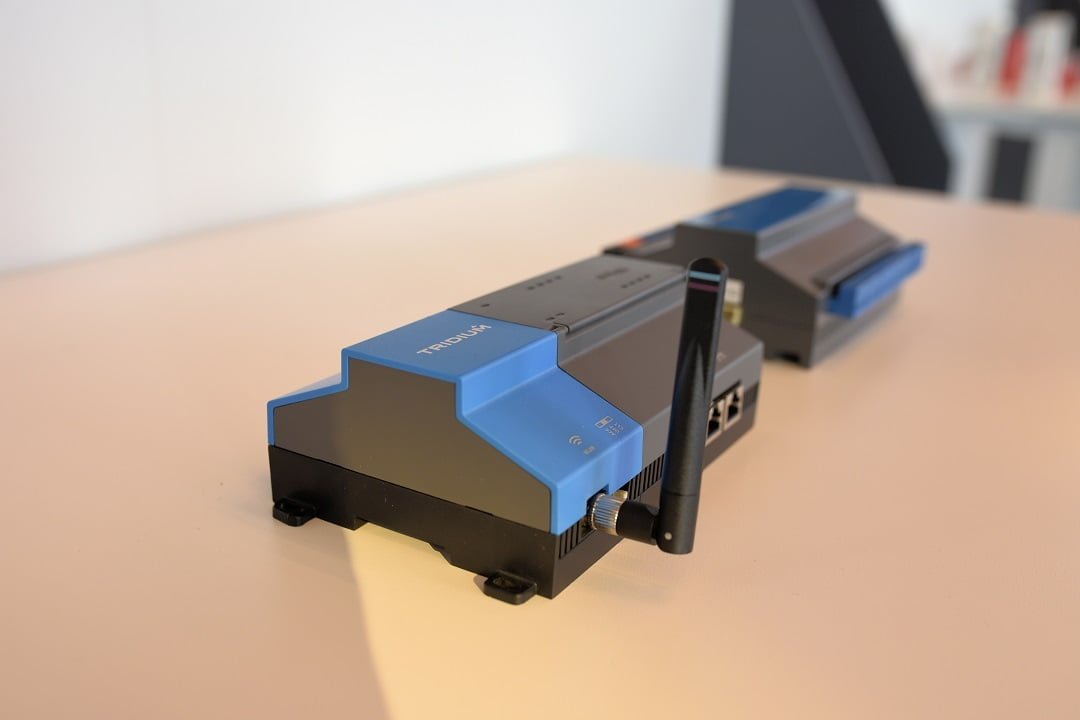 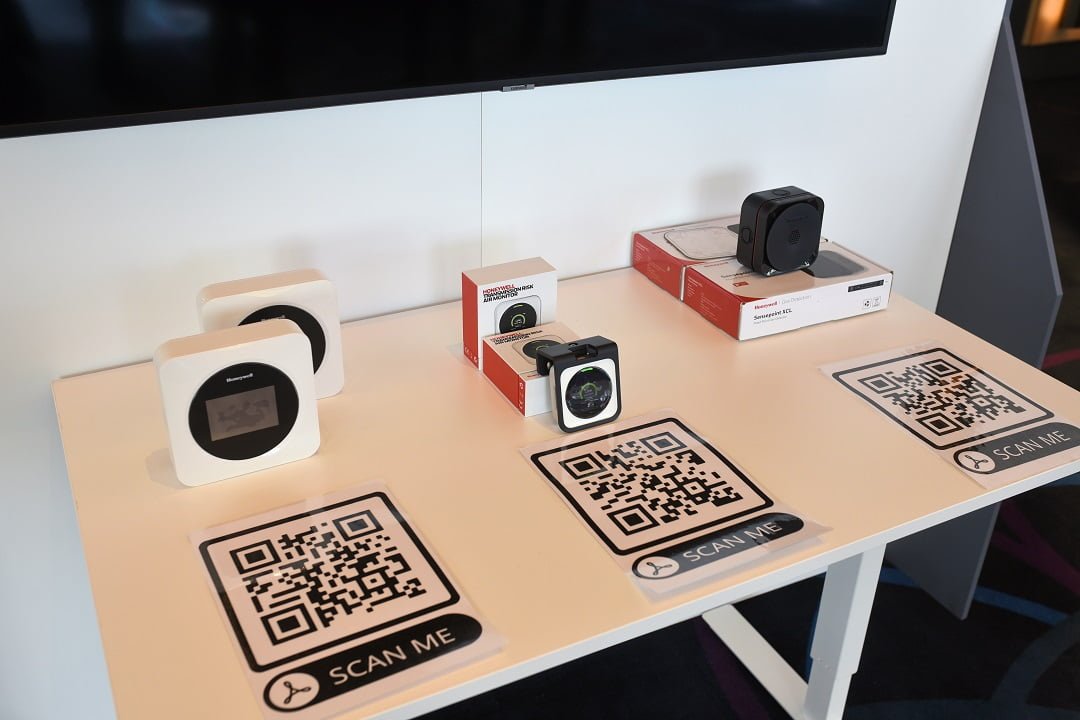 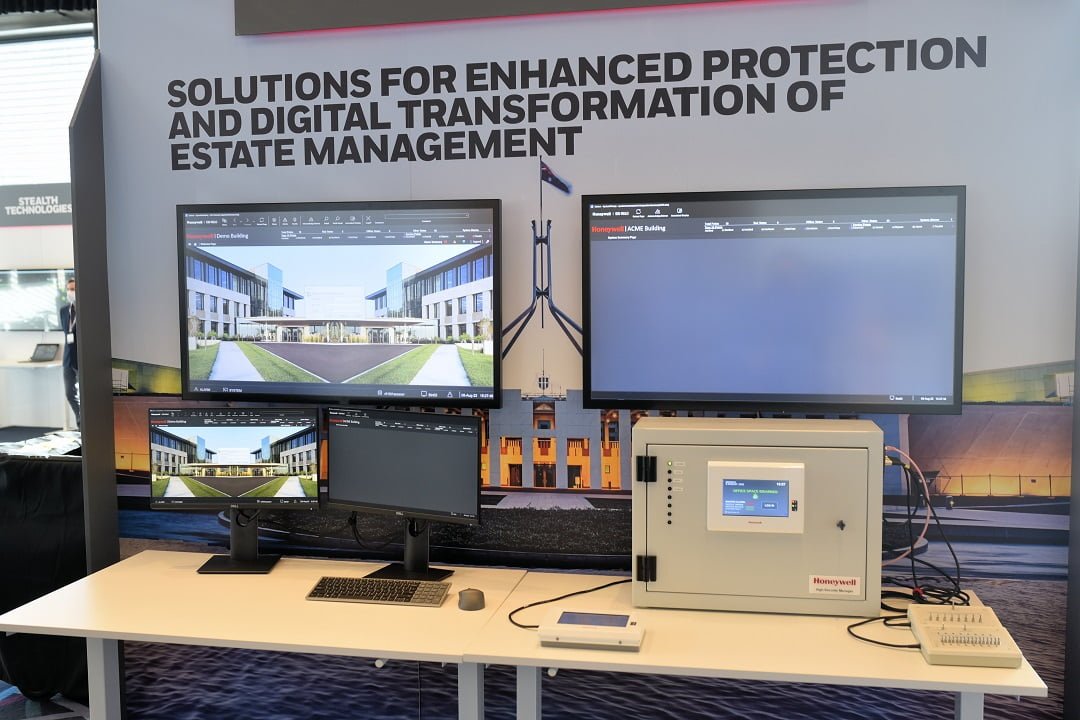 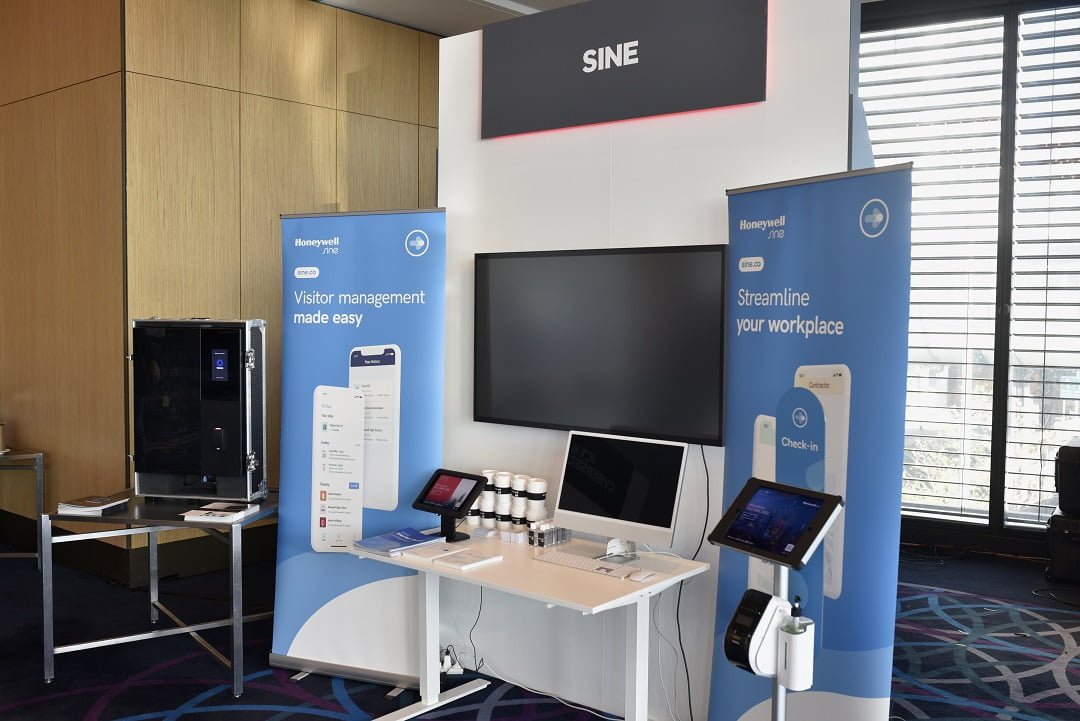 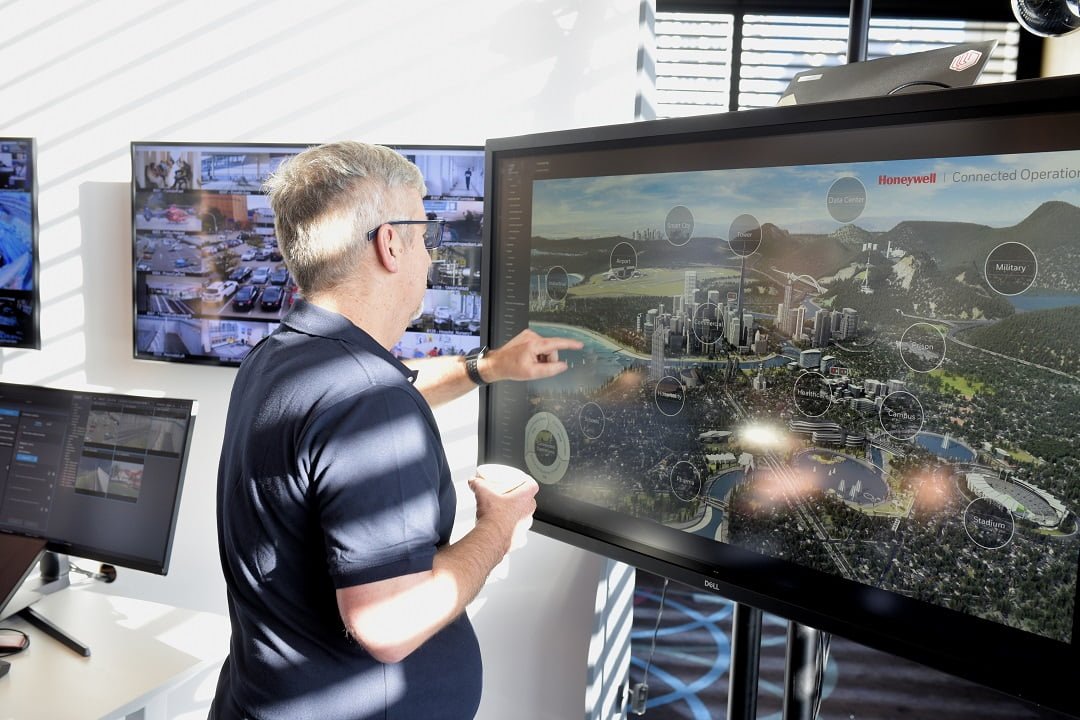 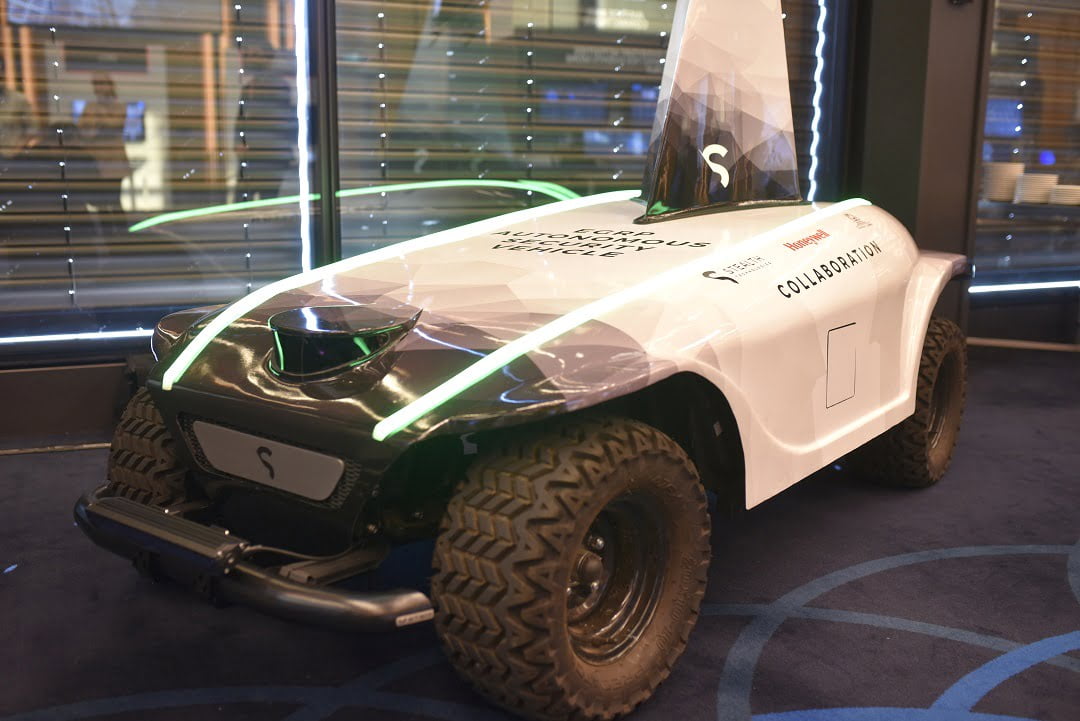 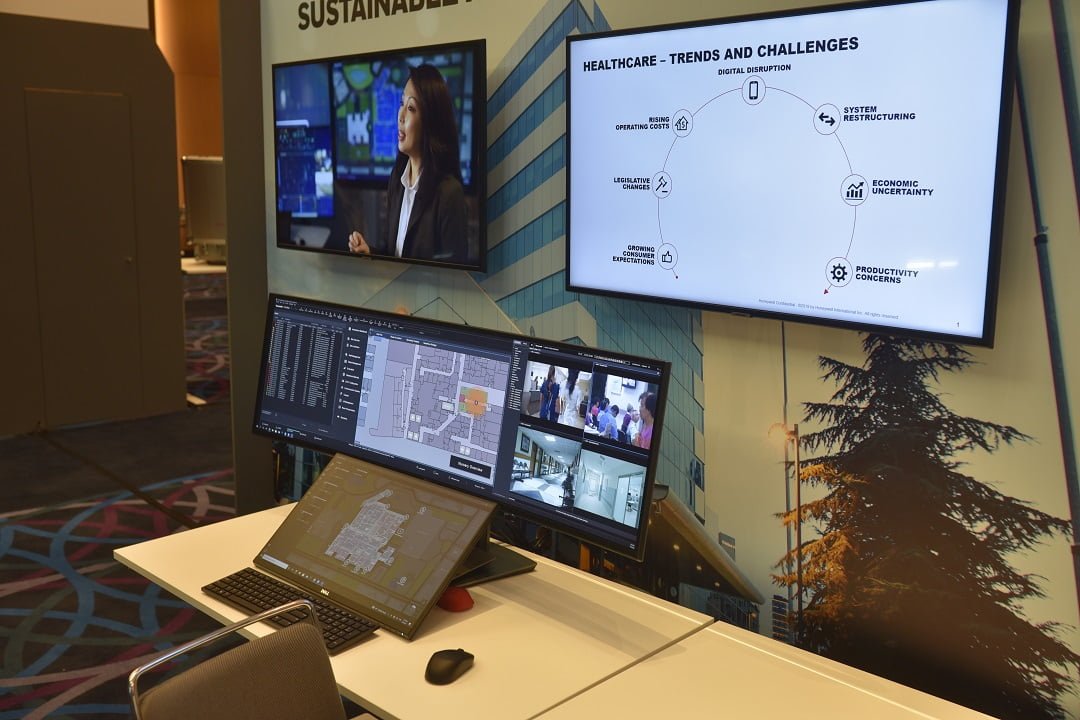