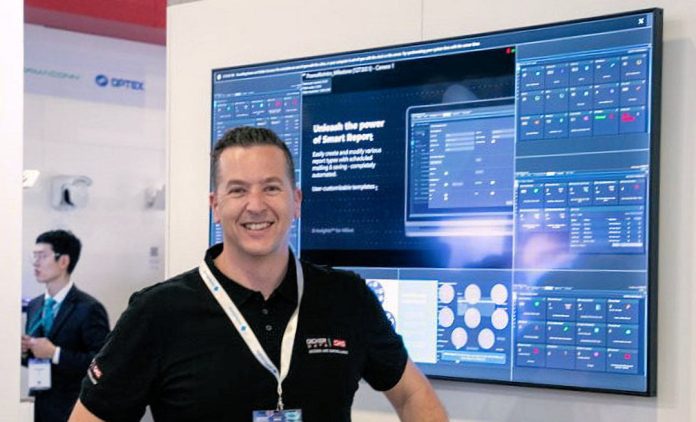 Products in the solution include Husky IVO-150D (4TB, 8TB,12TB,16TB options), and integrators pair an IVO-150D with a choice of Milestone’s XProtect range of VMS, activate licenses and away you go.

Milestone Husky IVO-150D Desktop is designed for smaller sites that require only a few cameras to be installed with local live/playback functionality. The IVO-150D range can manage throughput of up to 150 Mbit/s with up to 16TB of raw footage storage and is designed for use with up to 20 channels (based on 1080p, 30FPS, 5-8Mbps per channel).

According to Shane Morrisby, DAS, Milestone product manager, the Husky IVO-150D affirms its simplicity with its easy license activation and seamless setup with Husky Assistant.

“It’s pre-loaded with XProtect, built with Dell Technologies hardware, and is fully tested for optimal performance alongside a 5-year warranty to give the user peace of mind,” Morrisby said. “Sites such as retailers, petrol stations, small offices, and remote sites would benefit greatly from the Husky IVO-150D.”

Users can operate the IVO-150D with IDIS’ camera range that have been tested with Milestone. IDIS’ cameras complement the IVO 150D’s performance with its broad range of NDAA-compliant cameras ranging from fixed and varifocal lens domes and bullets right through to high powered 4K PTZ’s.

“Until the end of September, when you buy any product from DAS, you will be rewarded with an additional 10 per cent discount on IDIS products to complement the promotional price that can be found with the Husky IVO-150D range on offer,” said Ahmad Ali (DAS, IDIS product manager.

“This offer allows customers to customize their camera offering with Milestone to suit their individual needs,” Ali said. “Many small sites can help form a big decentralized system, meaning customers can have 10 branches with 10 different camera configurations and these can form a big system (using Milestone Interconnect licenses).”