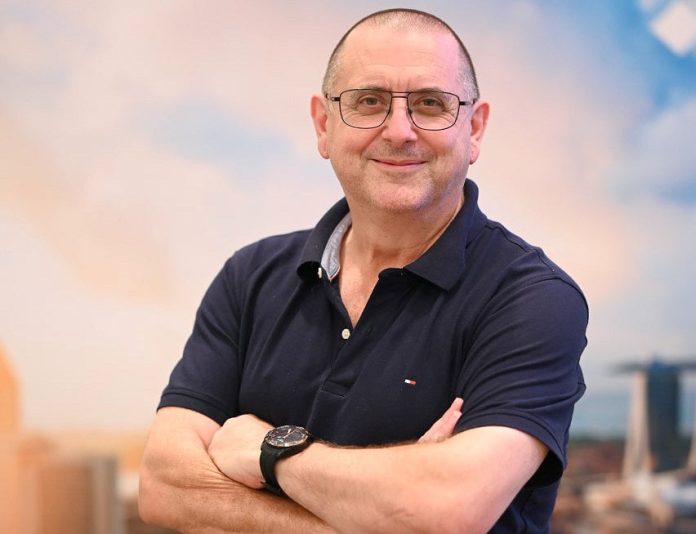 Well-known across the security industry in Australia, Larcombe joins Milestone Systems after 4 years at leading Australian video analytics company Vix Vizion, where he led the company’s channel team and was responsible for product development. His 30-plus years of experience in the Australian IT and security industries includes senior roles at Panasonic, BenQ, Samsung and Unisys.

“This really feels like a homecoming, despite not having worked directly with Milestone before,” Larcombe said. “I have been in close contact with the team for many years across a variety of roles and have great respect for the work they do.

“It is a particularly exciting time to work with video, as situational awareness and the power of analytics grows exponentially. Milestone’s open platform is at the very forefront of that innovation, and I am extremely gratified to be a part of it.”

Larcombe will be responsible for managing relationships with Milestone’s key end user accounts and oversee Milestone’s largest deployments in his new role. He joins the company’s expanding Queensland office.

“He is the benchmark for channel sales and business development, his knowledge of the technologies and people involved across all levels of the industry is second-to-none. Fraser’s experience and network of contacts will be a great asset, and this is absolutely a natural fit for Milestone,”

Milestone has reiterated its commitment to the South Pacific region, following the employment of Malou Toft to the role of VP for APAC earlier this year, and Ash Ramanayake stepping into the role of country manager in June.

The company has expanded its local staff number by 20 per cent in recent months, adding 2 new Presales Engineers, George White in Queensland and Robert Cannizzaro in Victoria. It is also currently recruiting for multiple new roles.

Other internal moves include Anna Schreiber being promoted to the role of Asia Pacific channel manager and Brian Cross moving to the position of business development manager.