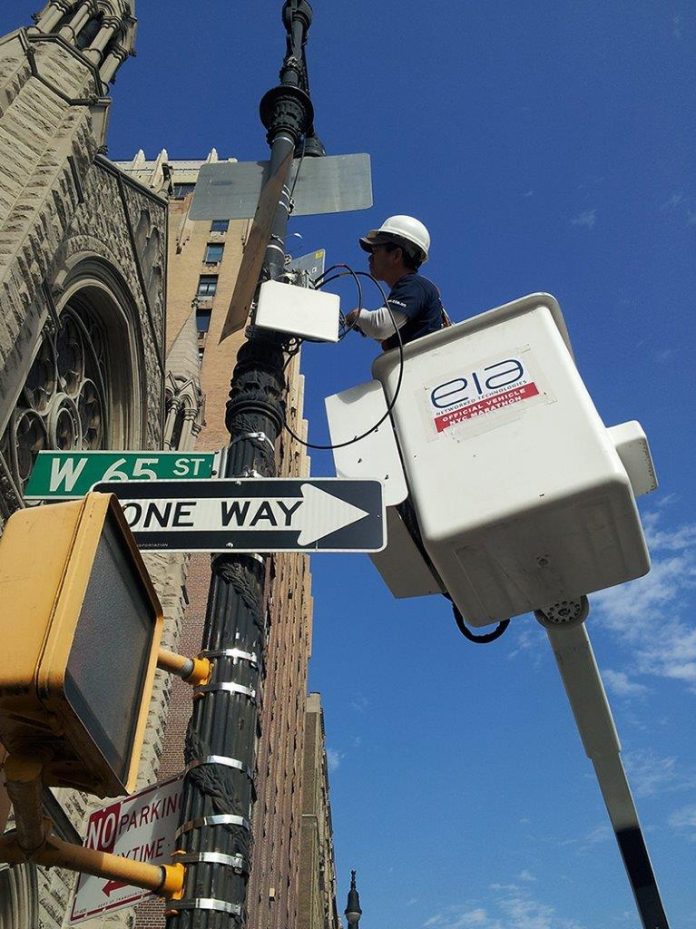 ORGANISER of the New York Marathon, the NY Road Runners, needed more situational awareness around the marathon route, particularly in and around leafy Central Park. Counter intuitively, they also needed a system that could be quickly and easily installed and dismantled.

The answer was Sony IP cameras connected to a rapidly deployed wireless network. This solution resulted in no permanent alterations to municipal infrastructure along the race route, yet allowed much greater situational awareness and emergency response control from the event’s emergency operations centre.

The New York City Marathon is the largest in the world. After the 2012 race was cancelled due to Superstorm Sandy, a record number of runners turned out for the return of the marathon in 2013. More than 50,000 people finished the race, the most ever in any marathon. In addition to the runners, more than 2 million onlookers lined the 26.2-mile route as it wound through all five of New York City’s boroughs before concluding in Central Park.

The marathon is organized and managed by the New York Road Runners (NYRR), a local non-profit running club that serves runners at all ability levels and organizes world-class running events. With marathon security being a top concern in the wake of the Boston Marathon bombing, the NYRR wanted to implement additional safety measures for the 2013 race.

Securing events such as races is always challenging, primarily due to the openness of the course and the millions of people who converge on a defined area. To address this challenge, the NYRR wanted a system that would help them increase situational awareness in and around Central Park, where marathon runners cross the finish line and reunite with their friends and families.

“Securing events such as races is always challenging, primarily due to the openness of the course and the millions of people who converge on a defined area”

A primary challenge in installing such a security system is the lack of infrastructure. Marathons often wind through areas that do not have adequate network infrastructure in place to support secure, high-resolution video transmission—and the New York City race was no exception. 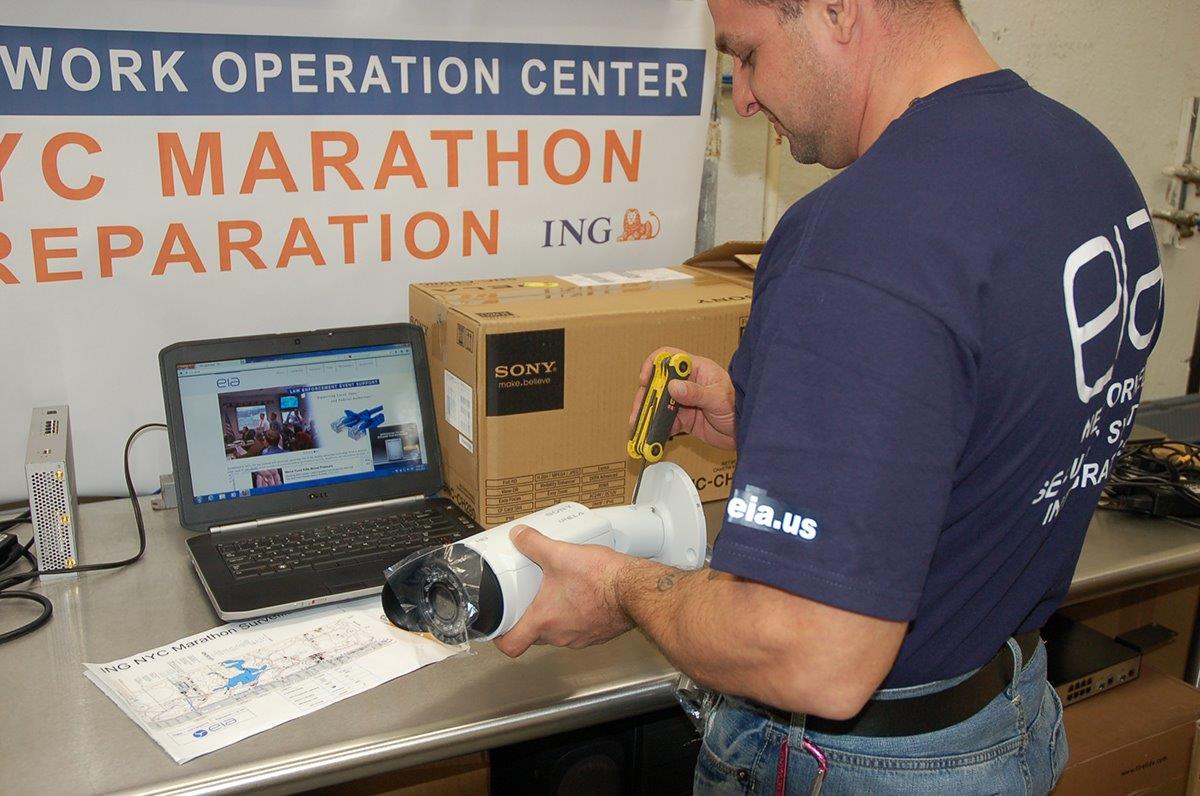 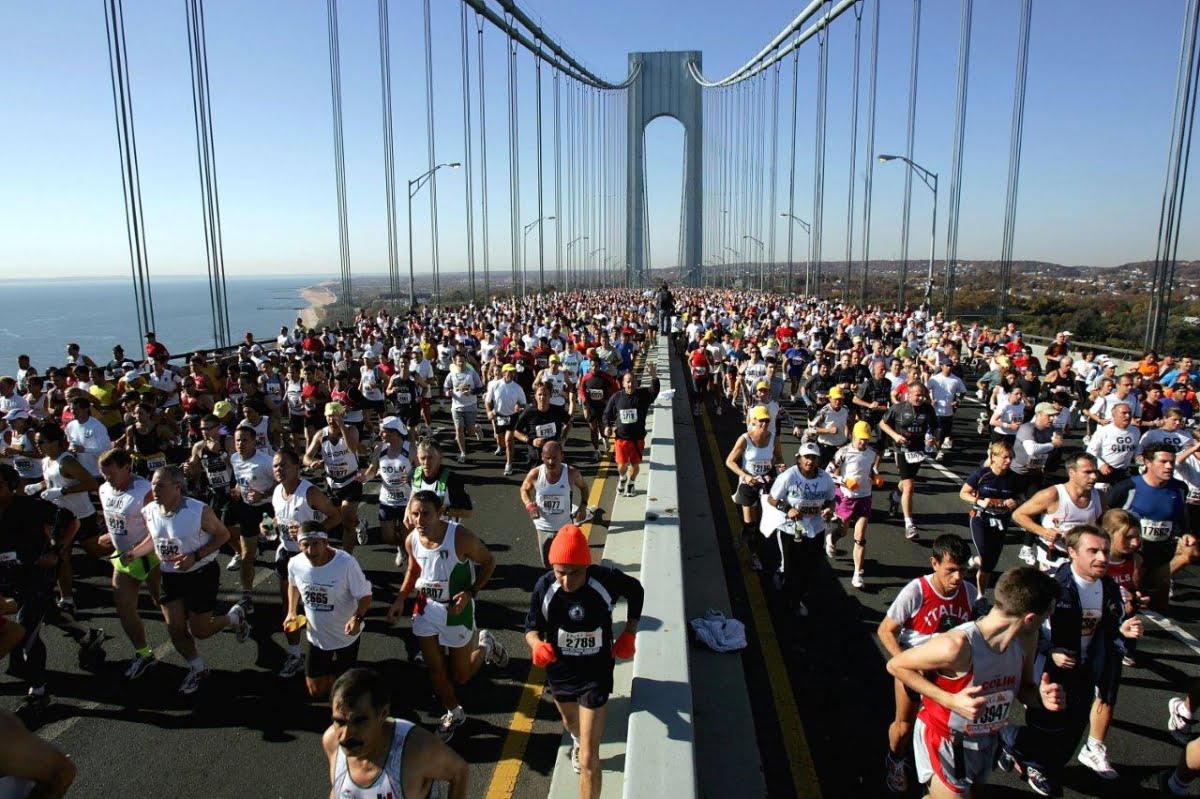 The surveillance system originated on the streets surrounding Central Park, ran into and through the park, and terminated at the marathon’s operation center. The operations center was staffed by members of the FBI Joint Terrorism Task Force, New York Police Department officers, and EIA executives.

Both the marathon management and law enforcement officials used multiple video displays from the Sony IP cameras to improve their views and situational awareness of race areas in and around Central Park. The system was also integrated into the marathon’s larger security footprint established by the NYPD, enabling any critical visual information to be shared on a broader scale.

Adam Roth of EIA said that Sony’s IP cameras were selected because of their full-HD image quality, ease of installation, and ability to stream over a wireless mesh network. Both marathon management and law enforcement used multiple video displays from the Sony IP cameras to improve their views and situational awareness in and around Central Park. 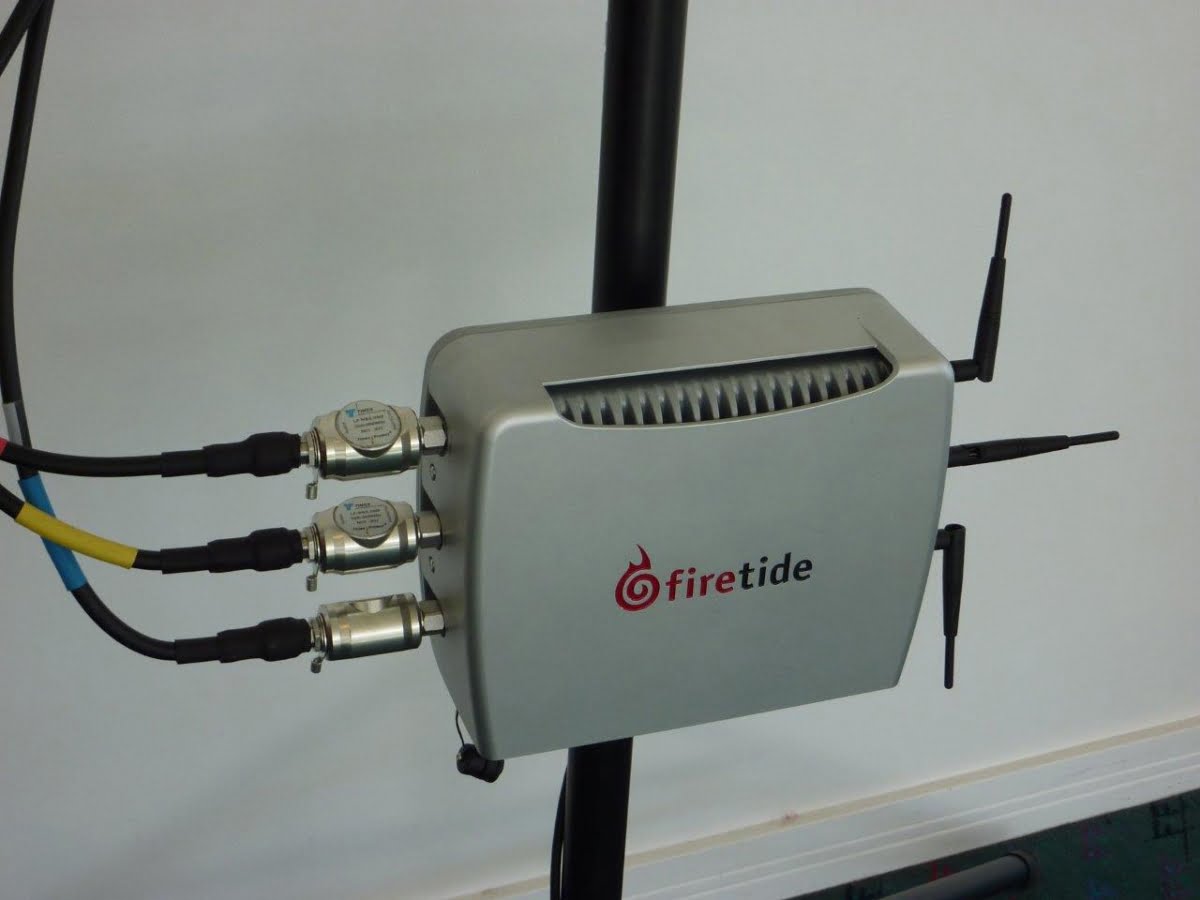