SEN.NEWSDISCOVER THE ART OF SEN NEWS
HomeArticlesPOTS use in the UK Will Fall 22 Per Cent by 2014
Articles 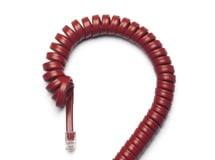 Monitored alarms
using plain old telephone lines POTS) accounted for nearly 90 per cent of
recurring monthly revenue (RMR) in North America in 2009, according to a new
report from IMS Research. However, the total percentage is forecast to decrease
20 percentage points to nearly 70 percent by 2014.

Similar declines
are estimated throughout Europe, although there is a great deal of variation
from country to country.

“It’s interesting
how each market is responding differently to the decline of POTS,” says market
analyst and report author Ewan Lamont.

“While it is
widely accepted that the use of POTS for alarm communication will come to an
end sometime, the lack of a definite end-game reduces the pressure on dealers
to switch. Also, there are still questions over what will successfully replace
it, and until these issues are resolved the market will be slow to move to an
alternative.”

IMS Research’s
latest report on the remote monitoring industry predicts that half of the
monitored alarms in France will have a landline connection by 2014. This
contrasts with the Spanish market, which is predicted to show only a slight
drop in market share for landline connections.

“Each market has
very different drivers behind the change, with some riding the emerging wave of
IP, such as Germany; while others, such as France, prefer the wireless
convenience of GSM,” Lamont says. “On top of all that, there is radio to
consider too. Timescale is also important to consider. Each country is
progressing at a different rate, making planning for the future very
difficult.”

In Australia the
rollout of the NBN and the closure of Telstra’s copper network will provide the
sort of definite line in the sand needed to overcome the inertia of incumbent
technology and financial models.