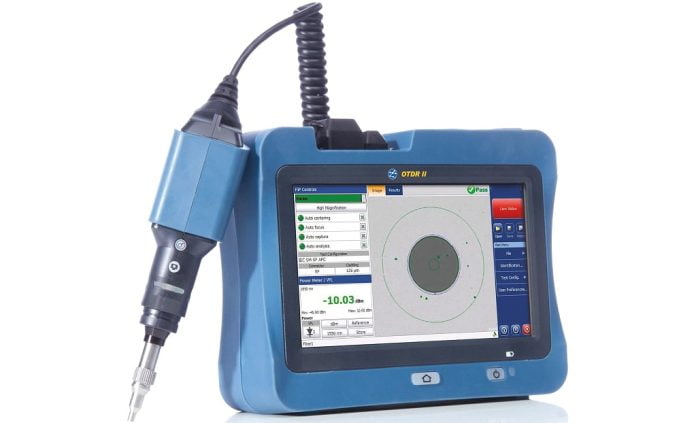 Selecting Network Troubleshooting Tools – What do you think are the right tools for network troubleshooting? Can we use our existing gear, or do we need to expand?

A: When selecting network troubleshooting tools, you might not need to reach any further than your trusty multimeter. It goes without saying that cable testing tools like multimeters are just as vital for network cables as they are for coax or 12V DC. You’re going to be looking for things like voltage and impedance – the latter being especially important. Impedance on LANs is resistance that helps control a signal and every cable in which a data signal is being transmitted will incorporate a level of impedance that indicates proper transmission and interpretation of a signal.

Essentially with resistance you’re looking for points in an electrical path where the passage of current is being restricted or blocked. You’ll be on the hunt for unexpectedly high impedance or very low impedance that might indicate things like a broken or crushed wire, a faulty termination point or an improper pairing of wires in the cable.

There should be impedance but neither too much, nor too little. Your first test might be for shorts or open circuits in the wire – you’ll be looking for a lack of voltage (open circuit) or too much resistance (short). You can also test for the presence of stray electrical signals causing noise and also important will be checking the resistance of terminations.

A multimeter is a broad term given to a range of test devices that can cost from $A20 to $4000 – the extra cost will give one button functionality, automatic troubleshooting, interface with maintenance and reporting software and a bunch of other good stuff.

Depending on the capability of your DMM you may be able to test for circuit noise by pressing a single button, you may be able to save readings for print out or download them via a USB port. Very high end DMMs are valued for their extreme accuracy and while this capability might be great for an electrical engineer, chances are it’s going to be more than you need to measure network integrity as a tech.

When selecting network troubleshooting tools, consider the crossover cable, in which transmit and receive wire pairs in a connector have been reversed so a couple of nodes can be linked directly. The beauty of a crossover cable is that it allows the tech to very quickly establish whether or not a network interface card is operational, and this allows you to quickly move on to cabling or devices upstream rather than focusing on a DVR or NVR that might be functioning perfectly.

Cable continuity testers are another useful tool when network testing – they’ll allow you to establish whether or not a cable is getting a signal to where it needs to go. The way a continuity tester works is by putting voltage to the conductors at one end of a cable and measuring what comes out the other end. Obviously, a continuity tester consists of a couple of devices including a base mechanism that supplies voltage and the field device that measures voltage at the other end of the cable. LEDs or a beeper will indicate a pass or a fail.

You’ll need different testers for different LAN types, Fast Ethernet or Gigabit Ethernet, for instance. Some continuity testers will test things like correct pairing, as well as highlighting things like shorts, and crossed wires. You wouldn’t pay any more than a few hundred dollars for a continuity tester but it’s an invaluable tool.

Another neat troubleshooting device that can be used as a continuity tester as well as giving you a bunch more functions is a cable performance tester. This tester will tell you if a cable is carrying more than just current as well as measuring attenuation in a cable, measuring near-end cross talk, measuring the distance to a connected device, termination or cable fault, measuring termination resistance and impedance, issuing pass or fail ratings for various cable types, and showing measurements over the entire length of a cable.

At the upper end of cable performance testers there’s also a time domain reflectometer which fires a signal down a cable then measures the way in which the signal bounces back to the TDR before analyzing the results. Any feature of a cable plant that modifies signal amplitude can be analysed by the tester, including things like connectors, crimps, bends, short circuits, mismatched cables, etc.

The tester looks at the values of the return signal, including the time it takes to get back to the tester and compares them to the original in order to assess cable faults. TDRs can measure the distance between nodes and segments, which is important if you’re in unfamiliar territory. And if the network is coax, the TDR can report whether or not terminations are clean and functioning at optimum levels.

If any elements of the network are fibre-based, you may need an optical time domain reflectometer. Like a TDR, the OTDR analyses test signals to establish the condition of a cable plant but uses light, not an electrical signal. OTDR testers are expensive – $500 will get you in at the bottom end and prices go up to about $14,000 for the OTDR II Tester from Ideal Networks.

While $14,000 is a lot of money, a less expensive unit is still a good investment if you’re installing serious fibre jobs on large sites and the unit cost can be defrayed among a number of installation teams.