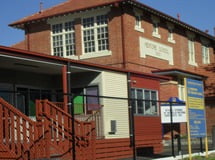 MOST fascinating in this application is that Protege has been chosen not for its primary functions of integrated alarm and access control but for its advanced building automation and energy management features.
According to Security Merchants’ Rod Raatjes, with energy costs soaring, schools are placing increasingly more importance on implementing solutions which will reduce their ongoing costs, particularly during school hours.
“AAA Electrical Contractors, one of the largest installers of Protégé, were given the project of designing and implementing the building and energy management system,” Raatjes explains.
“AAA’s Dave Ward, utilising the experience gained from carrying out other Department of Education projects, was able to work with our staff at Security Merchants to design a system, which, utilising very clever techniques, was able to minimise energy usage while still providing a comfortable learning environment for students and staff.”
Raatjes says the system utilises a complete array of Protégé components, from the Protégé SE main control panel to analogue input modules, analogue output modules, relay output modules, LCD touch screen and other peripheral devices to provide a complete system which monitors and controls a number of classrooms with a range of key functions.

“AAA Electrical Contractors, one of the largest installers of Protégé, were given the project of designing and implementing the building and energy management system”

“When it comes to classroom system activation, a single touch button inside the classroom entrance is used to activate Day mode at the start of the school day,” he explains. “Activation of this mode initiates all the Protégé building automation programs enabling monitoring and operation of lighting, ceiling fans, heating and cooling and air quality.
“Meantime, passive infrared detectors monitor classroom occupancy and deactivate the system automatically after no movement has been detected for a period of 15 minutes. In this scenario, lighting may also be configured to ramp down to a specific lux level instead of being turned off.
“Each classroom incorporates dimmable fluorescent lighting. The Protégé system, utilising analogue input modules, monitors the ambient light levels inside the classroom and then, utilising analogue output modules, adjusts the room lights accordingly to obtain the optimum lux levels and maximum energy efficiency. External building lighting is also controlled by Protégé time zones with preset on/off times, including daylight savings periods.”
Along with this, classroom Co2 levels are constantly being monitored and should they reach a pre-programmed limit, the room ventilation system is automatically activated and remains on until the readings fall below the lower threshold. The ventilation system comprises exhaust fans and vent dampers which allow fresh air from outside to be drawn into the classroom.
And temperatures both outside and inside the building are monitored with the aim of having the internal classroom temperature at its ideal. If the temperature outside is closer to the required internal temperature, fans are automatically activated to draw air into the classroom. If the external air temperature is not the ideal source, the fans and dampers are shut down and the heating and cooling system activated to bring the classroom to the required temperature.

A Protégé touch screen is utilised in each building to allow authorised staff the ability to view and override some specific functions. The touch screen provides a very simple graphical user interface for staff to see, at a glance, current settings and levels and using a PIN, make small adjustments to temperature and lighting levels.
Lights, in particular, may be completely switched off when presentations and video programs are being played and when it comes to room temperature and ventilation, a small indicator panel is also placed in an easy to view area of the classroom to display the current status of the system.
AAA’s Dave Ward explains that although the system is designed not to be totally overridden which would reduce or negate its effectiveness in managing energy usage, flexibility in system design and its control allows authorised staff to easily make subtle changes to suit classroom usage.
When it comes to such control and programming the onboard Ethernet connectivity of the Protégé system allows connection of the system to a school’s network, allowing remote system monitoring, control and programming, negating the need to perform ongoing site visits.
“Initially setup as a pilot program, the success of this solution has seen Dave Ward and AAA Electrical Contractors installing the system into 84 Public Schools to date, with another 17 special order buildings on contract,” says Raatjes. “Dave tells us he has been extremely pleased and heartened with the positive feedback received from schools that have actually experienced savings, even in their early stages.”
Meanwhile, Christopher Chant, principal of the Mentone Primary School where a Protege system is installed, sees the solution as a huge leap forward in reducing his school’s ongoing energy costs.
“The cost savings in this solution alone represent real and actual additional resources for the school which can be utilised on improving education programs and expanding staffing resources,” he says.
“While currently only being installed in newer buildings, many would like to see this solution implemented in the entire school, representing an even greater impact on energy saving costs.”