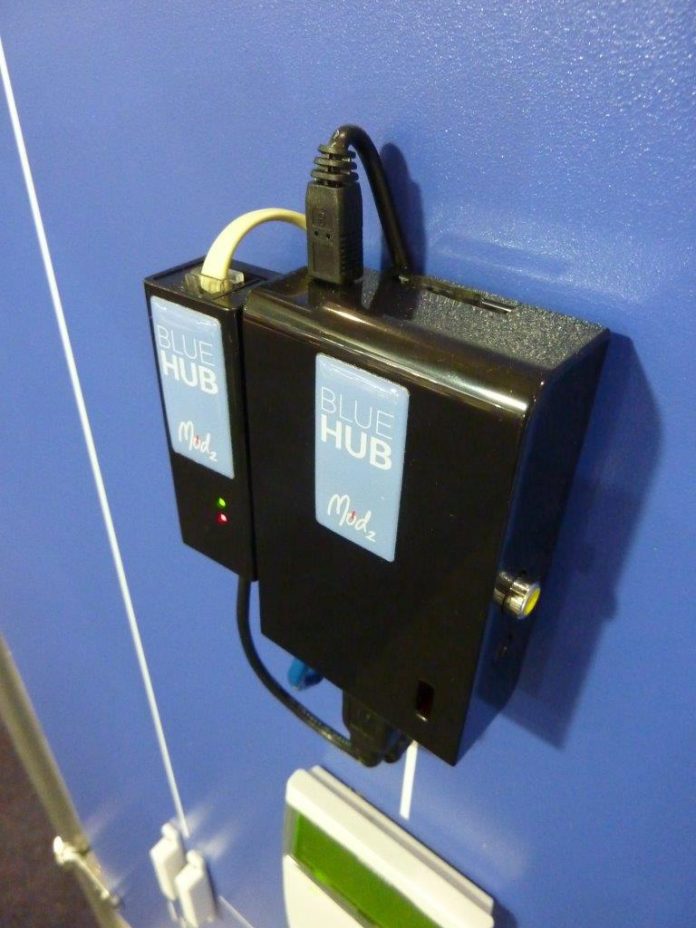 BENS BlueHub from Mod2 is a plug and play communications module that carries most dialler-based alarm panels into a networked environment.

I got a demo of BlueHub at Security 2014 in Melbourne with BENS’ Dallas Whittaker. In form it’s a compact solution with a simple double housing. The smaller module on the left of these images is an analogue-to-digital encoder, with ContactID coming in at the top. This module is bonded to the main comms unit, which incorporates power and a network port.

“We are looking at the basic version today – there’s a more advanced version that that allows browser-based remote arming and disarming of the supported alarm system using a smart device or internet connected computer,” Whittaker tells me.

“This version we are looking at is a relatively simple solution designed to allow alarm panels in areas which are being switched over to the NBN to continue to communicate with their monitoring station without interruption using the internet,” he explains.

“BlueHub is an Ethernet reporting device that will connect with most alarm panels that currently use Contact ID. Installers install BlueHub adjacent to an alarm panel, then connect BlueHub to power and a router. Next, they connect a phone cable from the dialler in the existing alarm panel to the phone port in the BlueHub module. It’s as easy as that – the upgrade is virtually plug and play.”

As well as being connected via Ethernet cable, the unit can also be linked to a network via Wi-Fi-enabled router. And the Wi-Fi router can in turn be connected to a 4G dongle (Optus,Telstra) allowing for failover of Ethernet to Wi-Fi (to DSL or 4G).

Lots of PSTN support for alarm panels is a key issue facing installers and end users in towns like Armidale, Kiama, Willunga, as well as parts of Melbourne and Tasmania, which were switched from POTS to NBN on May 23 this year. For these residences and thousands of others in the coming months, the only alternative to wireless is internet. 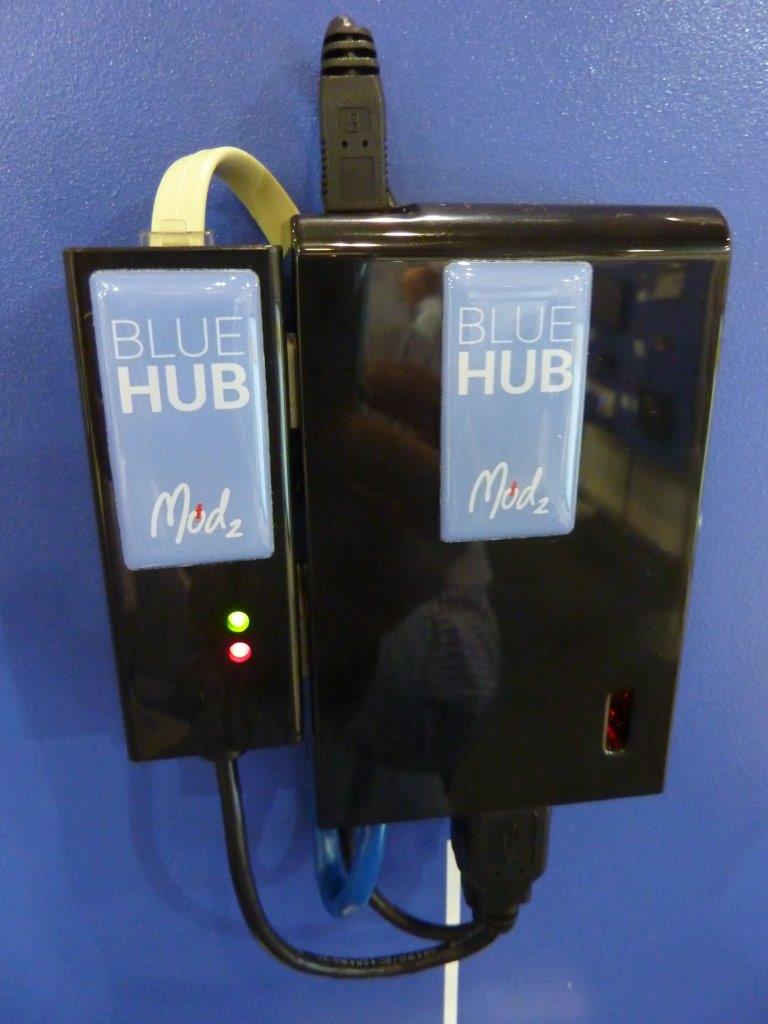 “We are working on installing this on NBN estates right now,” says Whittaker. “POTS started to be turned off late May and – it’s been going well, we had many installation companies buying BlueHub units off us specifically for this reason.”

Other neat features of the product include cloud-based configuration and firmware upgrades, onboard video encryption and compatibility with BENS’ catchClip video verification solution. The fact BlueHub is catchCLIP-enabled means it’s able to store video clips of intrusion events in an onboard SD card as well as forwarding them to the monitoring station.
This means if the internet goes down, images will be buffered onboard BlueHub so no video footage is lost, then sent to the control room when the network reconnects.

“There are already routers coming out like this with a 4G card onboard – you just put your UPS on the router and you are sorted, as far as communications failure on the physical comms path”

When it comes to installing BlueHub, the process is easier that you’d imagine. The dialler plugs into a standard 4-wire telephone port on the BlueHub and RJ-45 comes out another – there’s power going in. Once connected, the unit is registered with the monitoring station by the installer and away you go. Cost is 135 for the base unit – there’s a catchClip only unit which is $105.

As the POTS network is de-commissioned, installers need to give their customers something like this, or wireless, don’t they? I ask, not expecting the answer Whittaker gives me.

“What we are thinking is that they’ll do both cabled internet and wireless but the wireless backup will be in the next generation of routers – that’s where we think redundancy will ultimately reside,” he explains.

“There are already routers coming out with a 4G card onboard – you just put your UPS on the router and you are sorted, as far as communications failure on the physical comms path.

“That means wireless backup is not needed in a product like BlueHub – in fact, there’s no need for anyone to develop integrated wireless backup, because network equipment manufacturers are integrating this capability into their routers. And these new 4G routers are dropping in price really fast.”

Features of BlueHub include: