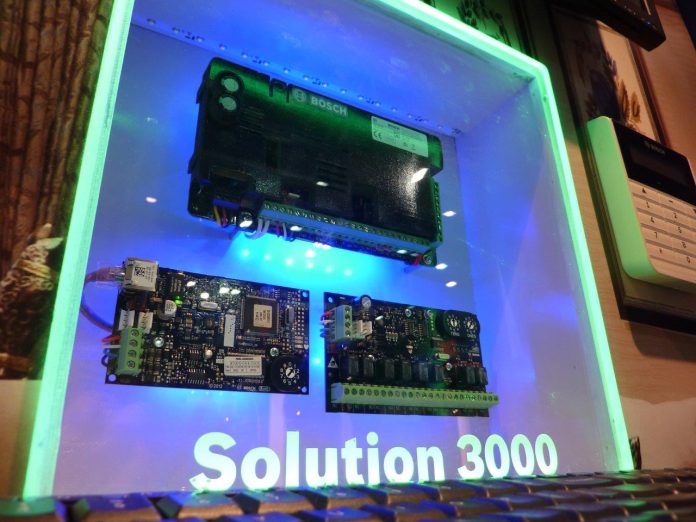 Bosch Security Systems has released its new Solution 2000 and 3000 alarm panels which are designed to expand and handle evolving automation and comms modules in the future.

THESE 2 new panels are important releases from Bosch and they show the company is well aware of the vagaries of the future in the domestic and small commercial market. The key thing is to offer a panel that is affordable, yet flexible enough take on a wide range of future technologies – particularly comms and automation.

According to Bosch, the new panels were built to meet concepts of lifestyle, connectivity and expandability. They also incorporate digital communications technologies such as SMS over IP, IP-alarm reporting, and the Bosch Remote Security Control app.

There are additional expansion options being released in the next few months that will give installers and end users a greater sense of the nature of these systems but there’s plenty of potential. The new modules include cool stuff like video integration and home automation. The controllers come in a black poly shroud inside a metal housing and it makes for a very compact footprint. Around the outside of the shroud are termination points. It’s hard to get lost when terminations are tagged and presented this way. There’s no fumbling around in dark places for untagged terminations. It’s a very nice looking housing, which was designed locally by Bosch’s James Layton. But while the panels have considerable local input, Bosch is in the process of standardising many aspects of product range.

“The panels are customised for the Australian market,” Layton tells me. “But the accessories, including sensors and keypads, are worldwide. This gives us access to more research and development in key areas – particularly automation.”

These new accessories include Bosch’s new RADION wireless family which comprises 15 different products, including motion detectors, window and other dry contacts, key fobs, and smoke detectors, surface and recessed mount door and window contacts, a universal transmitter. This makes it suitable for new installations, as well as for use in existing installations thanks to compatibility with existing DSRF wireless systems and legacy control panels from Bosch.

Bosch’s RADION family offers another special feature. By using up to 8 repeaters, remotely located detectors can be integrated in an alarm system, expanding system range up to 1350 metres. In addition to numerous mechanical design features to improve the ease and reliability of installation, all RADION peripherals can be automatically enrolled within the intrusion system.

According to Layton, the new 2000 and 3000 alarm panels replace Bosch’s existing Ultima range.

“For a start, the new panels double the number of zones we can offer,” Layton explains. “The old panel was an 8 zone, this new one is 8/16-zones, while the 4-zone panel is now 4/8-zones. In both cases the panels can be expanded by zone doubling or zone expanders. But more flexible zone expansion is only part of the story.

“We basically over-engineered these products and this allows us to bring them now with features like remote arm/disarm, remote programming and digital photo-frame function, as well as all the alarm functions, while offering the ability to expand in new ways.

“Because there’s built-in camera and microphone capability in the touchscreens, we can introduce an intercom, and there are apps for video monitoring,” Layton says. “Later this year we will bring out an analogue video integration module or the panels, along with home automation which will include integration with ZigBee and Z-Wave products – that means door control, lighting control and management of air conditioning.”
According to Layton, Bosch is working to push the concept of end user choice with these panels.

“As well as the various intercom, video and automation capabilities users can select from IP/NBN alarm reporting without the cost of wireless communications,” Layton explains.

“We over-engineered these products and this allows us to release them now with features like remote arm/disarm, remote programming and digital photo-frame function…while offering the ability to expand in new ways”

Noticing I’m checking out a wireless comms module, Layton tells me the module supports 2G/GPRS but the panel is optioned to handle 3G or 4G LTE comms with a module swap. This is good news, given Telstra’s announcement last month of 2G’s sunset before the end of 2016. According to Layton, Bosch has recently rolled out a common BUS technology for all countries – the SDI2 BUS.

“The Solution 2000 and 3000 panels have been completely designed for the Australia/New Zealand market,” says Layton. “Although the back-end architecture has been based on the US1B panels from the United States, the front-end interface of the panel has been built to fit the needs of our market and should be very familiar to any existing or past users of Bosch Solution panels.

“The key advantage of the common SD12 bus is that Bosch is always developing new technologies all over the world, and with a common architecture, it’s a very simple exercise to realise the benefits of these developments in all markets,” he says.

“For example, in the United States, we have just released integration with Zigbee and Z-Wave home automation protocols – now that this technology has been developed, we plan to bring it to the Solution 2000/3000 in coming months.”

Bosch’s Solution 2000 and 3000 intrusion panels have a variety of keypad options. There’s the LCD Icon keypad, an LCD Alphanumeric keypad which displays information in real text allowing users to quickly identify the cause of any alarm, and even to control multiple household areas simultaneously (such as separating the main house and an external garage or shed). Next are Touchscreen keypads which allow users to turn their intrusion panel into a lifestyle product with a variety of simple to use and aesthetically pleasing options and additional features.

While offering the same telephone line communication capabilities as existing intrusion panels, the Solution 2000 and 3000 also have available a range of communications extension modules that integrate directly with the panel and provide options such as mobile communications via the GSM and GPRS networks, along with IP reporting through the Internet.

The IP connection option makes the panel fully NBN-ready with the majority of monitoring centres in Australia and New Zealand able to handle the IP communications from the Solution 2000 and 3000. This offers the improved security of high-poll monitoring with no call costs.

Meanwhile, Bosch Remote Security Control app gives users full control of intrusion panels through AndroidOS or IOS smartphone. Users can arm and disarm a system, trigger outputs to run external devices (such as roller doors, air conditioning units, or smart lighting systems), or simply check what time the kids left in the morning for school – all of these features and more are built in to the intuitive and quick Bosch RSC app.

Local wireless control of Solution 2000 is easy with wireless keyfobs that allow users to arm and disarm their system, control external outputs and trigger a panic alarm if unable to reach the panel’s keypad. 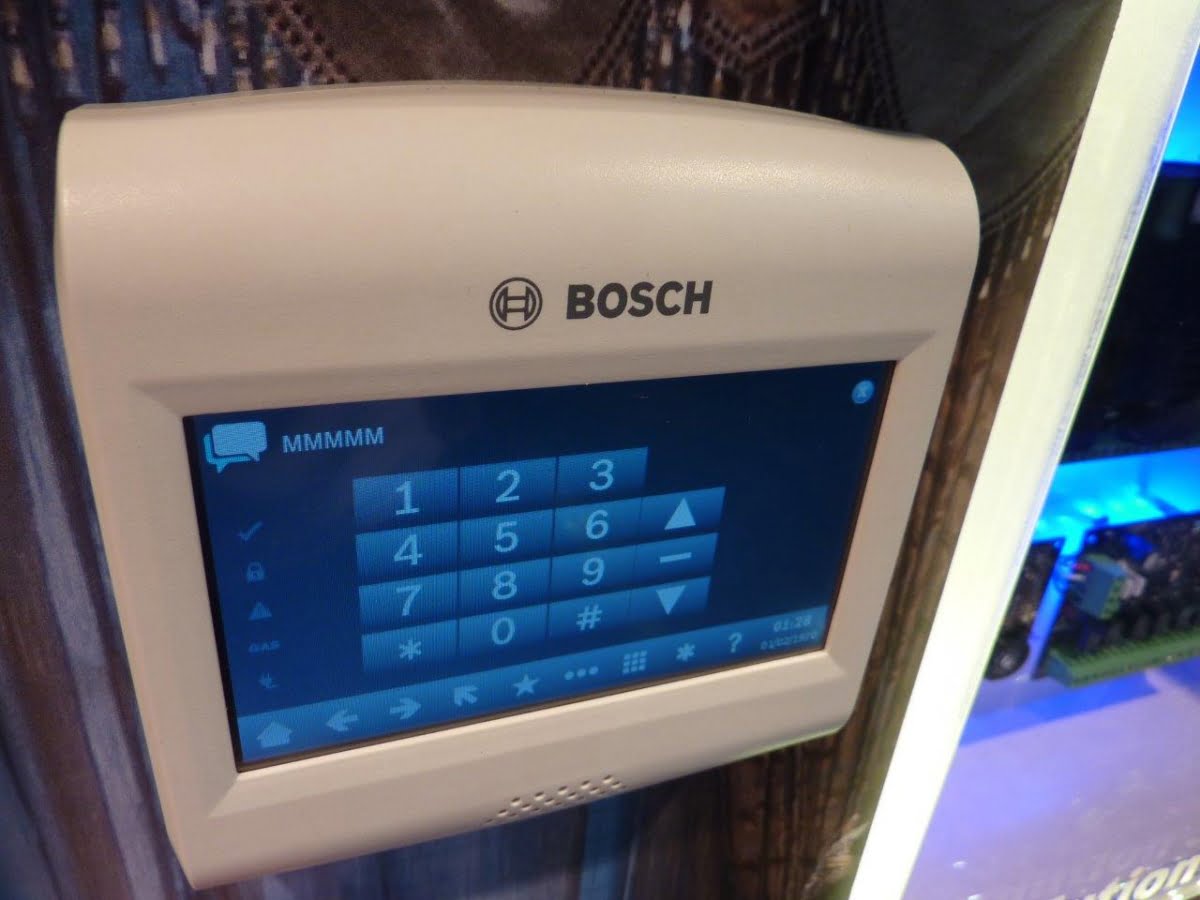 Taking wireless to the next level is Solution 3000, which includes the option to integrate with the Bosch RADION range of wireless transmitters. With a growing suite of wireless products such as motion sensors, door and window reed switches, and remote keyfobs, Bosch RADION will create new options for how you manage your home security.

With support for up to 4 keypads on both panels and the ability to be split into 2 separate partitions on the Solution 3000, you have the ability of 1 security system that can act as 2. Both the house and garage/granny flat can be covered by the one system at one cost.
Each partition can even report to a different monitoring centre if desired – the perfect arrangement for shared premises such as duplex houses or commercial properties.

By John Adams with James Layton

“As well as the various intercom, video and automation capabilities users can select from IP/NBN alarm reporting without the cost of wireless communications” 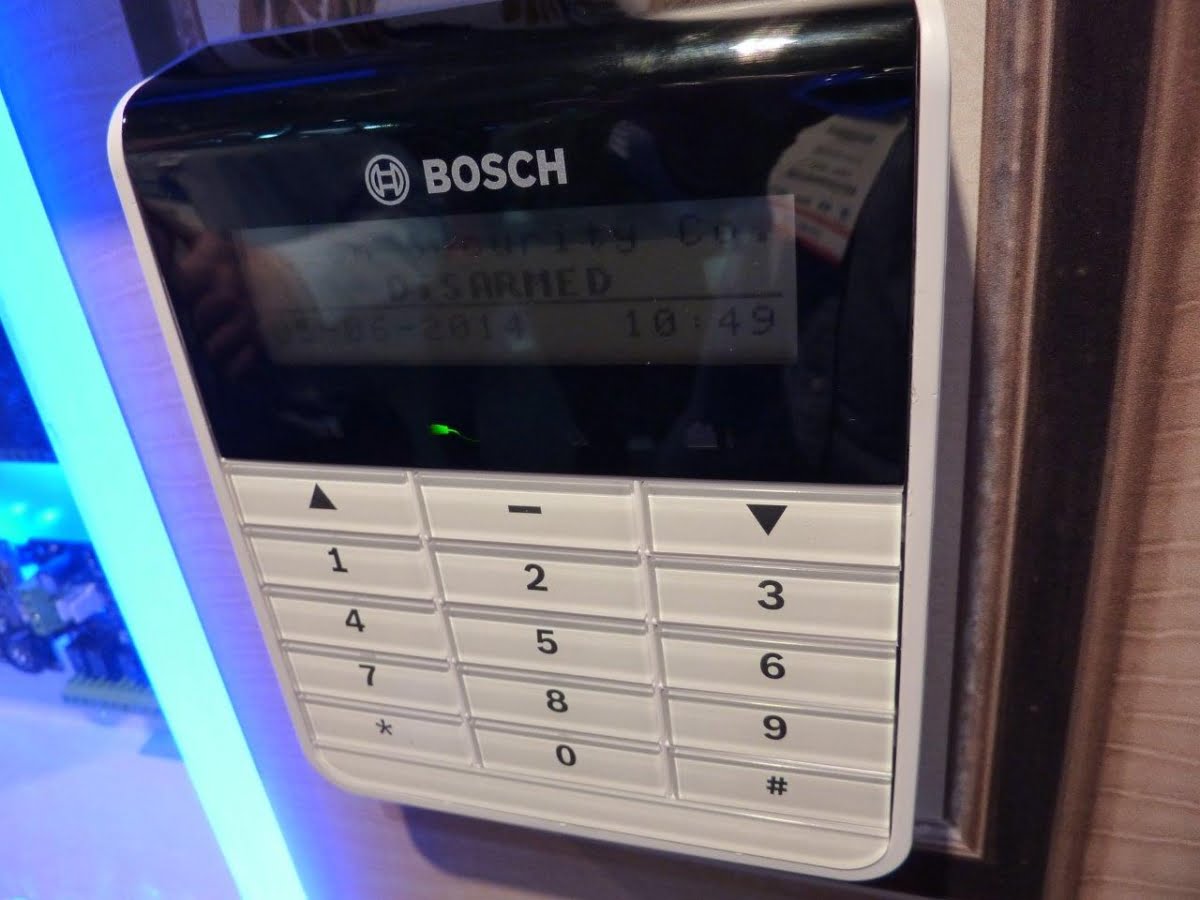